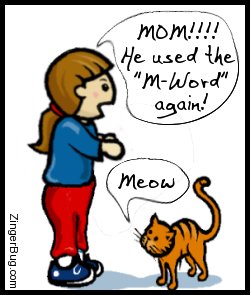 Okay I may need to do some explaining after yesterday's post as I received some very interesting inquisitive messages on my phone and Facebook asking me who the guy is and when the wedding is going to take place.

Miss C: So who's the guy? Can I see?
Me: He's a friend and I'm not interested in him that way. So it doesn't matter who he is.
Miss C: What does he look like? I still wanna see.
Me: He's orange in colour! Go look for him yourself.
Miss C: But this is very interesting. Have you not considered him?
Miss C: Well I don't know but I think you should give it more thought because cultural barriers always create problems and it sounds like he is very strict Muslim, am not saying that is a bad thing but you should know guys sweet talk sometimes.
Me: I told you... we're just friends...I'm not interested in him like that so you don't have to worry!
Miss C: LOL I was joking wallah I just wanted to have some fun I didn't know you would take it seriously.

I know, there are some funny characters out there! But people please hang on there for a second. Slowww dooowwnnn. I'm not getting married anytime soon and I have no interest in the guy I wrote about in my post yesterday. Zero. Zilch. Nada. I shall begin my clarification now.

"Becareful, your test in dunya (this world) will be your beauty mashaAllah. Choose your man wisely. Allah knows best."

What he said to me was so out of the ordinary for me. No one has ever put it in a such way and to be honest those words didn't sound like something he would say. Please don't think for a second that I consider myself so beautiful to think that my physical appearance is my test. I've never thought of it that way. He said it, not me. But I used to wonder why all the "wrong" guys were approaching me.

Once a colleague asked me what I planned on doing after graduating. "Hmm, I might do my Masters. But that's Plan B," I replied. "So what's Plan A? Getting married to a sugar daddy and then live happily ever after?" he continued. I remember looking at him with such disbelief when he said that. Keep in mind that this was during my pre-hijab days. "No. Not at all," was the reply I managed to blurt as I was still feeling pretty speechless at such rudeness.

What on earth made him think I was that kind of girl? Come on, me? Later on I found out several rumours were spreading about me. Why? Why were these men and women saying such horrible things? Why did they make such demeaning assumptions? I never actually refuted their hearsays. I guess at the time I thought it didn't matter much because people were going to talk despite what I had to say. People will always love a juicy piece of gossip, right?

It amazed me as to how little people knew about me. They were making all the wrong conclusions about me just because of the way I dressed and also possibly due to who my 'love interest' was at the time, but that's just silly because personality-wise I am still the same girl I was 2-3 years ago. I haven't changed a whole lot in that sense.

But what's worse were the "proposals" I received after that. Married men started to show interest in me. Young married men, middle-aged married men, old married men - the bottomline is they're married. They would try to sweet talk their way into my life. Seriously, why would a 40 year old be interested in being friends with a 20 something year old? Come on, I am young not stupid! I never told my family because I know how angry they would get if they knew... especially my brother.

I kept asking myself what prompted them to think I'd even accept? Did I give them all the wrong signals? Was it my fault?

I write about my feelings because sometimes that's the only way I can figure them out and I've always wanted people to know this other side of me that they never really had a chance to see. I know people look at me and they make assumptions. You can't always judge a book by its cover. Yes, the outer appearance does reveal a few things about a person but there's so much more to a person than what he/she seems. You never know what people are going through behind closed doors. So to all those who have judged me... stop. Through this blog you can see me as an 'open book'. "Read me, get to know me with some thought and intelligence, know the real me". To all my Malay-speaking readers this pretty much sums it up...


Mengapakah diri dijadikan sasaran
Sekilas pandangan pelbagai andaian
Sungguh terkilan
Seumpama naskah yang terbuka
Sesungguhnya tiada rahsia
Bacalah kenalilah
Dengan bijaksana
Siapa aku yang sebenar
(Dialah Di Hati, Siti Nurhaliza)
At the same time, I know there are readers out there who have gone through similar situations and I like to hear their opinions. I have to say, you guys posted some interesting comments yesterday! Thank you for taking the time to say what you had to say.

So back to that line he said to me. I felt like it was what I needed to hear right now. I am being tested and I do need to choose wisely. Marriage is a huge step and I'm in no rush. In fact I'm not even worried about it and I completely get why many men are afraid of commitment. It's scary when you don't know what you're getting yourself into. You can date a person for years and not really know them completely. However, once you meet the right person it feels natural to want to share your life with them and you just take it from there. To me, that's marriage. It's about growing together. A lot of people have told me that the heart will feel at peace when I am with the right person. I guess that's when I'll know.
Email Post
Labels: the trouble with love is...

Fairuz Izman said…
Assalamualaikum sis :)
I think it's natural for people to judge others by what the see on the outside, but with that said, we must not let appearances affect our judgements of people's characters.

I can just tell that you have an amazing heart just by the way you write and express yourself - I'm sure alot of sisters will agree with me when I say that. But say if someone who doesnt really know you, might judge you differently. Thats how the world is.

I know what it's like to be approached by unwanted men. Like seriously, I dont get it -I mean, I dress modestly, I lower my gaze...and yet they use Islam to come up to me and ask for my number?!? Ugh. I dont want a brother to ask for my hand in marriage because of beauty. I'd want someone who admires me for my piety and vice versa. Then again, attraction also plays an important part in the process. *sigh* It's confusing. I guess all these are tests from Allah. To test our patience and strength.

Before in my pre-hijab days, I would hate the idea of an "arranged marriage" or the halal way of dating...because I wanted to fall in love with the person first and then get married. I even hated the beard subhanAllah. how things have changed! If you put your trust in Allah, he will not fail you. But if you put your trust in his creations, you will be disappointed.

Anyway, dont worry about those men sis. They will always be around. InshaAllah when its your time, it will come. :)

Nevin said…
wow great post :)
and yes, it is about growing together. it is a huge step and it shouldn't be rushed. same thing happened to me, and it just hit me that this is a person i am going to spend the rest of my life with, i need to choose wisely! lol
2:05 AM

Nadia said…
hi! interesting post. when i read this, i know that i'm not the only one who faced the same situation.

i used to have relationship with married man. then i found out that he wants to be with me just because of his proud to have a beautiful, sexy and popular girl in the office. (until now i'm still thinking that i'm not beautiful, but my aura that caught people's eyes.)

Beauty and aura of your personality is a gift and test from Allah.

so, my advise to you and to myself as well, put total trust in Allah and do istikharah. May Allah show the right person for you and me.

hispanic muslimah said…
asalaamu alaikum Sha, sorry i haven't visited in a while.
it sounds like you are in control and know what's right for you.
Allah has already found your husband for you and will present him to you when the time is right iA.
12:04 PM

Anonymous said…
lol..yea thats normal. ppl just wana get up in ur business. ignore it. keep faith and go on. cheers

Nice speaking !
Im from The Netherlands..Read youre blog for the first time.But keep up the good work.

Z said…
I can't relate to the marriage stuff (insha'Allah, one day you'll find 'the one') but I can definitely tell you that it's incredibly frustrating when people judge you just be looking at you.
4:52 PM