Today I finally interviewed Yasemin Kanar a.k.a. YaztheSpaz for MB Muslima magazine. I said 'finally' because ya'll have no idea how technical difficulties almost stopped this from happening! FYI, Yasemin was voted the 3rd most inspiring Muslim sister in an MB Muslima poll called 40 under 40: The Stories of 40 Inspirational Muslims. 101 brothers and sisters were nominated and more than 7000 votes were casted, alhamdulillah.

I'll definitely let you know when the full interview is up on MBMuslima.com.

For now here are some behind the scenes pictures and video recordings from Saturday and today. 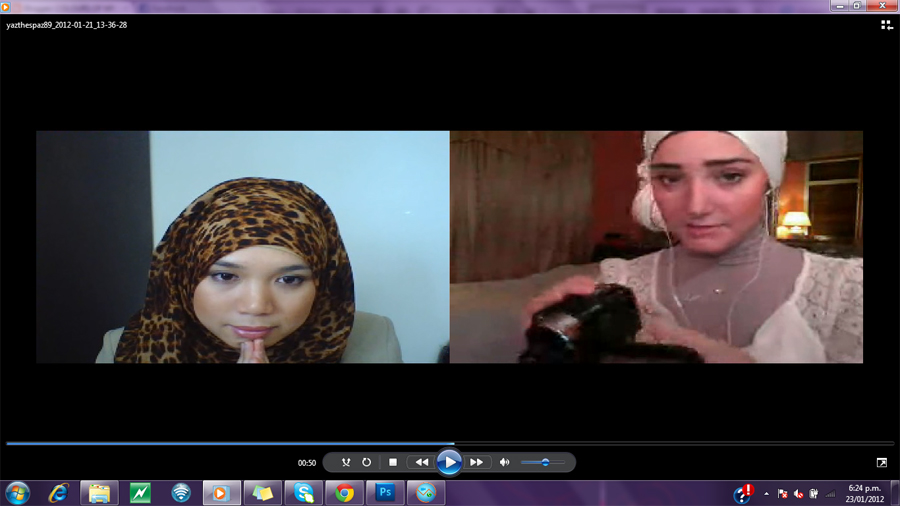 I was really hoping the video camera would work for our Skype interview. 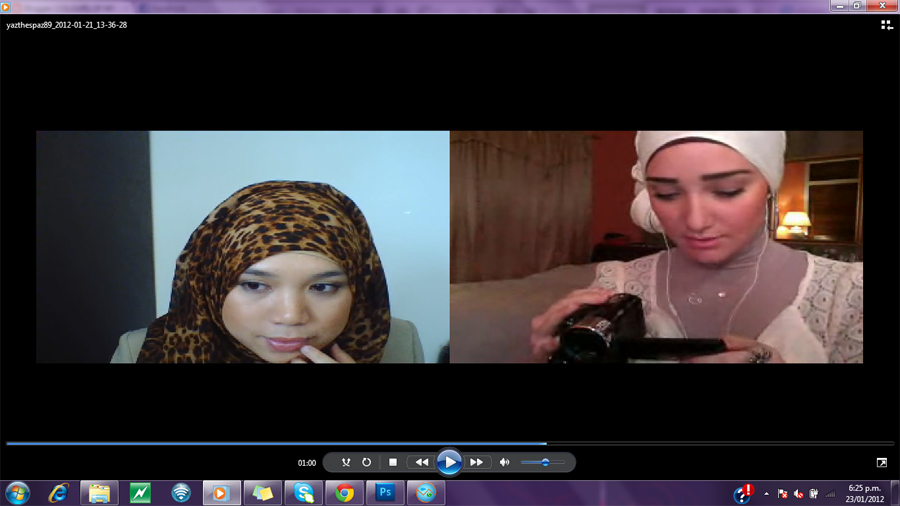 Yaz was very understanding and co-operative throughout the whole ordeal 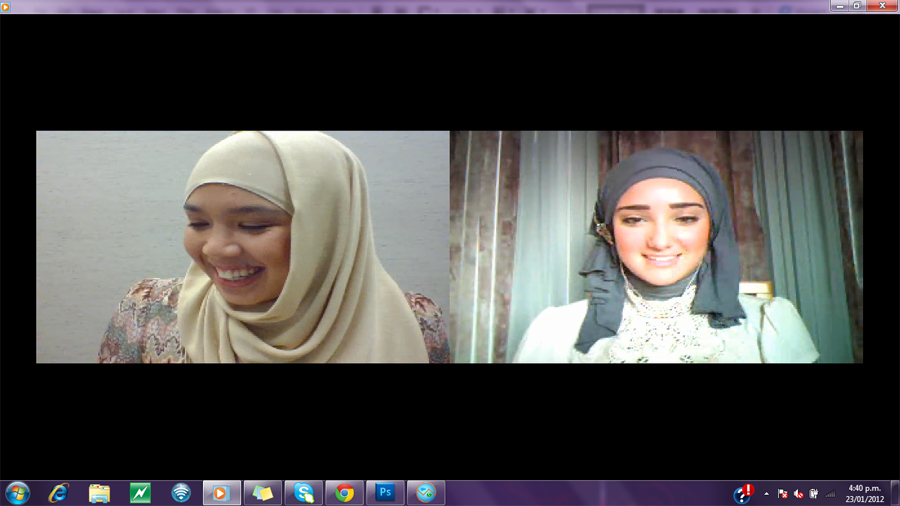 Let's give this another try, shall we? 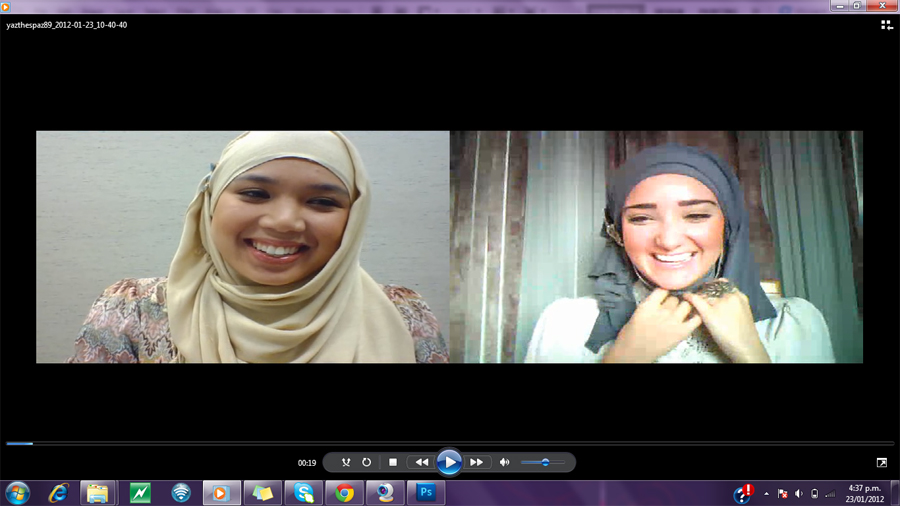 Came up with this hijab style while getting ready this morning. Nothing particularly special but I like the drape effect on the side and front.

Small talk while setting up. Check out my reaction when Yaz told me at what age she started wearing the hijab. *I'm such a goofball, I know*

Honestly, I didn't know what to expect when the editor of MB Muslima told me that she wanted me to interview Yasemin. But I've learned that not only is she super gorgeous and picture perfect, she's also sweet and down-to-earth, mashaAllah. We clicked instantly and I genuinely had fun talking to her because it felt like I was catching up with a friend I had known for ages. We talked about her Mum (whom she says is her biggest inspiration), her 4 month stay in Turkey (she was born in America but she is half Turkish, half Cuban) and she even showed me the beautiful lake behind her house. I just love her personality and I admire her confidence. She's the kind of person who would light up any room she enters. She is truly blessed, mashaAllah, and we really need more Muslim women who can be role models by sharing their strong and confident personality with the world.

Alhamdulillah, I didn't just make a new friend out of this experience, I've gained a new sister in Islam.

Aisha said…
Too cute. You're both stunning masha'Allah. It's always so nice to meet another sister from a completely different part of the world and just instantly click <3

Anonymous said…
both of you are so gorgeous!!i always adore your hijab style it always suit your beautiful face ;)
1:46 AM

Noor Of My Life said…
Wow i never thought id see two of my favorite internet girls together, you both look fab x
5:46 PM

Shahirah Elaiza said…
Ashi, thank you! Tbh, I think I look like a complete goofball next to her lol. She's so pretty, mashaAllah. And yes, it's amazing to "meet" another Muslima online and connect so easily. That's what I have with you too <3

Anon, aww thank you for that lovely comment. I think she's farrr prettier mashaAllah but thank you =)

Noor of My Life, that's so sweet, thank you. It happened by chance. You never know what life is gonna throw ya esp. when you become a blogger ;) xo
6:22 PM

Zara A said…
Aww, Both of you are beautiful! Masha'Allah! I think its so great for a chance to get to know another sister in the world. Such a wonderful opportunity! I can't wait to see the interview.
I must say sister Sha, I agree with Ashi I love your cute accent!
xx
10:27 AM