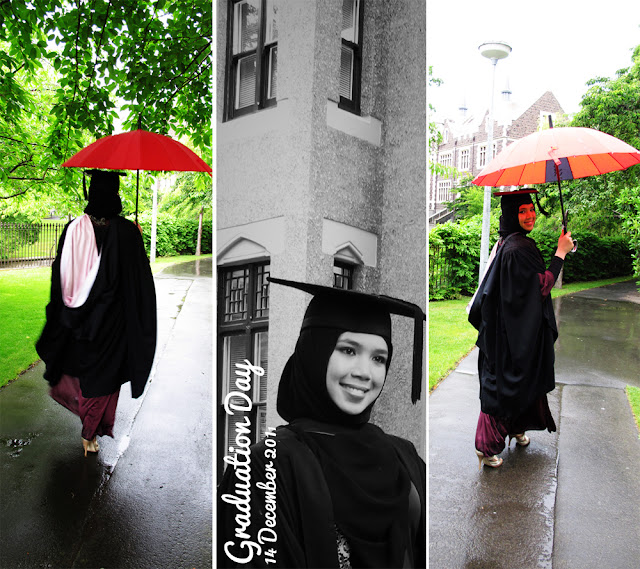 Nobody wants it to rain on their graduation day. But it did on mine, as predicted. Thankfully it wasn’t raining cats and dogs. Just one of those light drizzles which is very typical of Dunedin weather. The day began with a morning tea session with the staff and fellow graduands of the Department of Media, Film and Communication Studies. It was our chance to congratulate one another and introduce family members to our lecturers. I handed my supervisor a gift bag of roti canai and a ‘thank you’ card. He is a Singaporean Indian so I figured he would appreciate some food from home. Well not quite but close enough. It was the least I could do after all the support and encouragement he had given me. I’ve come to realise that there are two types of lecturers in this world – the ones who make life a living hell for students and the ones who want to change a student’s life for the better so they can succeed. My supervisor, who is also the Head of the Department, is the latter. Alhamdulillah. 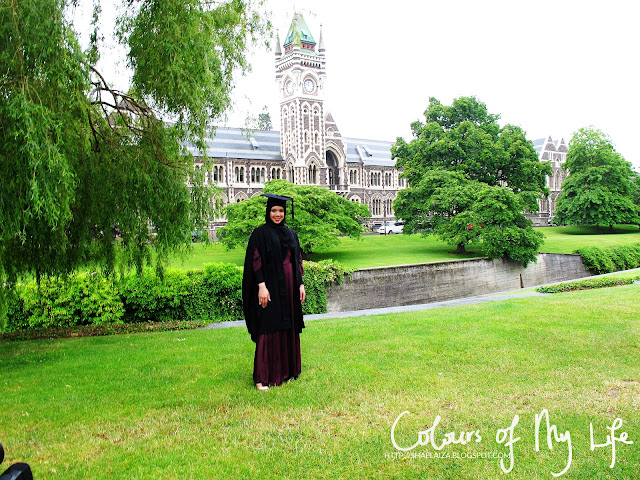 Later in the morning my family and I had a session with a photographer to take pictures of us around the university campus. Even though it was raining she was so lovely and chatty that we actually had fun during the photoshoot. 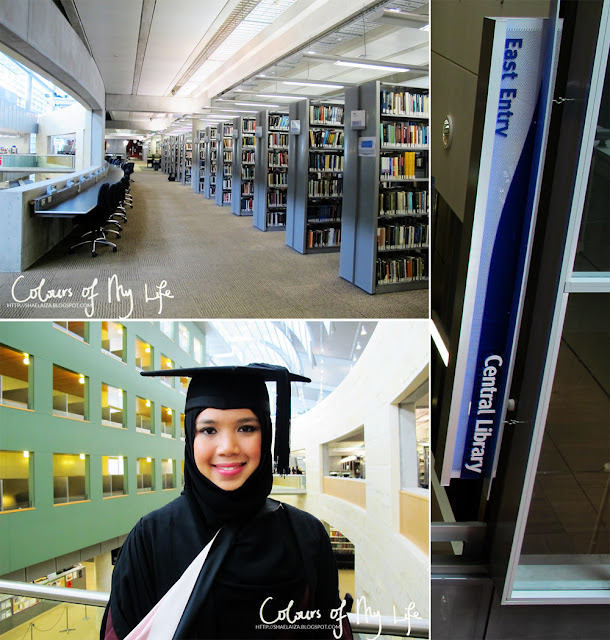 After the photo shoot ended my family and I continued to take pictures around the university, especially inside a building that has played a monumental role during my years at uni  – the Central Library. 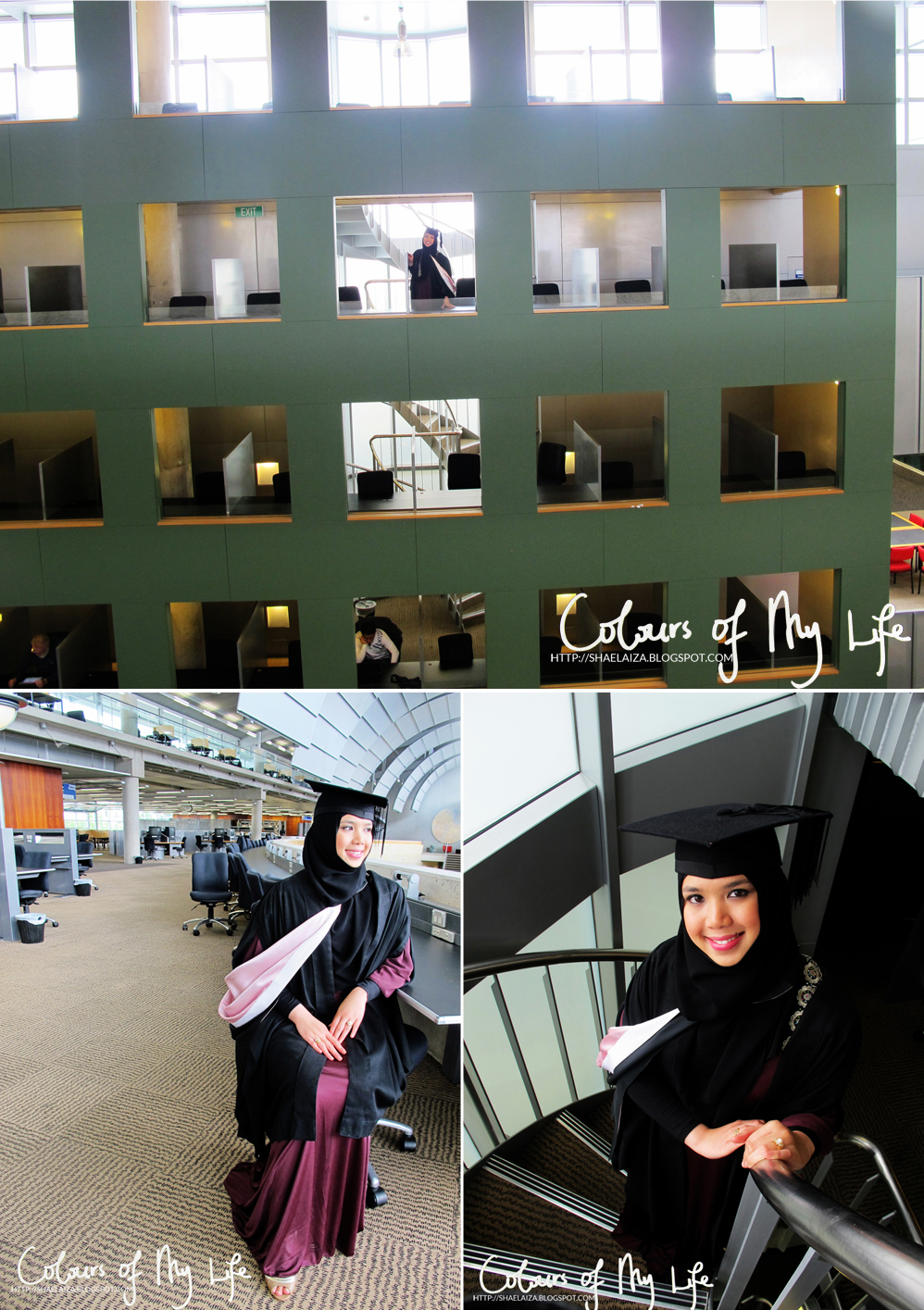 Don't be fooled by its emptiness in these pictures. The semester is over by December and students are on their summer holiday. It is usually full especially when exams are coming up. We have several libraries on our campus but everyone goes to ‘Central’ not just to study but to chill out with friends at ‘The Link’ over lunch (and sometimes dinner) or to take part in some ‘people watching’. Ah, I will miss the crazy shenanigans that would happen there. Guys dressed up in pink ballerina tutus and prancing around the study areas for God knows why. Or that time Pharmacy students and Medical students had some sort of a “battle” with faux swords to resolve their rivalry. Yes, this all happened inside the library because you see, it's no ordinary library. It's Central. 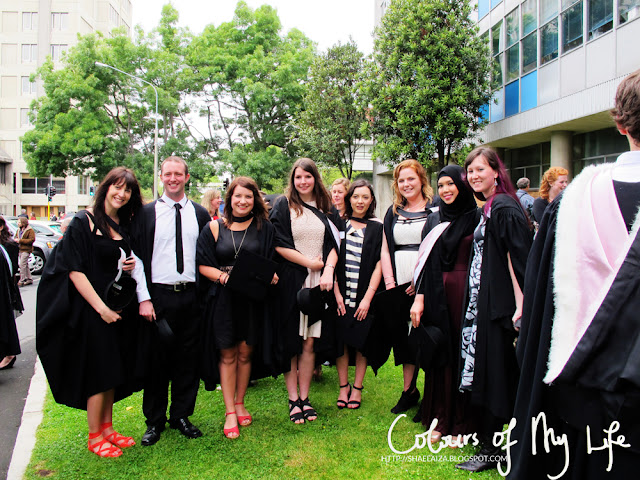 The rain stopped just in time for the much anticipated marshalling of students and lecturers. After taking pictures with fellow Honours classmates, we marshalled from campus to the Regent Theatre through the city’s main street where family, friends and by-standers would cheer for us. 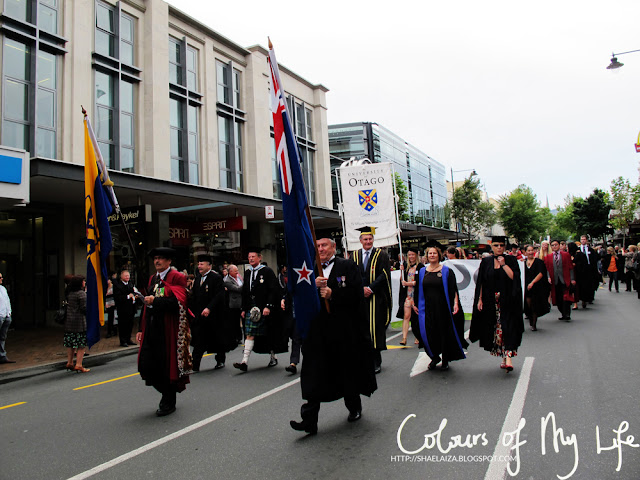 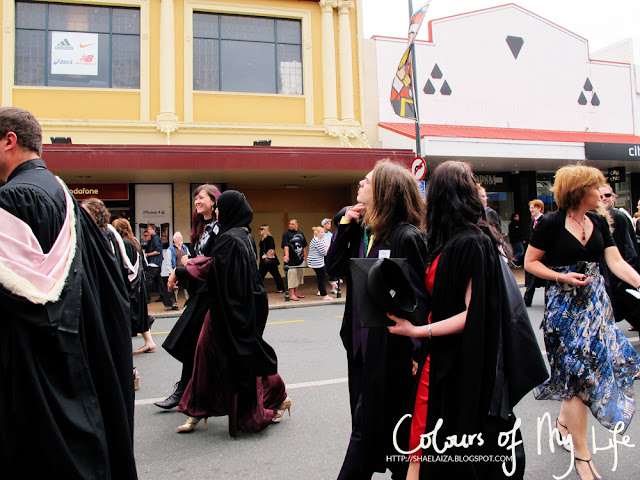 It was the highlight of the occasion. By the end of it my classmates and I wanted to do it all over again. You can watch videos of it over here. 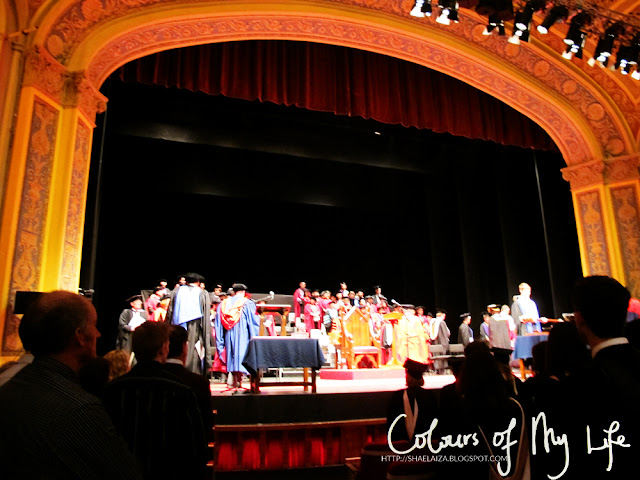 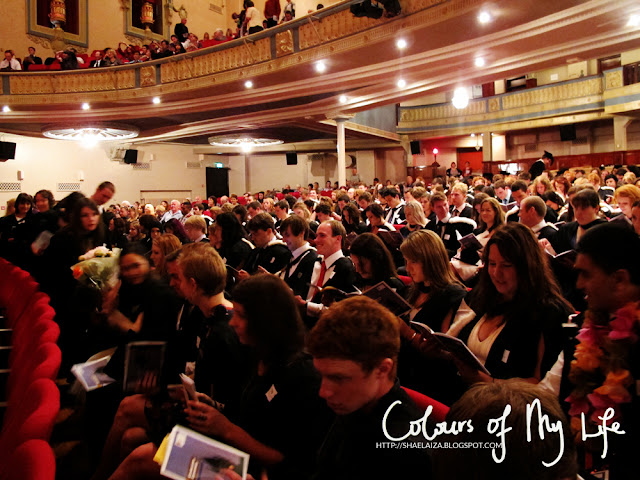 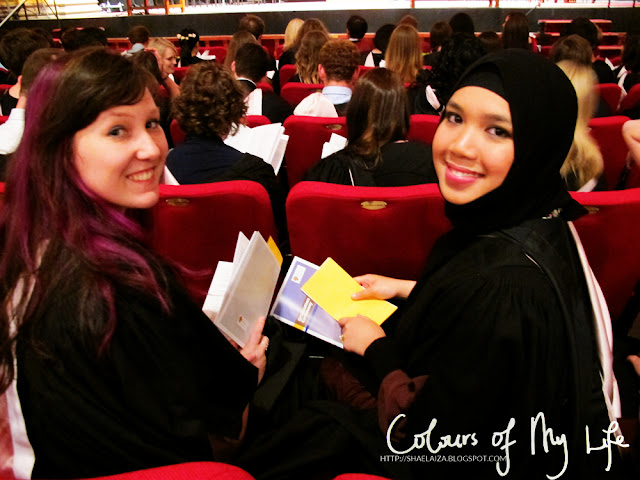 The wait inside Regent Theatre was kind of nerve-wrecking. I kept thinking about the various things that could go wrong while I was on stage. Like tripping over my dress or something. But it helped that I was seated next to Susan, a classmate and a dear friend of 4 years. 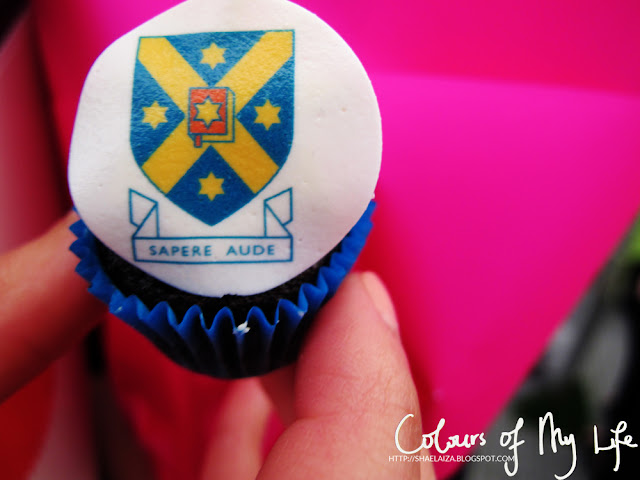 Finally, at 4.30 pm the ceremony ended. I was famished and exhausted by then. If you were there you could tell from the look on my face because it pretty much said “I’m-so-tired-and-hungry-but-happy-at-the-same-time-actually-all-I-want-to-do-right-now-is-eat”. Before heading to Angus Steakhouse for dinner we grabbed some of these yummy cupcakes from the graduation marquee. It had the Otago University motto “Dare to be wise” written in Latin on it. I think the motto pretty much sums up what I’ve learned from my varsity experience.

The lectures I’ve attended, books I’ve read, relationships I’ve formed and struggles I endured have taught me that you must have courage to be yourself. You need courage to pursue knowledge and you need knowledge to have the courage to materialise your dreams. When you want something, go for it and don't give up so easily in your search for knowledge because knowledge is power. Knowledge is freedom and as one of my favourite Islamic sayings goes: “Knowledge is a light in the heart.”

P.S. If you want to see videos of my graduation day, they're over here.
Email Post
Labels: life in New Zealand

Farah said…
Your silent reader for ages, but this time would like to give you a huge congratulations!! Here's to crossing the finishing line and to new experiences & challenges ahead! Love your blog inputs - always!
8:16 AM

Anonymous said…
Congratulation Shahirah! And you're so ever pretty! :)

Shahirah Elaiza said…
As Zara said, "Where there is hard work there is always reward in the end." Thank you for your well wishes everyone.

Farah, it's always nice to hear from "silent readers" lol. Thanks for commenting this time!
4:54 AM

Aisha said…
Such lovely photos! And the library looks so cool...I love libraries where there's loads of students milling around and studying [some of them do, anyway :p]

Haute Muslimah said…
Oh my gosh, Congratulations!!!!! I'm so happy for you!! And you look beautiful
12:31 AM