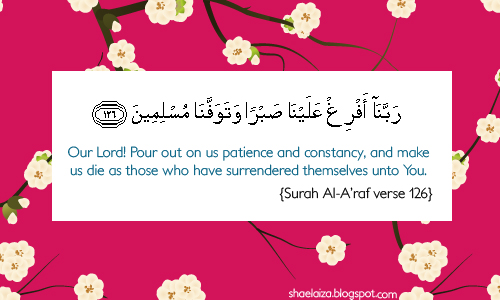 My schedule's been very tight lately and I was lucky to chat with Chloe for literally 5 minutes yesterday. I hadn't heard from her in a while. I know she's been busy with her family in Australia because her sister just had a baby boy masha'Allah. During our chat Chloe told me some shocking news about Cairns. A cyclone was coming to hit the city and she was in the midst of trying to find a way out of Cairns. I told her to keep me updated and before I could say anything else she had to go.
I received a message from her today and it said:

salam sha! thought id give you an update - we couldnt get out of cairns, it was already too late to leave so we are staying for the storm. its 3.30pm at the moment and the storm is expected to hit the coast at 10pm. the weather is pretty bad at the moment already, winds are at 75km/hr but will go up to 300km/hr when the storms hits. theyre saying its the worst storm in living memory, and its going to bring flooding as well (storm surge on top of high tide so itll be a couple metres) our hotel is cyclone proof so inshaAllah it will withstand everything. im sposed to be flying out on friday at midday but i doubt that will happen, i think cairns is going to get pretty destroyed. we will lose power when the storm hits so i wont be able to contact anyone and it might take several days for the power to come back on. inshaAllah i can get hold of mum and helen after everythings over via text and they can send you a message letting you know that we are ok. keep us all in your duas, its pretty scary here. love you lots xoxo wa alaikum asalam

Oh my God! What is happening to the world? We have floods in Australia and Malaysia and political unrest in Egypt. And now we're adding a cyclone to the list? This all feels like a horrible nightmare.
Please say a prayer for our brothers and sisters in Islam and in humanity who are in dire need of His help and protection right now. For those who know my friend Chloe, please, please say a prayer for her and husband who are stranded in Cairns at the moment. InshaAllah, they will be safe and we'll hear from them soon. 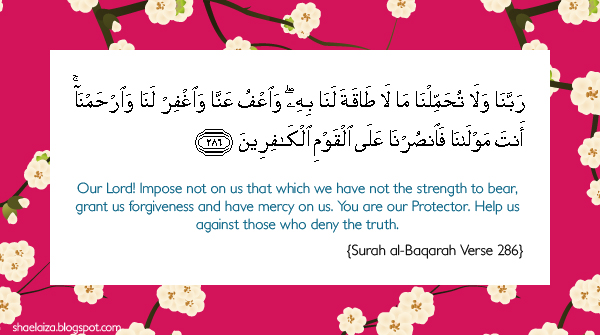 washi said…
Thanks for sharing...I have been following the reports on the news channels...praying for everyone's safekeeping insha'Allah..
11:15 AM

RS said…
I know what you mean. I was at the gym, and while running on the treadmill, I was watching the news on the TV that was on the walls. I thought, Wow, its like the signs of kiamat I learnt in school

My prayers are with all of those close to danger.

InsyaAllah, everythng will be fine.
3:01 PM

{f a r a h} said…
kitaorg yg in perth ni pun can feel rasa takutnya, i cannot imagine ur friend actually there...

thats why coverage in egypt dkt oz ni x byk sgt sbb we were too busy with cyclone from the one in perth to the the cyclone yasi...
7:16 PM

Washi, I saw the pictures and footage. It reminded me of the tsunami aftermath. Thank you for your prayers.

RS, it's heartbreaking to see what's happening on Earth at the moment. People losing lives, families, homes. It's a good wake up call for all of us.

Farah, yeahhh that's the media for ya! They focus on news that is most relevant to their country and culture. There was a cyclone in Perth?! I tak tahu pun! I hope you guys are ok!
10:19 PM

Chloe said…
JazakAllah khair Sha for doing this, and thank you to everyone who made du'a. It honestly paid off, I can't believe Cairns escaped major damage (it was looking really bad!) My hearts go out to the towns further south that were practically demolished, but alhamdulilah there were no deaths or serious injuries. SubhanAllah! In fact, 3 babies were born during the cyclone in evacuation centres alhamdulilah :)
5:33 AM

Shahirah Elaiza said…
Farah: A cyclone is still a cyclone ok! Happy that you are safe =) I think Chloe just answered your q, alhamdulillah.. =D

Smiley: What's happening in Egypt is really scary. At least we know our fellow Egyptian bloggers are ok.

Chloe: Yay Chloe's back! Alhamdulillah =) But just like you I feel for those who have lost their homes.
10:38 AM