The "Look At Me" Culture 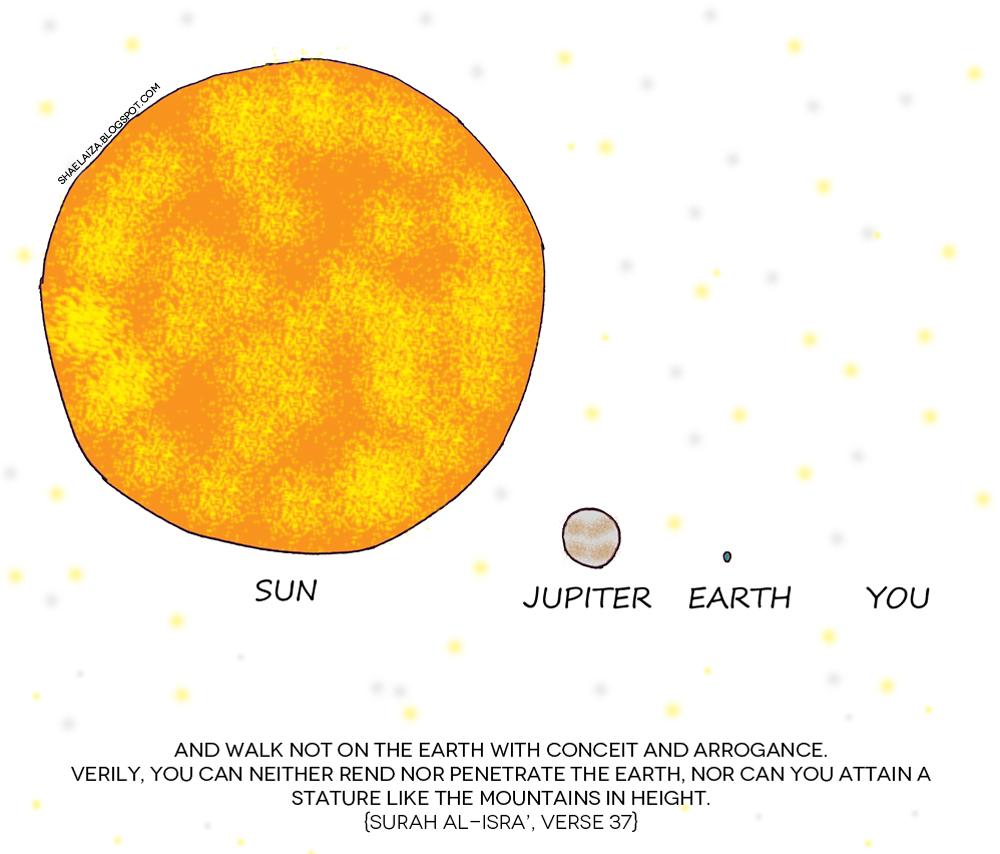 (And clearly not an artist either)

But I wanted to address an issue that many of us are struggling with in the 21st century. Particularly the Internet-driven youth.

As in a tendency to display one's abilities or to behave in such a way to attract attention.

We live in an Internet age which encourages exhibitionism or the "look at me" culture as a form of self-expression. Blogging, YouTube, Facebook, just to name a few. I personally believe it's not always a bad thing but it can become dangerous if we think it increases our self-worth in anyway. I can see that there's a trend these days. People think of fame as the ultimate achievement. Reality check: Being famous doesn't make you a better person unless you do something positive with your fame. Don't fall for the illusion that fame can do wonders for your self-worth. There's a difference between self-image and public image. What you're worth is between you and God because no one else knows you the way He does.

The problem with exhibitionism is that it encourages materialism and narcissism.  It thrives on the idea that a person's worth is measured by the things they own and what others think of them. The society we live in will make us believe this is true. It drives people to constantly seek the approval of others and we've seen how disastrous this can be. Sometimes to the point that we become completely self-involved and arrogant but the truth is we don't really deserve all the praise that we receive from people. We already know this. We say it at least 17 times a day.

The things we have or who we are today is partially due to our efforts but without God nothing would be possible. So if God tells us to be modest and humble we should at least try to do so instead of spiralling into a frenzy of 'me, me, me'. I came across a really good quote the other day: "Humility is not thinking less of yourself but thinking of yourself less." ~ C.S. Lewis

It's good for us to be proud of our achievements as it boosts our self-esteem and lack of self-esteem is why people seek the approval of others in the first place. So it's actually healthy to acknowledge our strengths and capabilities but at the same time, remember to thank God for what you have. Yes, you may be intelligent but Allah gave you a brain and the power of understanding. Yes, you may be rich but Allah gave you drive and ambition and the means to work. Yes, you may be physically attractive but Allah is the one who created you. And it won't hurt to realise that no matter how significant we are in our social circle or community there is an entire world and universe (or universes!) out there and we're just a very small part of it.

Having said that, isn't it amazing that God knows the prayers, intentions and deeds of each and everyone of us? And that He is the one who helps and protects us when we ask from Him? Another testament to His Majesty and Grandeur.


Verily Allah knows (all) the hidden things of the heavens and the earth: verily He has full knowledge of all that is in (men's) hearts. {Surah Al-Fatir, 35:38}

And We have already created man and know what his soul whispers to him, and We are closer to him than [his] jugular vein.
{Surah Qaf, 50:16}
Email Post
Labels: inspirational verses and hadiths

purplelurve said…
i think it has been kinda trend for ppl nowadays to get so attached with social media, especially in telling the world how good they are. well, i can't deny that as i am part of it too. We MUST start to overcome the syndrome and behave smartly. Thanks Sha for the AWESOME post!
2:25 AM

Anonymous said…
I like how you have addressed the matter! Thank you for pointing out.
3:08 AM

amirahms said…
MasyaAllah...thanks sha for this great article...definitely close to my heart...ur writings never fail to amaze and enlighten me...keep up the hard work :)
7:44 AM

Shahirah Elaiza said…
@purpelurve, it's easy to get sucked into it when everyone else is doing it too. I'm glad I realised it and I'm trying to change my ways too, inshaAllah.

@✾βιττεη✾ , aww thank you! Now I have to find out who Samantha Brick is =)

nozomi, I'm glad the article has enlightened you. Alhamdulillah.
8:13 AM

Unknown said…
Great post, Shahirah! And I like that drawing so don't underestimate your artistic abilities. =)
8:18 AM

The response to her article has been... interesting!
8:20 AM

Shahirah Elaiza said…
@Hnia, haha may God bless you for making me feel a little bit better about my drawing!
8:40 AM

The Black Jubah said…
Being a mother, I completely agree with you...just what are they thinking.....
11:49 AM

afia said…
I've read your blog and also in the same time, I was reading this book by Howard C. Cutler - 'The Art of Happiness'. And what I gather... 'Exhibitionism' causes oneself to be 'Self absorbed'.

And from what I read in the book, self absorption makes people forget to be thankful and forget to think of more important matters in the world. Self absorption also causes us to whine alot, complain over simple things and makes us unnecessarily suffer over matters of hardship in life..like breaking up or having loss of a dear loved one.

Suffering in life is a natural process..and we should not be sad for too long and should move on..we should not be drowned by ourselves (self absorbed) thinking of suffering.

Thank god you've pointed it out, and that I've read it from this book. A real eye-opener..alhamdullillah. Keep on blogging Shaelaiza :-) Love the doodle drawing btw.
2:36 PM

aishah amin said…
MasyaAllah. All praise due to Allah. Thank you for this beautiful post Sha! <3
9:46 PM

Shahirah Elaiza said…
@afia, thank you for sharing that =) I completely agree with Cutler. There are so many benefits to being modest and humble. That's why it's encouraged in Islam. God really does know best!

Erina Z Ellias said…
Sorry dear, a bit out of topic. But I was blog hopping and came upon ur blog. I know I have you as my FB friend. Are we like related or something? Tak berapa ingat lah.

Nazihah said…
What a great post masha-Allah. I think I used to be like this, and perhaps sometimes still is (May Allah protect me and all of us from this).

It definitely is an interesting observation and I wonder sometimes why more and more people, especially youth are becoming more 'exhibitionists'. I think one of possible reason is that as the society's interaction shifts more towards online interaction, and leaving the 'offline' or the real world behind- its harder for them to find meaningful connection from real people especially their family. This is especially worrying when parents nowadays are much more interested in their gadgets. Perhaps, in their young mind, they have to be more 'out there' to be heard, to be seen, to be cared for.
6:25 AM

Misha iCan said…
MA Shahirah, you covered the topic really well. As a blogger, I know its easy to get caught up in the exhibitionist culture without even knowing it. Thanks for making us all aware as it is something easy to slip into what with FB, Twitter, and everyone acting like they are a celeb.
Jzkk,
1:14 PM

Anonymous said…
Alhamdulillah and thank you for the post, this is indeed one 'iman-damaging-issue' in current society, ppl get too indulged in the so called-glamourous-internet life.

Shahirah Elaiza said…
@Erina, hi! Yes we are somewhat related. I don't know how to explain it though.

@Nazihah, thanks for sharing your thoughts. I think one of the problems is this undying desire to be famous. People will do anything to be famous these days. It's crazy! And the Internet has exacerbated that.

Raja Iva Adnanne said…
It's so difficult to write a post on ur blog when I'm using mobile browser :( I'm stil ur regular reader and loving all ir posts.

Anyway, just few weeks back I was having te same exact thought and have finally managed to deactivate my fb profile. Have always used excuses like wanting to get gret quotes from the muftis etc etc. but I have finally realised it's just an excuse. It's a spontaneous decision on closing the b profile and Alhamdulillah, I glad I did it.

I'm sure those who wanna really keep in touch will find a way to do it. Whereas stalkers will remain stalker. Life without fb has been great. The less u know about others the better as u'll find time to really connect with those that matter most.

Alhamdulillah I'm glad Allah has given me the hidayah to look at more important things in life and thank u to u for reminding. I'm sure our meet up was a fate :)

Shahirah Elaiza said…
@Iva, I know what you mean. FB is getting annoying! But I find FB is handy to stay in touch with friends who are far away and don't have BB or whatsapp.

Good on you for deciding to focus more on those who are near and important to you =)Alhamdulillah!
8:10 PM

Anonymous said…
great post. I think this phenomenon is more relevent today, as you pointed out, than ever before, and it'll only get worse as technology makes it easier for people to broadcast themselves for selfish and superficial reasons.

BTW, your drawing reminds me of what an astrophysicist said about humans "acting up," as she put it. It was an interview I listened to long ago, and this lady, the astrophysicist, said that humans take themselves to be so important when in reality the entire human race is this tiny, tiny, tiny, tiny speck that's part of billions of galaxies in the universe!

I tell this to my friends who like to post every tiny step they take on FB/other voyeuristc venues(seriously, we'd be drinking smoothies and they'd want to update what flavor they're enjoying!!). sorry for the long comment, and thanks for the post as always.
11:43 AM

Shahirah Elaiza said…
@Anon, social media sites have definitely increased narcissism and voyeurism like never before! I think it's starting to get out of hand as well.

Now that I'm older (and hopefully wiser, inshaAllah) I think there's no NEED to update people about everything. Not everyone has your best interests in mind. Some people just like to be nosy.

I am now more careful about what I write on Facebook and my blog. I try to refrain from blogging about my family because I'm very protective of them.

It's a personal choice but I think sharing experiences (on FB, blogs, etc) is fine as long as you do it in moderation or to benefit others.
10:40 PM