Faith Friday: The Power of Bismillah 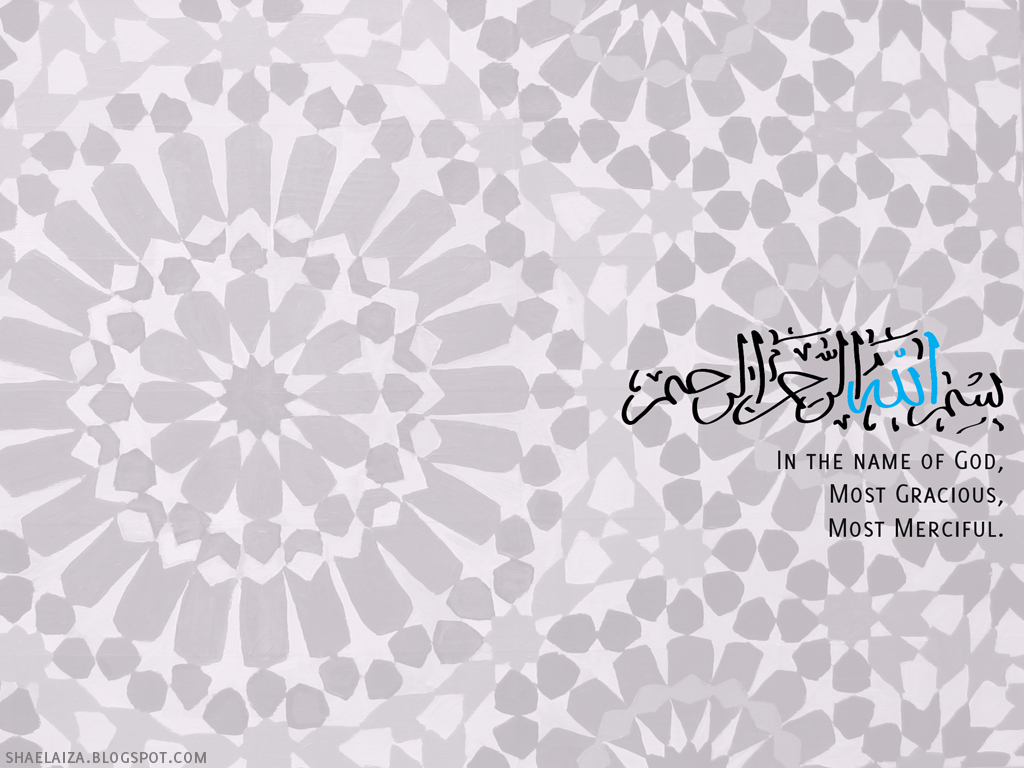 How important is the name of Allah (subhana wa taala - Glorified and Exalted be He)? As narrated by Imam Muslim, Prophet Muhammad (peace be upon him) said, "The world will cease to exist, doomsday will start, when the name of God - Allah (subhana wa taala) is no longer mentioned". This name is why creations exist. This name is why we're still functioning as humanity.

'Bi' can only function with a verb so where is the verb in this beautiful sentence?

For example, in Surah Al-'Alaq, the word iqra' (read) represents the verb:

Iqra' bismirabbik al-ladhi khalaq
Read! In the Name of your Lord, Who has created (all that exists)

Allah (subhana wa taala), out of His amazing Mercy and Love for his creation left the verb out so that everyone that reads the Qur'an - they have their own drama in their lives, they have their own problems, their own successes and achievements - every single being who reads bismillahirrahmanirrahim becomes an active member of the narration by placing the verb that is most important in their life (e.g. intention and action) in front of their statement (of bismillah). So not only do we actively put our own objects, verbs, subjects, predicates and statements in the Qur'an, we become part of the narration... and not only are we watching from a distance but we are now moving along with the ayat of Qur'an, putting our own verbs and objects, etc. as our experiences relate to the Qur'an.

The word 'ba'  in  bismillah is a means of  isti'aana - seeking help. So when you say bismillah you are seeking the help of Allah (subhana wa taala) when you are doing something. Because not only are we saying "with the name of God" but we're also saying "with the names of Allah". So you are doing this action with all the names of Allah - e.g.  Al Quddus (The Pure One), As-Salam (The Source of Peace), Al-Mu'min (The Inspirer of Faith), Al-Muhaymin (The Guardian), Al Aziz (The Victorious), etc.

That is why the ulama (scholars) said, someone who understands bismillahirrahmanirrahim will have bravery in their life.

(Personal note: Therefore by saying bismillah you are invoking God by all His attributes hence you are seeking His guidance, help, protection and justice, just to name a few, with one simple phrase. And when more and more people forget Allah (subhana wa taala) and do not rely on Him and seek His help, it is one of many signs of the nearing of Judgement Day.)


-- This post was adapted from Episode 2 of Reflections with Imam Suhaib Webb. Slight re-wording was done to make the sentences a bit more coherent in the written context. Imam Suhaib's lectures are always  so inspiring. Alhamdulillah (Praise be to God), saying bismillah will never be the same again for us. Jumaah Mubarak everyone.
Email Post
Labels: faith friday

anonymous said…
it really is so much more beautiful when you break it down in Arabic. i like the "faith friday" posts/category :)

Wan Melissa said…
'Bismillahirrahmaanirraheem' is perhaps the first sentence our mother taught us to say as a child. It is amazing to know that we actually invoke Allah by all his attributes when we say 'Bismillah' - An act so simple yet so powerful.
9:29 PM

This is the beauty of understanding the Quran, makes you long for more.
10:51 PM

Shahirah Elaiza said…
Wa iyyaki Fairuz, that's very true. That's why one of Allah's names is Al-Jabbar - The Restorer, The Repairer, The All-Compelling, The Irresistible.

The One who irresistibly restores all of creation to soundness and sufficiency.

The One who repairs, reforms and completes. The One who irresistibly compels things to be set aright.

The One who compels each and every thing according to divine will, yet is never compelled.

The One who is high, above all creation and utterly irresistible.

-Amina said…
This is my favorite Faith Friday posts so far! So well written, and even thought saying Bismillah Alrahman Alraheem is so easy to say, it has such deep meaning behind it and you've managed to make it so simple and enjoyable to read!

Misha iCan said…
Beautiful post -esp how you explain the grammatical aspect of the Arabiclanguage :-). I have awarded you with the Butterfly award for the coolest blog I know, you can copy paste it, award to fellow bloggers who feel deserve the award. Just add 7 random facts about yourself in the post. Congrats and Happy blogging.
3:31 AM

SippingChai said…
Beautiful, Subhanallah! I always forget to start doing everything with Bismillah. It is such an important act. You feel so much better when you start anything and everything with those beautiful words.

Mohammad Zafar said…
MashaAllah, Jazakallah for the inspiring post.
6:22 AM