After our 2011 Umrah pilgrimage to Mecca and Madinah my family and I took a detour and stopped by Doha, Qatar for a couple of days before returning to Malaysia. Although I was in a somber mood because our pilgrimage had come to an end, I was very eager and excited to visit an Arab country I had never been to before. Additionally, at the time I was still writing my dissertation about the pan-Arab news channel, Al Jazeera, and as many of you would know, Al Jazeera's headquarter is located in Qatar. A substantial portion of my thesis was dedicated to the history of Qatar, its leaders and political developments. Hence, I was very much looking forward to witnessing the manifestation of Sheikh Hamid Al-Thani's (Emir of Qatar) vision for his country with my own eyes. After all, he was dubbed the maverick Emir of the Middle East. 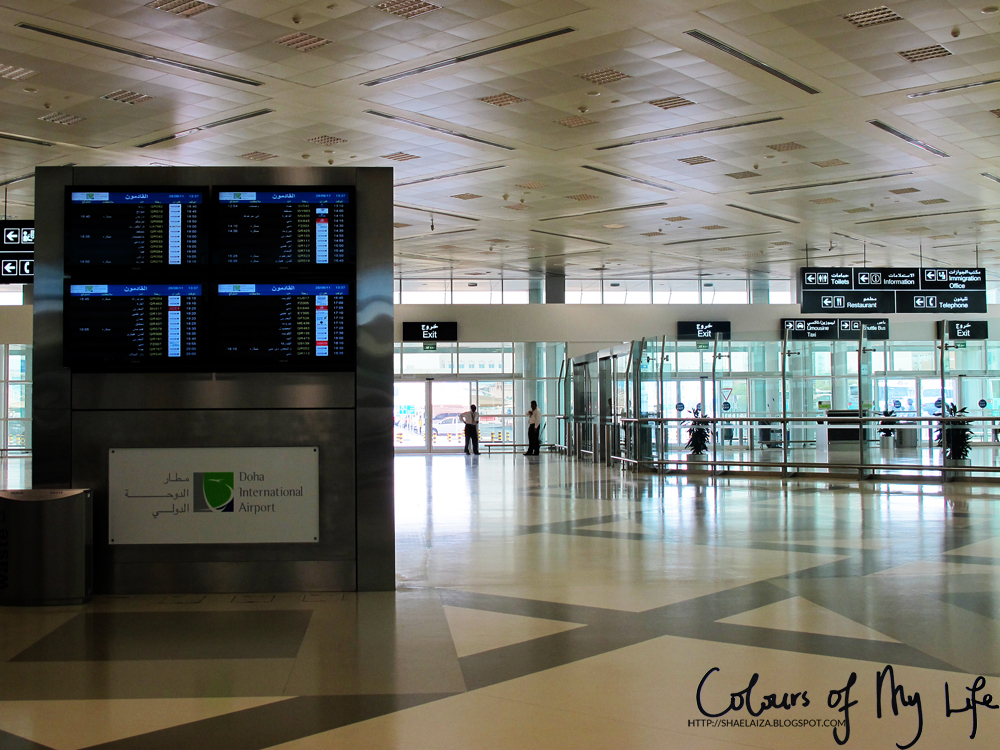 The moment we landed in Doha we were met with a surprise. All the immigration officers were Arab women. I didn't expect that at all. Bear in mind, I had just left Saudi Arabia where it's not very common to see Arab women working. At least, not in public. The immigration officers wore black abayas and shaylas. Some were wearing full-on make up while others opted to wear none. I thought, Okay, this is interesting...  I should've taken a picture but I didn't want to risk being yelled at. Arab women are usually very particular about picture-taking. 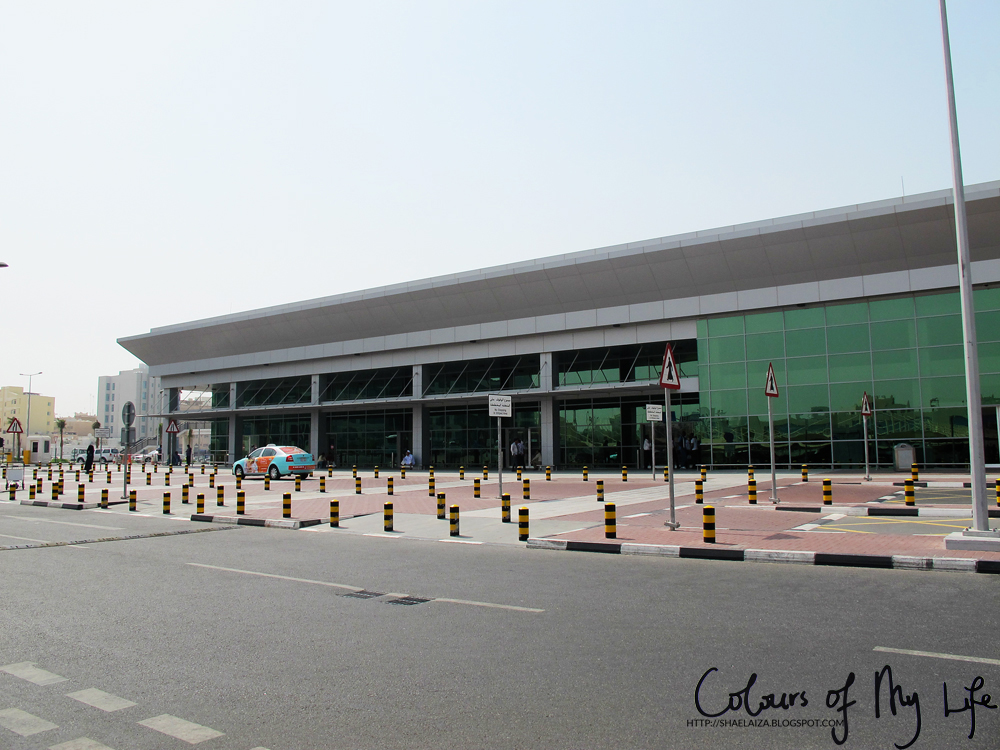 Doha airport reminded me of Kuala Lumpur International Airport. I can tell it's very new because it was modern and clean. Yes, I must highlight its cleanliness! I'm very particular about it especially when it comes to public bathrooms. 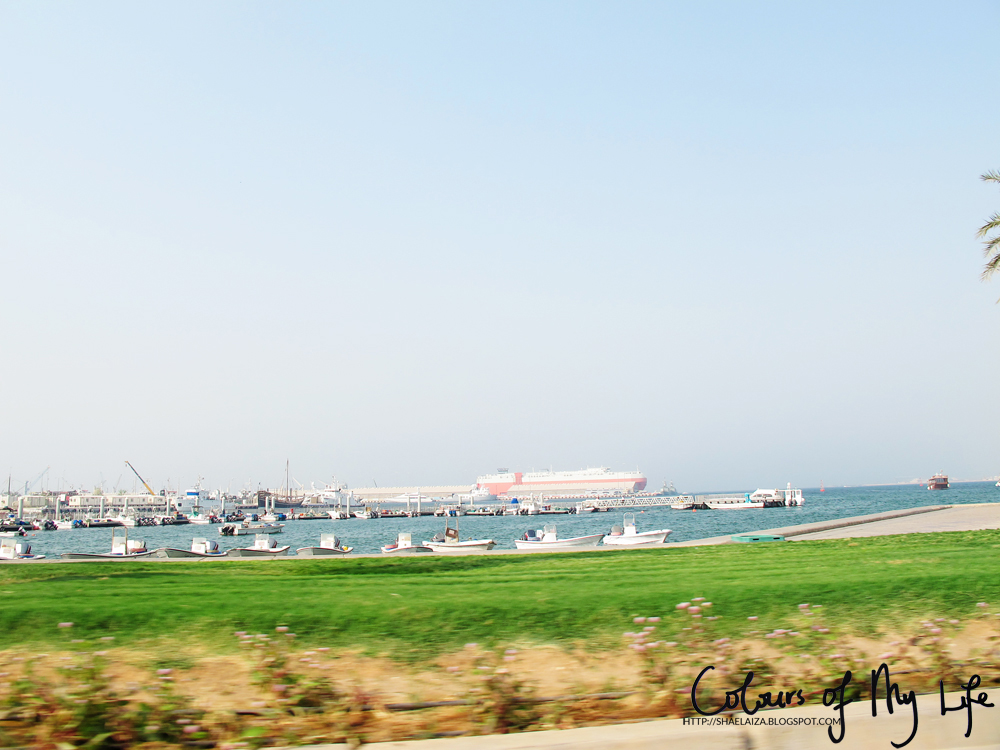 On the way to the city centre we saw lots of boats - modern ones... 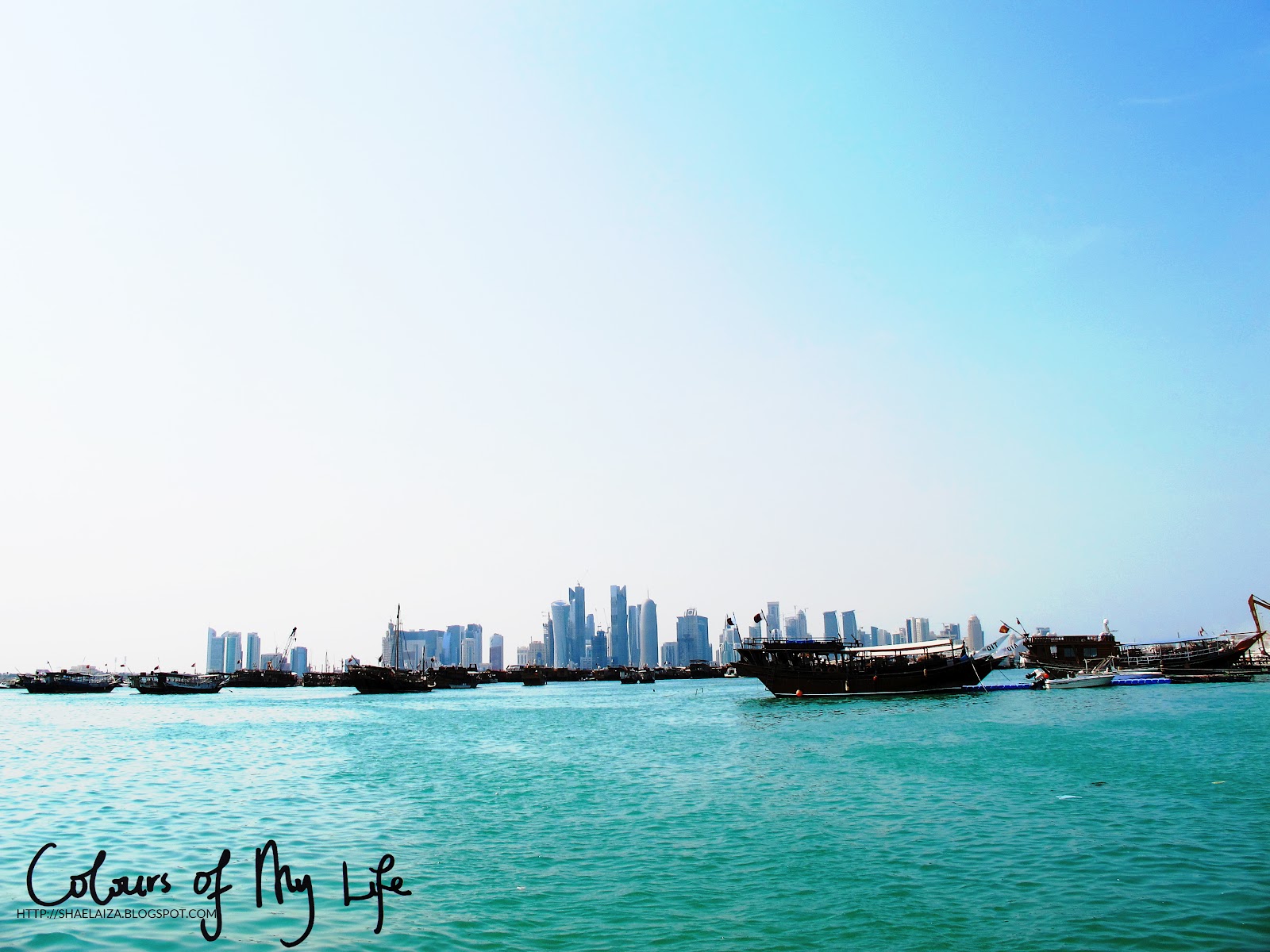 and traditional ones. Qatar is known as the 'Pearl of the Gulf' as it was famous for its fishing and pearling activities. However, today the country mainly focuses on its petroleum and gas industry. During the drive to our hotel I was in awe with how new every single thing looked. The buildings, the cars, the roads. Doha literally looked like a brand new city. Like it just came out of a box or something. And I had never seen such a clean city in my whole life. (There's the cleanliness thing again. Can't get over it!) 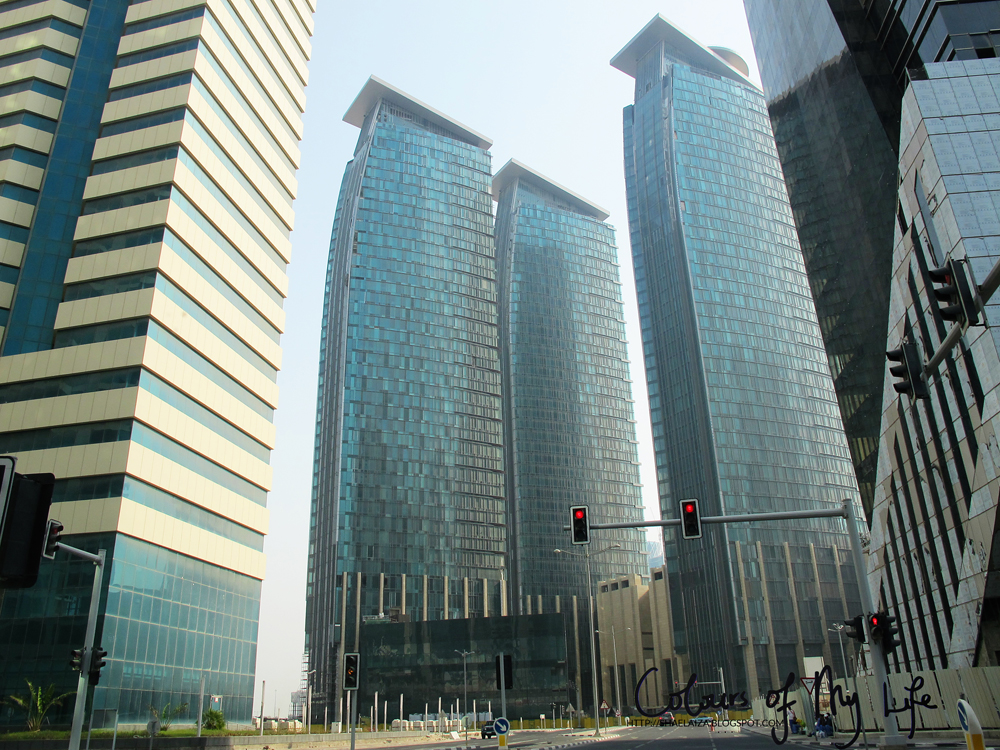 It was clear that skyscrapers are mushrooming everywhere in Doha. They were architecturally impressive too. 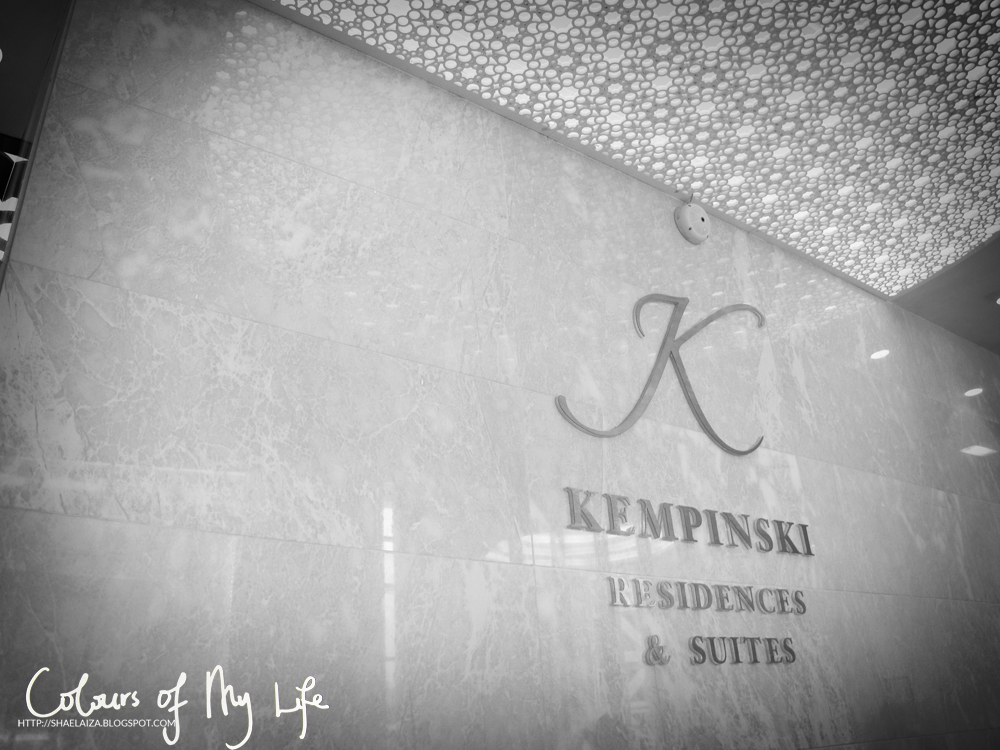 Finally checked into our hotel where we received another surprise. Stay tuned for 'Detour to Doha Part 2' to see what it was!

Miss Iffa said…
Lovely pictures and video! Mashallah sis, your blog is amazing and a great inspiration. I love it so much! I have followed, please follow back!
-- www.theeasternpearl.blogspot.com
3:21 PM