A Delicious Affair in Melbourne (Pt. 2)

I'm being a very cheeky girl today. I shouldn't be blogging but I miss it so here I am writing the sequel to my post about Melbourne. During my second day there Fairuz took me to one of her favourite cafés for breakfast - Sugardough. It's a stone's throw away from her apartment, lucky her. 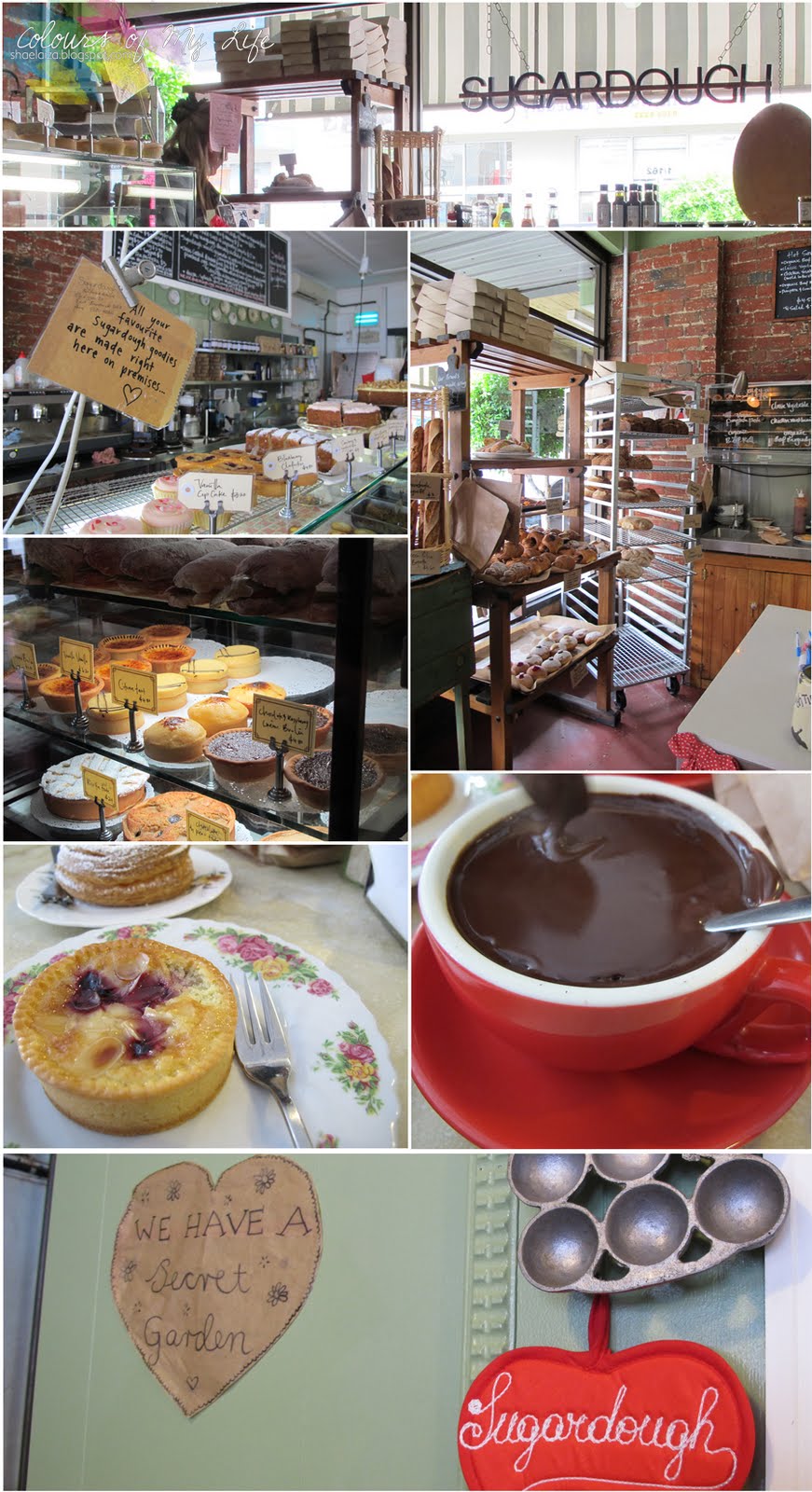 Sugardough is a quirky little place with waitresses who are dressed in 60s reminiscent style complete with the red lipstick and all. Except they look a bit more eccentric with their facial piercings. One of them asked if I wanted to try their European hot chocolate drink and being me, always keen on something new, I was all up for it.  Let's just say I wouldn't exactly call it a drink because it was literally as thick as chocolate syrup! I'm not saying it wasn't good but I got the feeling that I would get diabetes if I had finished it. Nevertheless, I really liked the café. The pastries were well-made and there was a different feel to the place. Ooh, they even have a secret garden at the back ;) 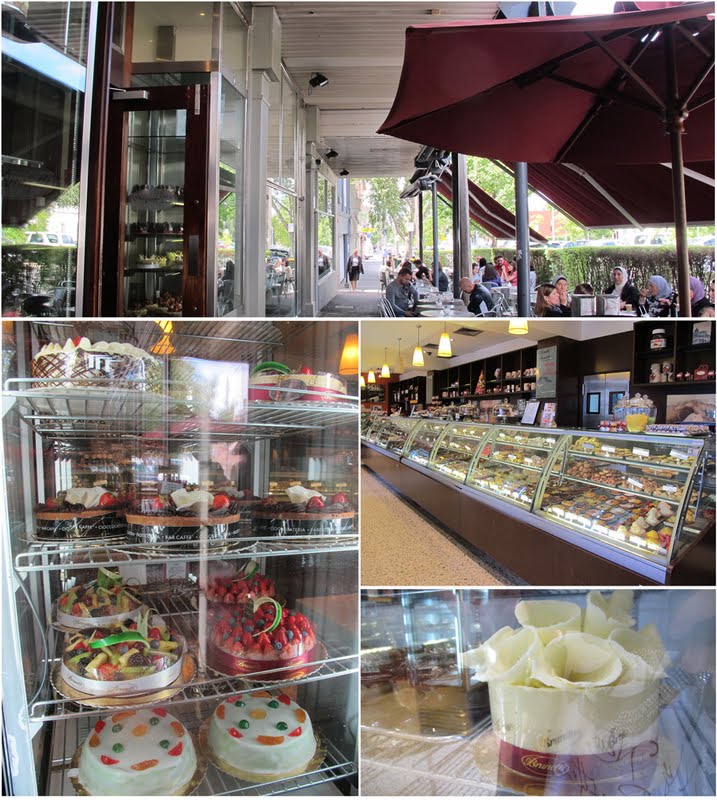 Fairuz took me to Brunettis as well. We didn't have time to try anything.
I had to be at the airport  in 2 and a half hours!

But there's always time to buy chocolates from Koko Black and to pose for pictures.

I was given a quick tour of Melbourne Uni. It was the second day of orientation I think and students were scattered everywhere. They have such a pretty campus and to be honest I am a tad jealous even though my uni's campus is beautiful as well.

I was snapping pics as I walked and I didn't realise the guy with the peace sign until later on.

Not long after I was dropped off at Melbourne airport and then it was time to say bye bye! =(
What an awesome city to be in. I really do miss it and hope to visit Fairuz and her family again sometime soon. For now I should get back to my mountain of books and I'm not exaggerating. My friend saw them and said, "I think you checked out the entire library. They have no more books now." Ha ha.
Email Post
Labels: culinary adventures holiday and travels

Anonymous said…
I'm so so glad that I moved to Melbourne Alhumdulilah, i've always loved Melbourne and it's even more great living here mashallah. I'm still in disbelief living in this beautiful city. Shahirah have you considered moving here by any chance hehe? Look forward to more of your posts especially the Melbourne one's ;)
7:05 AM

Anon, alhamdulillah I'm happy for you. It makes a huge difference to live in a city that makes you feel alive. I have considered it of course =) Who knows what will happen next? Allahua3lam.
7:14 AM

Fida Islaih said…
I love the airplane view! So simple, yet beautiful... masha'allah!
9:26 AM

Laila said…
The airplane view it's so beautiful! :D and the cakes looks so good! !!! I want to go there! hehhe read this entry is so interesting :D

kayla said…
Melbourne is such a great city, isn't it? I'm loving it so much too :) ok now I've got to check out Sugardough too, sounds like such a quirky cafe to visit and have a look. Is it the one at East Brunswick?
12:10 AM

Shahirah Elaiza said…
Fida, thank you. I loved the view of the blue sky with pink hue. Had to capture it =)

Laila, aww HUGS to you too!

FRSR said…
beautiful photos and perfectly written!
what camera are u using shahirah?cantik sangat all the photos.=)
9:46 PM

Anonymous said…
I loveeeed the colors of ur post! and the last picture taken from the plane! wohoo! ur hijab was kool if that was u in the picture sis!
3:24 PM