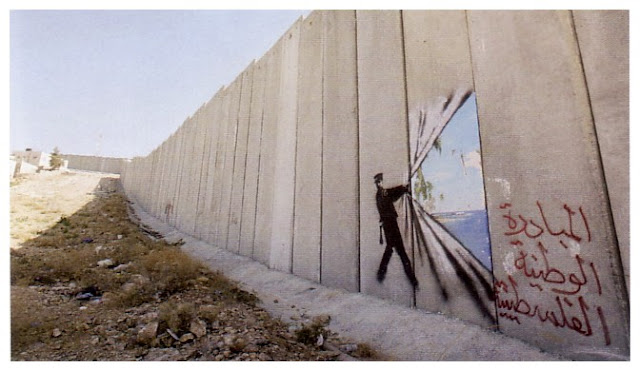 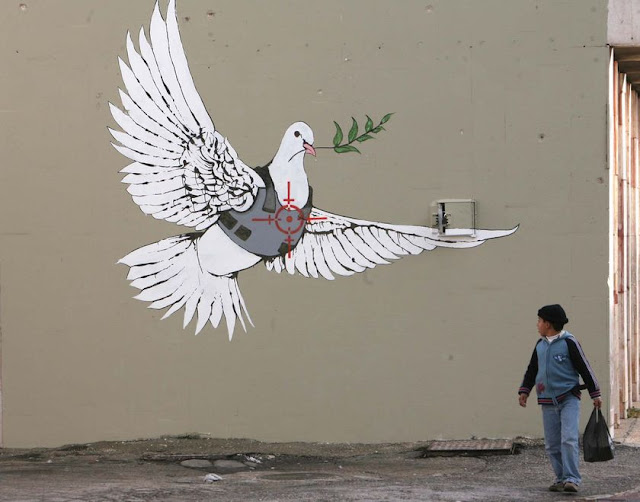 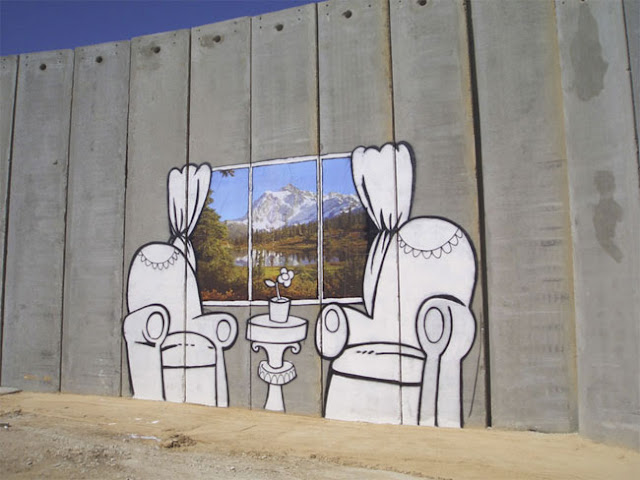 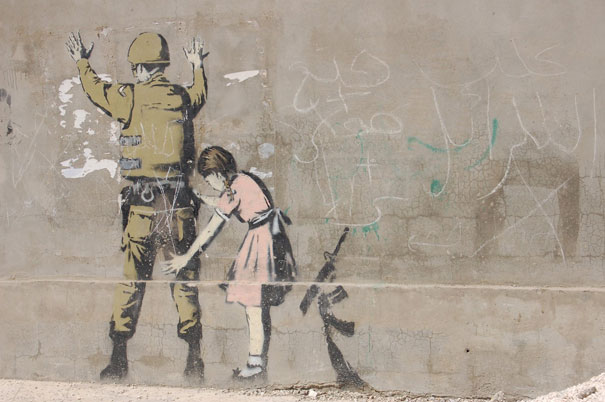 Maria Elena Zarul said…
always teaching me something new, you do.
=)
may Allah protect our brothers and sisters, and may them be united one day..
10:23 AM

Daughter said…
Mashallah, may Allah bless you for being such a good writer and for using ur skills in Allah's cause. I enjoy reading what you wrote because they give something to ponder on and inshallah deeepen my eman. I pray for your, your family and fellow readers many blessings and enlightenment. inshallah. :)
11:27 AM

hijabi hippie hypo said…
Great post, I heart Banksy :) May Allah relieve the pain of the Palestinian people, it's so sad.
5:10 PM

I love those graffiti's though! very smart and have a powerful meaning behind it.
8:40 PM

"And be steadfast in patience: For verily Allah will not suffer The reward of the righteous To perish."
(Surah Hud: 115)
3:27 AM

Thanks for sharing this lovely entry with all of us.
2:24 AM