And so I finally saw Tim Burton's interpretation of Alice in Wonderland. I didn't know quite what to expect but I held on to my friend, Lamya's words : "It's a darker version of the real Alice in Wonderland". Plus, if you take a look at the director you can already sort of tell what you're in for.

Well, I don't usually like 'dark' movies but this was one pretty cool. In fact, it's more quirky with a hint of darkness. I enjoyed the visual effects, the actors (I noticed Tweedledum and Tweedledee were actually voiced and modelled after one of the guys from Little Britain and of course, the only and only legendary Johnny Depp). 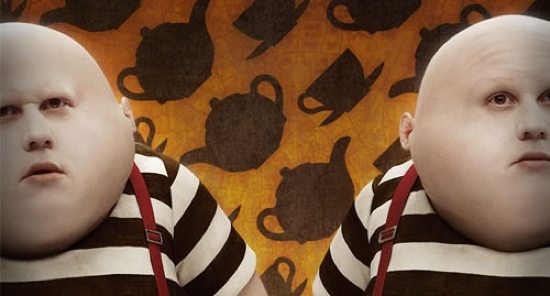 And most of all, I really admired the costumes. Alice's dresses reminded me of the late Alexander McQueen's iconic work. They were out-of-this-world yet pretty. I looked forward to each and every scene with excitement whenever I thought Alice would've had a costume change. The costume designers did an oustanding job as even the White Queen's horse was well-adorned! 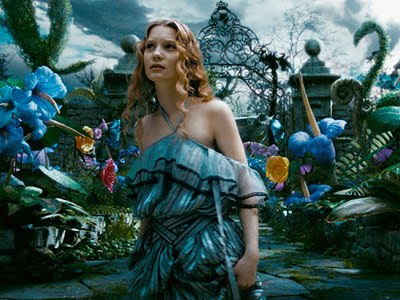 Boho chic meets Victorian vintage
I was actually very curious to see Anne Hathaway's performance in the movie as White Queen. My curiosity was crushed by her terrible acting. The first thing I thought of was the awkward Mia trying to behave more royally appropriate in 'Princess Diaries'! She wasn't convincing at all. If anything Anne Hathaway made the White Queen appear so affected and fake. If I was the Red Queen, I'd hate her myself. My favourite actor out of the lot would have to be Johnny Depp. He brings soul to the Mad Hatter's character. Also, there was a slight reference to Edward Scissorhands which I thought was pretty cool of Tim Burton. Be sure to keep an eye out for that. And for Mr. Depp's dancing skills. The movie was also filled with both visual and verbal symbolic representations. I quite like how that made me try to analyse and interpret the characters and scenes as a means of making all the craziness relevant to my seemingly normal daily life. In this movie Alice is an individualistic and brave young woman who wants to make her own choices about who she is and how to live her life. Most of all, she wants to be able to trust her instincts and intuition. Who can't relate to that?

Alice In Wonderland has depth... in a Tim Burton kind of way. In order to immerse yourself in the storyline you have to leave some of your realistic expectations at the cinema's front door. This is a fun, wacky and creative movie and it's meant to take you to a place you've never been before. Tim Burton's idea of a wonderland is definitely not typical therefore it's definitely worth checking out.

And now I'll leave you with one of my favourite lines from the movie.

Mad Hatter to Alice: You used to be much more...muchier. You've lost your muchness.

How cute is that?

EDIT: Thank you Lamya for finding an image of this dress. I searched high and low for it! 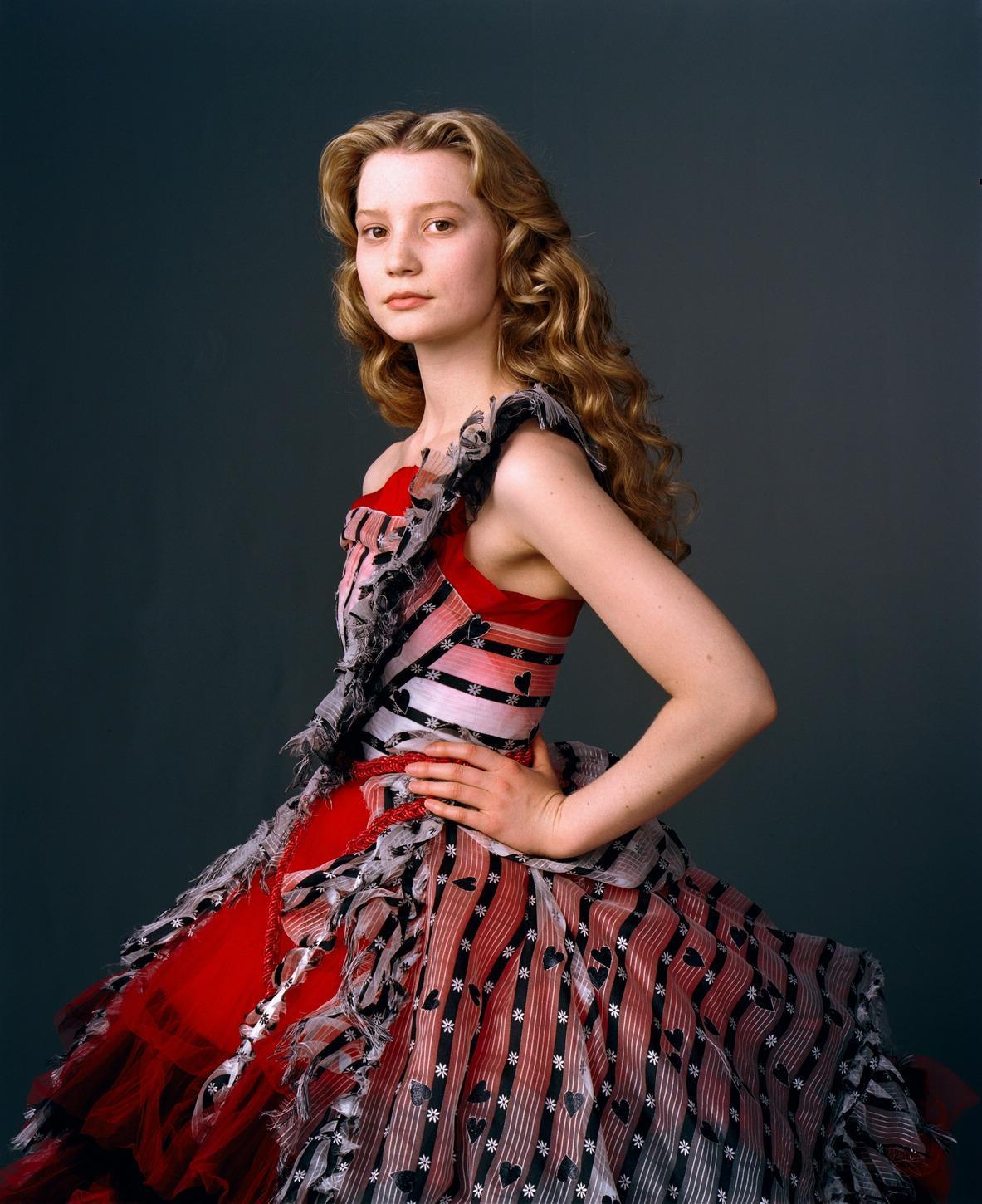 Unknown said…
I really wanna see this. I love your layout!!! and your banner! is fab! masha'a'Allah! miss you on msu.
9:57 AM

I haven't seen it yet. I've heard mix messages about it. I'm hoping to watch it either this weekend or the next inshAllah. I just want to see it b/c it's in 3D and Tim Burton makes wonderful movies.
3:48 PM

Aisha said…
I've heard about Alice's dress changing every so often throughout the film, and the dresses being brilliant each time. I'm definitely going to watch this soon, thank you for the wonderful 'review' =D
6:11 PM

Maryam said…
The best part of the movie was Johnny Depp's dance. The movie was interesting; I'm a huge fan of Tim Burton's film anyways.

Hey, that reminds me! You just reminded me what it was that I wanted to blog about.
4:38 PM

Anonymous said…
Salaam alaikum sister :) feel free to join my muslimahs of islam its a social network i made its strictly for women and its really good for reverts to islam :) just click on the badge thats on my blog inshAllah you are good
8:49 PM

LA ❤ said…
This dress was so funky I want!