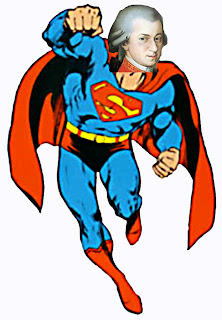 Interesting piece of news story I had to share with you all. Recent results of a rather musical experiment held in a New Zealand mall has proven that music has the power to positively affect people's behaviour in public spaces. Christchurch City Mall has been playing classical music such as the likes of Mozart since mid-2009 and crime rates in the area has decreased significantly.
Anti-social incidents (average per week)
2008  - 77
2010 - 2
Drug and alcohol-related incidents
2008 - 16
2010 - 0
Troublesome customers
2008 - 35
2010 - 0
Not only has it reduced crime rates but the mall now attracts a wider range of patrons. Très cool. I wonder what would happen if malls in Malaysia were to do the same? Me thinks it would definitely get rid of the mat rempit problem that we have. If that doesn't work, then maybe it would be time to bring out the big guns, the real WMDs: Holy Qur'an recitation.
*mat rempit = the Malaysian equivalent of boy racers except they ride motorcycles and are infamous for loitering around malls and being a public nuisance. (There's even a Wiki entry on them!)
Email Post
Labels: in the news

Mah said…
That's so interest!! I hope malls in the US catch on in order to reduce the madness that occurs in some of our malls.
7:28 AM