I have a confession. For the past one and a half years I've been struggling with something that has weighed heavily on my heart. It affected my relationship with others. It even affected the way I write and work.

You see, I've always been an open-hearted person. Although I try not to be very trusting I also dislike being suspicious of people. However, that changed when a person whom I considered to be a very close friend did something behind my back to betray the trust I had in her. I can accept deceit and malice from a stranger or an acquaintance but not from someone whom I considered as one of my best friends.

I could not fathom why this person would do such a thing to me as I believe I had been nothing but a well-meaning, good friend to her. That experience, along with a few others, led me to be suspicious of people around me. I questioned everyone. I would look at people and try to recall past interactions to spot any signs of insincerity or hidden enmity or agenda because I had seen the red flags in the relationship I had with my so-called best friend but did not think much of them. I had become what I hated. I became suspicious and distrustful.

I spent less time with friends. I pushed away people, even the ones I liked. I just could not bring myself to trust anyone. I knew this was happening and I didn't like it one bit but I had to protect myself as I have learned that people will take advantage of your trust and kindness if you let them. And I know this sounds like basic common sense but I was brought up in a safe environment and my family always did everything they could to protect me. I wasn't allowed to go out with certain people or go to certain places. However, being somewhat bold and curious, I would find a way to do what I want and get what I want. But part of growing up means you have to be exposed to the "real world" whether you like it or not.

What surprised me was that in the "real world", Muslims can also be "bad" people and that it wasn't my non-Muslim friends who have hurt me the most even though some were not the best influence. After becoming a more practicing Muslim I naturally gained more Muslim friends compared to before. I thought my life would become simpler because I assumed all Muslims would share the same values - helping one another to do good deeds,  never envy except in two occasions, advising and protecting each other from harm. But the reality is Muslims have let me down in ways I didn't expect and there were times when I said "I hate Muslims" even though I knew I shouldn't make a blanket statement like that. It's not fair on others. I'm not saying I haven't disappointed people and made mistakes. I'm very sure I have. I just had high expectations of others and got hurt. And I take full responsibility for how I have allowed myself to feel hurt and disappointed.

Well, you shoulda known better!  I told myself. 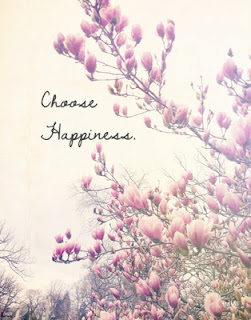 But I didn't at the time and I knew God made me go through all this so I could come out stronger and wiser than before. As Maya Angelou said, "When you know better you do better". Well I know better now. I've learned that we're all flawed because God made us that way. Some struggle outwardly while others struggle inwardly, or both, so we can learn from each other. And I've learned that it's natural to assume things about people but despite all the hurt I've been through I've come to the conclusion that it's better to have good assumptions of others (while being cautious) and get hurt rather than to have bad assumptions and hurt others while earning God's displeasure at the same time. If you have good intentions and assumptions, Allah will protect you from harm but if He tests you by allowing you to get hurt, there's hikmah (wisdom) in it.

It's okay to have regrets because as I said earlier, I take full responsibility for how I allow others make me feel. Regret is a sign you've learned from your mistake and you are ready to move on. But it's not okay to dwell. I strongly believe that dwelling on our mistakes is a poison that slowly kills us because it stops us from moving on with our lives. Dwelling on mistakes is like being in quicksand. You can't move. You're just stuck. And I refuse to be reduced to that.

“You may not control all the events that happen to you, but you can decide
not to be reduced by them." ~ Maya Angelou

Although it has taken me a while to reconcile with myself I'm very grateful to God for giving me the guidance and strength I needed. I recently found a turning point (which came in the form of something hurtful, by the way) and now I'm ready. I'm ready to let go of negative energy in my life and embrace all the good He has blessed me with. There's just no more room in my heart for anything or anyone toxic. I acknowledge that this is not the end of trials and struggles. They will always be there. It's just the start of something good because I've begun to put my complete trust in God. Come what may, if I have Him on my side, I know I'm going to be okay, inshaAllah. And I want you to feel the same way. Put your faith in people and you will get hurt at some point. It's inevitable. Put your faith in God and He'll help you through life. 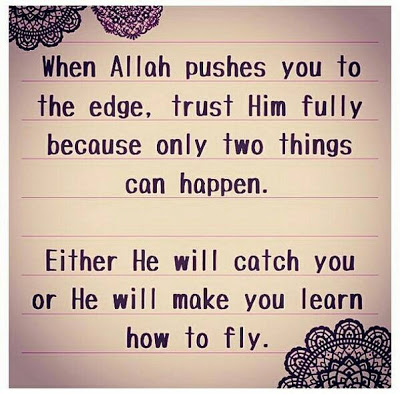 I understand how you feel sha because I have been in your shoes (living abroad in the UK for 6 years and to my surprise, its my own people who really hurt me badly). I think all of us would have experienced it (especially now knowing that you have too) sometime in our lives one way or another, only to teach us a lesson. I too, had the same reflex response, shutting others away but eventually, I learn to find the right people and I actually learn to trust again. I am always ever grateful that Allah has shown us the different sorts of people, so that we could really appreciate those who are truly our friends or good companions. They say, you have to feel hurt to know the feeling of being loved.

ps/ I have always been your silent reader from a far and I love your insights and eloquent writing mashaAllah.

The hardest part for me is loving our fellow Muslims like they are our own brothers and sisters when they can be so mean :(

Unfortunately although Islam is perfect, Muslims are not! I learnt this painful lesson on haj and I was a whole decade older than you are now.

Thank you for the salient advice and keep doing what you're doing. I think you're beautiful all the way through mashaAllah ♥

Haneen Ibrahim said…
Regardless of the fact that this post is brave, beautiful and insightful (just by reading the title I thought "I'm up for a good read :)"
I want to seize this opportunity and tell you what a good writer you are.
your words come out so effortless and eloquent and class,and shows how well educated and sophisticated you are. and the effect they have on me as a reader is amazingly strong and lasting.
I have always considered myself a writer and I'm proud that I learn from you.
Thank you
6:46 AM

My Own Fairytale said…
I know what you mean.
Lot`s of people can`t be trusted, even a lot of practicing muslims from whom you expect they fear Allah subhana wa ta'ala aren't trustable.
Only put your trust in Allah, in yourself and your family and try to be the best example of a good muslim you can.

I feel like you wrote this entry in your blog to help me overcome something similar I have been experiencing over the last few months. :) May Allah keep showering you with the ability to write from the heart to the heart :)

Anonymous friend and sister, may we be united in NZ soon inshaAllah. Xoxo
7:08 AM

I ask forgivness from Allah if my words will seem harsh or wrong, but if I can advice you dear sister to please change the title " I hate Muslims". Although I beleive that you have wrote on this subject with the best intentions for the sake of Allah, it is wrong to say these words even in the good context ,if it can be said like this. And Allah knows the best.

I pray to Allah you will not misunderstood my comment dear sister for the sake of Allah.

May Allah reward your beautiful blog MashAllah and for everything good you do. Amin.

Shahirah Elaiza said…
@Anon, Waalaykummusalam, jzk for your good intentions :) It seems you did not read my blog post in its entirety because if you did you would have seen this:

"...and there were times when I said "I hate Muslims" even though I knew I shouldn't make a blanket statement like that. It's not fair on others. I'm not saying I haven't disappointed people and made mistakes. I'm very sure I have. I just had high expectations of others and got hurt. And I take full responsibility for how I have allowed myself to feel hurt and disappointed.
.... I've learned that we're all flawed because God made us that way. Some struggle outwardly while others struggle inwardly, or both, so we can learn from each other."

I purposely made the blog post title "controversial" to get more people to read it and learn from it, inshaAllah. Allah knows best.