Lorong: The Musical - A Look into the Dark Side of Kuala Lumpur

Last night I attended a musical at The Actor's Studio, Lot 10, called "LORONG: The Musical" (lorong means a small street or a lane in Malay) with my a close friend of mine who is the founder of The Hope Factory and a number of our friends. "LORONG: The Musical" is not your typical musical theatre production led by a famous director and starred by glamorous actors. "LORONG" tells a story about a young boy who grew up in Chow Kit Lane, a high-risk area in the city of Kuala Lumpur. He was abandoned by his real parents and was found and adopted by a transgender who works as a prostitute.

"LORONG" is a story about a boy, Adi, who faces challenges in society as an anak pungut (an abandoned child who is adopted by others, such children are usually looked down on by society).

"LORONG" is a story about the life of a transgender prostitute who decides to change for the better when he became a care-giver to Adi.

"LORONG" is a true story about love and compassion in a place no one thought these two virtues could exist.

Most importantly, "LORONG: The Musical" was directed and starred by the youth and children who grew up or are growing up in Chow Kit Lane but are receiving help from called KL KrashPad, a non-profit charity organisation which provides these youth and children with the help they need (financial, emotional and psychological) in order for them to create a better future for themselves. 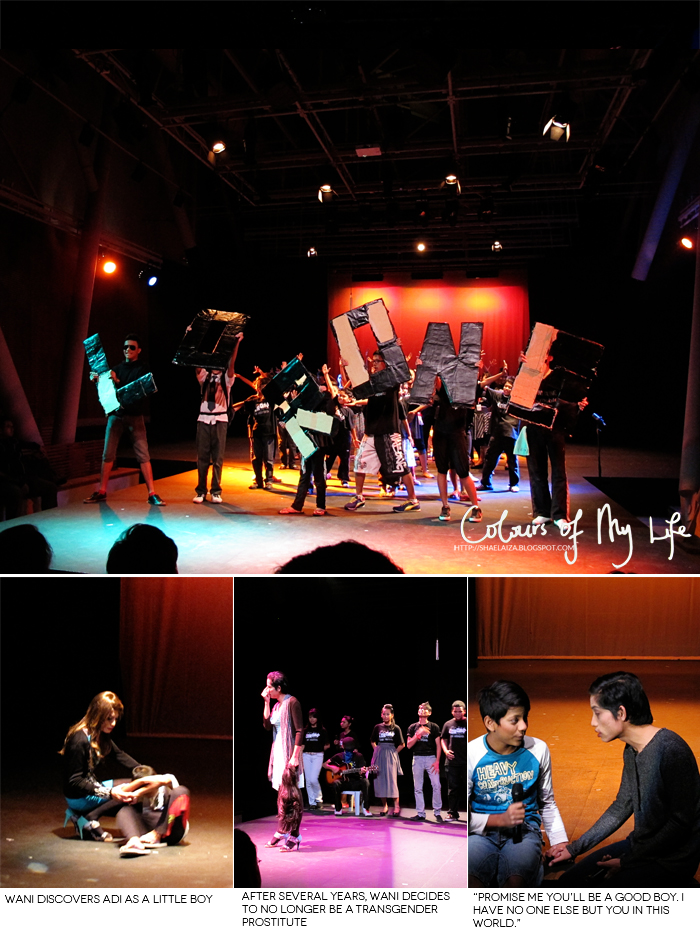 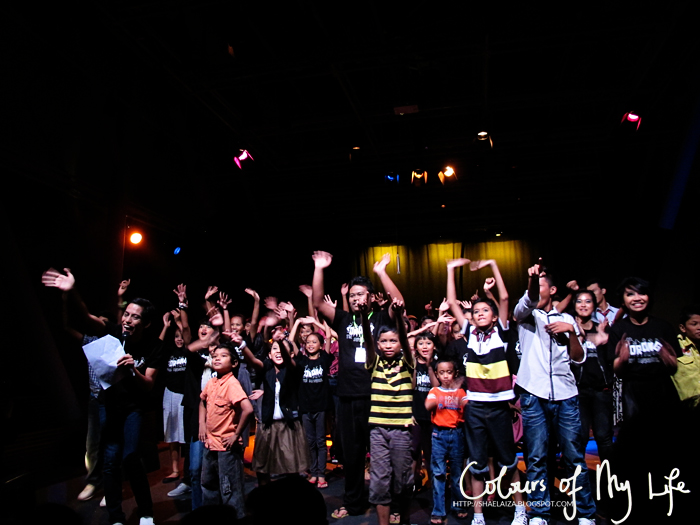 Bravo! I'm so proud of each and every one of them! Inspiring lot they are, that's for sure.

If you want to know what happens next you'll have to watch it for yourself, of course. What do I personally think of the musical? The quote below aptly describes my thoughts on the production:


"Some might find the themes unsettling, particularly upon the realisation that many of the activities depicted occur in such close geographical proximity to our shiny office blocks and five-star hotels.As a trustee of Yayasan Chow Kit since its beginning, the production brings to life many of the tragic stories that I’ve previously read about and heard brought up at board meetings.

But more importantly, the musical makes palpable the sense of optimism that each one of the kids innately has: kids who have been unappreciated and perhaps, more damagingly, underestimated by society from the beginning."
-- Tunku ’Abidin Muhriz, Down Lorong the Musical Lane, The Star

If you're interested to watch "LORONG" please click on the banner on the left-side of my blog for more details. Tonight's their final show so go and support these great kids! Proceeds go towards maintaining KL KrashPad, a safe haven for the teens and children of Chow Kit lane.

As I began to write this post I serendipitously came across a new song by Kelly Clarkson which fits my sentiments this morning. I dedicate it to the KL KrashPad kids and to everyone who has a "dark side" and has been through some tribulations and rough times in their lives. Don't let the past haunt your future. Go on, unleash the courageous 'you' and be the person you are meant to be - a person who is destined for greatness and nothing less.

Like a diamond
From black dust
It's hard to know what can become
If you give up
So don't give up on me
Please remind me who I really am."
Email Post
Labels: malaysia on repeat

Wan Melissa said…
Bravo to the children of Chow Kit lane and to everyone of us who finds the courage to be different and to be the best of who we are.
3:56 AM