Why all the fuss? What is the significance of Prince William and Kate Middleton's royal wedding?
For starters, it represents a history in the making. There will never be another Prince William. On top of that, the Will and Kate love story is a modern-day fairytale. This is the kind of stuff Disney movies are made of. Every girl dreams of meeting her own prince charming and Kate, now Catherine Duchess of Cambridge, met a real prince, who happens to be actually charming. What could explain the attraction between them? Apart from the obvious fact that Kate is beautiful and bright they are from different worlds.
I think she offers him a sense of normalcy in his life and that is something he didn't truly experience until he met her. As they say, he is his mother’s boy and the typical pretentious and constricted royal life isn’t for him yet it is inevitably a part of his life. Deep down inside I think he wants what his mother wanted for herself. You can tell a lot about a man from the woman he chooses to be with. Kate is his breath of fresh air and Will is her knight in shining armour.
After hitting some highs and lows the couple finally tied the knot. Their every move has been carefully recorded and reported in the press ever since their first official appearance together. It's no surprise that the wedding even has its own website and that it was televised in 180 countries. The wedding was a television phenomenon and  I would say it was very 'stylish' too. It pushed as many boundaries as it could. 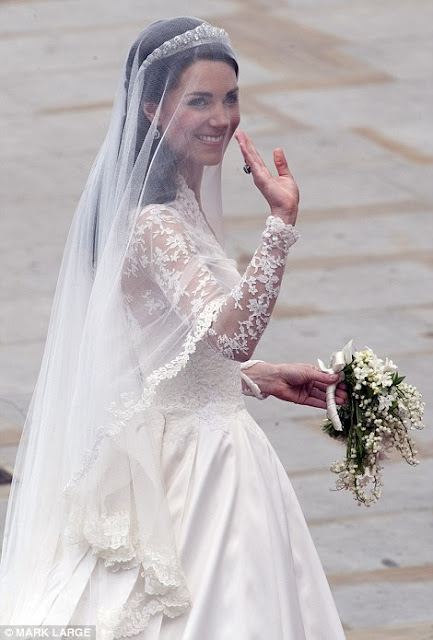 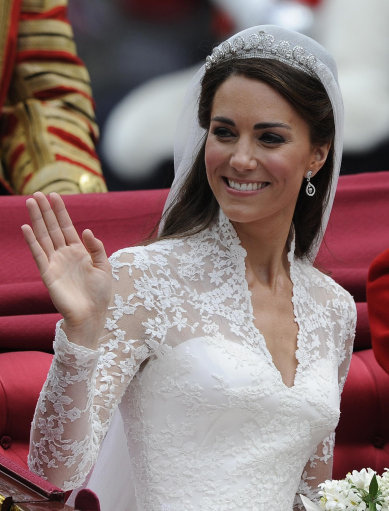 Kate is the Princess Diana of today.
The British people love her and are even more fascinated and enchanted with her now than ever before. 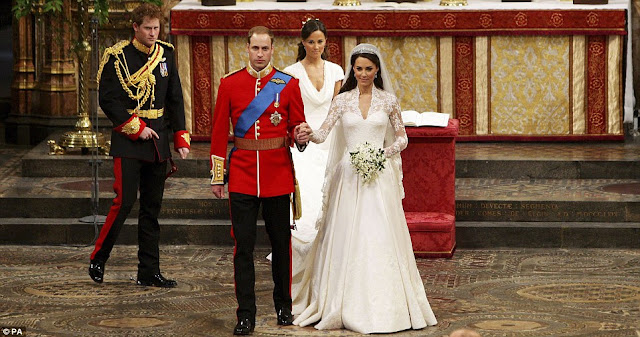 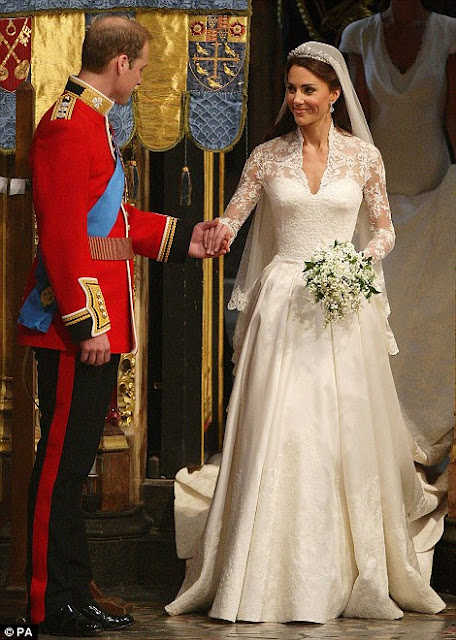 She looked resplendent and that dress, oh the much anticipated dress, it did not fail us. All eyes were on her and only her. (Sorry Wills, you looked dashing but that's just how it is) 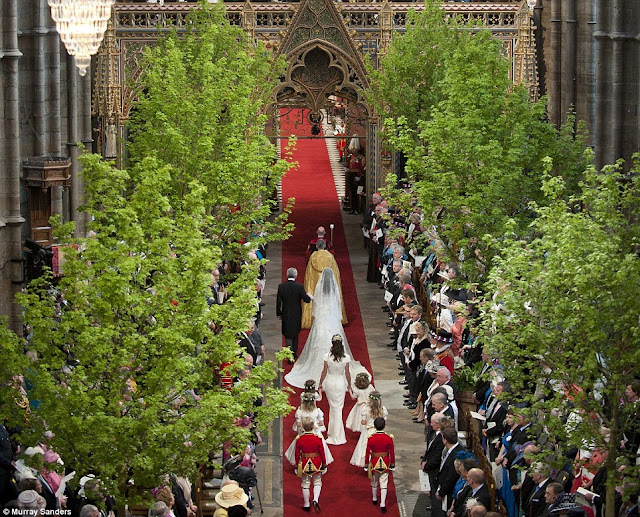 I loved the maple and hornbeam trees which respectively symbolised humility and reserve, and resilience. I think they helped create a friendly ambiance as without them Westminster Abbey would look majestic but also very intimidating. I also think its transformation signified a fresh, new start for the royal family or as some like to call it, the modernisation of the royal family. 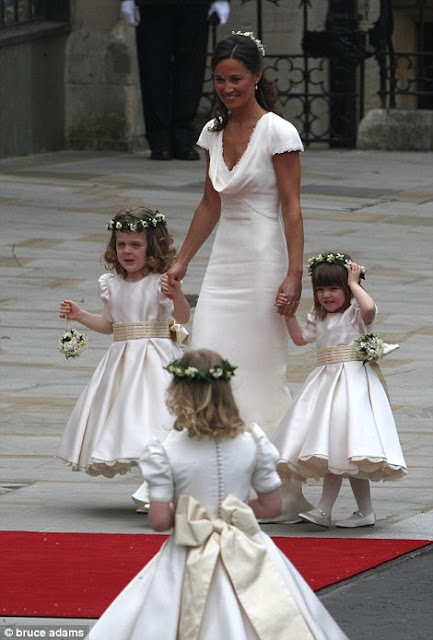 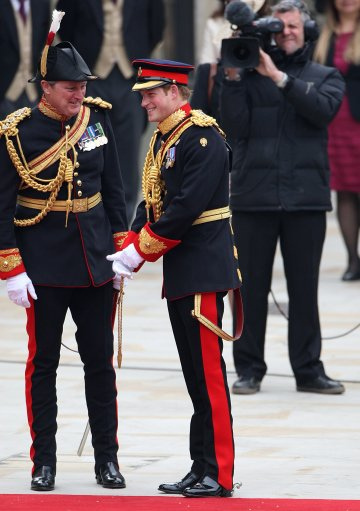 Speaking of  family, don't you think Prince Harry and Kate's younger sister, Pippa, looked great as well? Some even thought Pippa stole the show with her white dress. 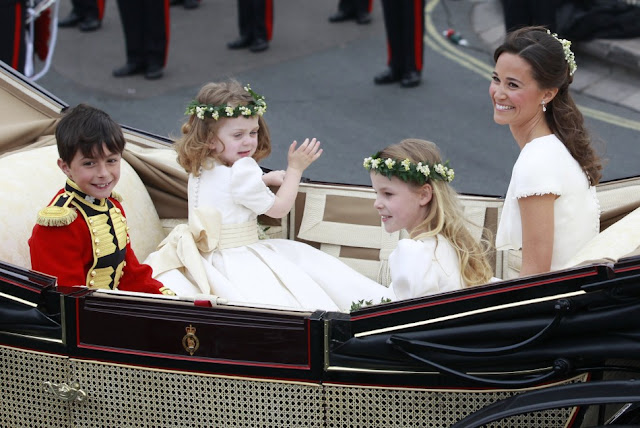 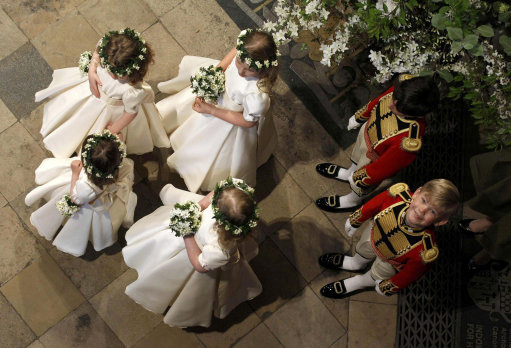 The bridesmaids were cute but I  thought the page boys looked even more adorable. Little boys dressed up in adult men's clothes always make me go "Awww!". 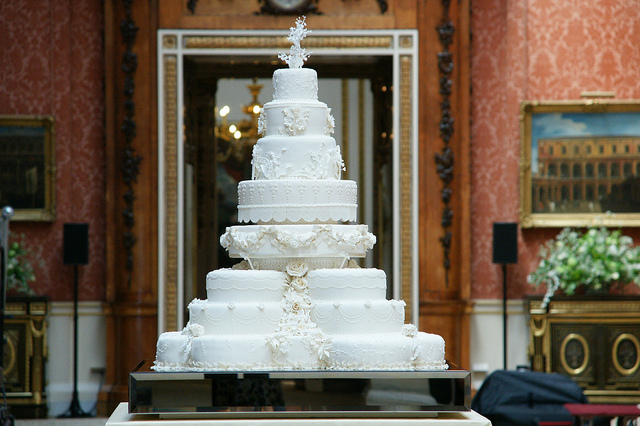 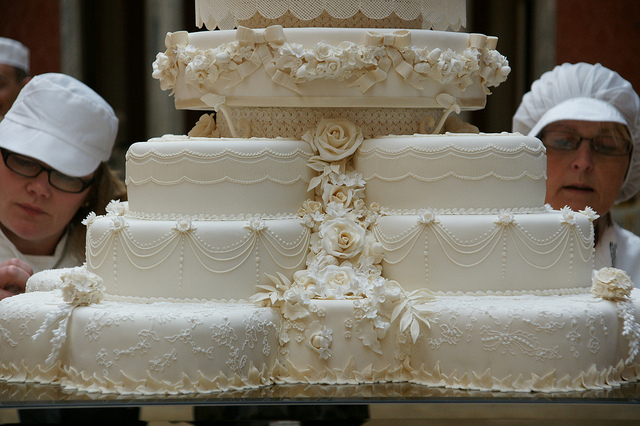 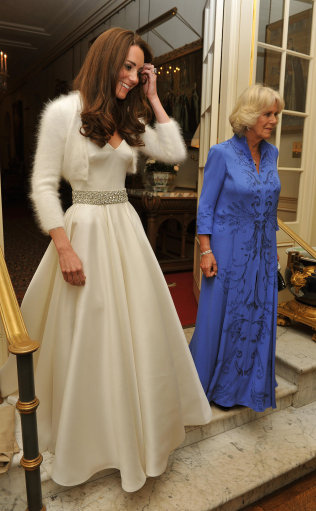 Kate's simple and classic reception dress. Look how tiny her waist is! 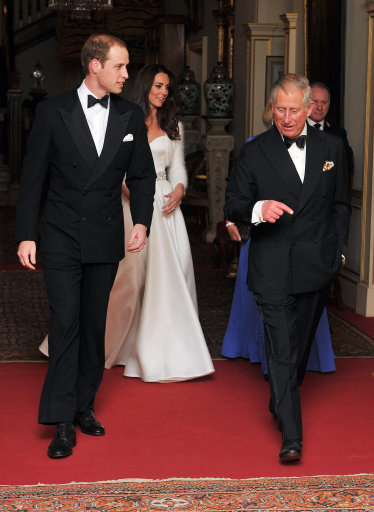 Unfortunately, I think the newly-wed prince donned a boring-looking suit. 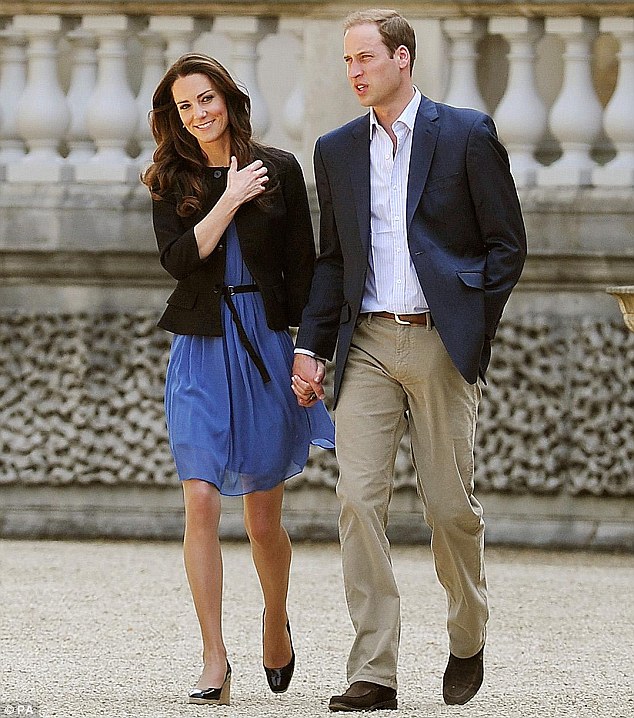 Nevertheless, I still think they are a great looking pair.
This was taken yesterday after it was announced that they won't be going on their honeymoon this weekend.
There are many speculations about where they will be heading for their honeymoon later this year;
Kenya, Australia, New Zealand, and even Jordan is on the list.
I guess we'll have to wait and see!
Email Post
Labels: style sunday weddings

Rumaitha said…
Just a note though, she hasn't been given the title of a princess as of yet. So she is called Her Royal Highness, the Duchess of Cambridge.
3:23 AM

Shahirah Elaiza said…
Thank you for pointing that out Rummy!
3:52 AM

Esra said…
She looked so flawless! Still can't get over the dress. At the first glimpse of her, a guy tweeted something like "this is the equivelant of a World Cup Final for women all over the world." LOL - so true I think!
8:22 AM

Shahirah Elaiza said…
Esra, I totally agree! I stayed up all night and watched every single bit of it. Even the not so exciting parts lol. I think the dress was elegant and not over powering which is why we love it so much.
8:45 AM

La Petite Cherie ♡ said…
She's such a lucky lady, isn't she? Just the way Prince William looks at her tells that he loves her a lot ;)
11:06 AM

S. H. said…
:( I have been so busy lately I missed but thanks for this post I love her reception dress, I think is the most simple elegant and beautiful dress :)
2:11 PM

Nur said…
Oh wow! The gorgeous Kate. ;) Haven't been dropping by your blog, it seems like I have so much to read on. Take care sha!
11:05 PM

Misha said…
She is stunning! I love them as a couple, wish them all the happiness in the world.
5:32 PM

hatim a.r said…
the dress is simple but so well made. owh and our agong was there too!
12:51 AM