Two nights ago, Chloe, N. and I were having supper and dessert at a local cafe to celebrate Chloe's birthday...
11.45 pm;
Me: So you have a younger sister right? What's her name?
N.: Yeah, her name is Zala.
Me: Ooh that's different! What does it mean?

N.: It doesn't mean anything, my parents just came up with it.
Me: Oh? Hmm... is it related to zalzalah (earthquake), you know like Surah Al Zalzalah?
Chloe: Oh yeah, it could be.
4.40 am;
Me: *fast asleep in bed when the bed started to shake and things in the room started to move*
My brain: Hmgzhhrhh?????!! Probably just another one of those tremors we get once in a while. *ZzzZzzZz*
6 am;
News reports about a massive earthquake of about 7.0 on the Richter scale had taken place in Christchurch (a city about 45 minutes away by plane) were all over the media. Texts messages were sent around and Facebook status updates about the earthquakes were posted. Christchurch experienced aftershocks throughout the day and the city was literally shaken; buildings were reduced to rubbles, roads cracked and people were injured and in shock. Debris were reported to be everywhere in the city centre and power supply was disrupted.
Although we felt the earthquake we weren't really affected by it. Earthquakes and tremors are no strangers to people who live in New Zealand but it has been quite a while since an earthquake of this magnitude happened. I texted some friends in Christchurch to check if they were okay and alhamdulillah, they are all physically fine. Nothing more than some broken plates and some mess to clean up. Some feared another major quake would happen but so far it's been clear. The government has ordered an evacuation and a curfew for people who live near the central business district (CBD) just in case. By looking at images of the aftermath I can understand how shaken Christchurch residents must feel right now. They reminded me of scenes from that movie called 2012. 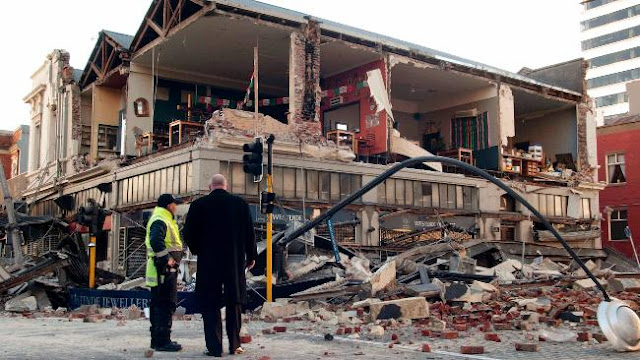 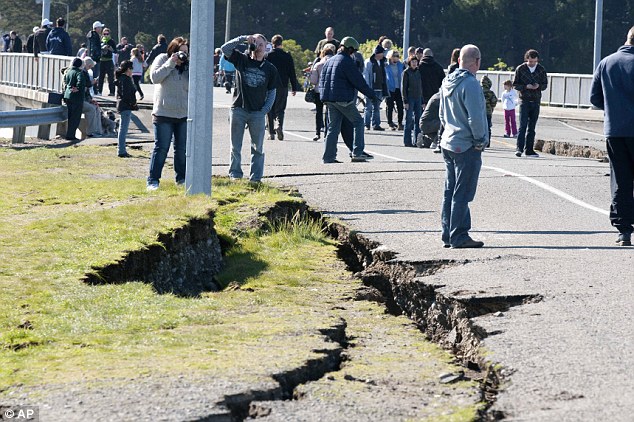 For more pictures look through NZ Herald's Christchurch Earthquake gallery
Funny how we were talking about Surah Al Zalzalah just hours before the earthquake happened. SubhanAllah, another reminder for all of us during the last days of Ramadhan. I should also mention how it was also snowing, raining, hailing and then back to sunny that day before the earthquake happened. Freaky weather. Coincidence? I think not.
P.S. I think Lailatul Qadr was last night. It was very, very calm and still. I couldn't even feel the slightest breeze and the weather was temperate; not cold at all considering that it was snowing the day  before! Plus it was the 25th night of Ramadhan. Allahu3alam. What do you guys think? What did you experience last night?

P.P.S. Thank you to all those who sent messages to ask if we were okay! Yes, we are all good alhamdulillah =)
Email Post
Labels: daily life in New Zealand

Anonymous said…
Man I have family over there and was shocked when this happened. The clever guy over at http://www.forecastfortomorrow.com forecasted that there are these bigger geographcial events like this coming. He called the stockmarket crash back in 2008 also, gold rising and a few other things, and has a very intresting site. 2010 - 2012 is sure going to be and intresting time period ey?.
8:28 PM

Smart CoOKie said…
wow subhanAlllah. Hope they don't get another one.

Yeah everyone is saying Lailatul Qadr was last night. I didn't go out myself. But they say it was cooler and calmer than usual.
9:01 PM

Yunne Osman said…
thank God everyone's okay. about the LQ, well i'm not so sure about that. back here in malaysia, they're having a big fuss that it's tonight (i don't know where they get that from).

anyhow, i'm taking this opportunity to wish you eid mubarak! and wishing for you to have a pleasant one :-)
11:50 PM

Not sure I've been having hunches about LQ and everyone has a different opinion about it! It was quite windy and rainy here last night but it was also very peaceful. Although the sun wasn't bright and red this morning. Others are saying that it was Friday night, wallahu allam. Best to make ibadah everynight :)
1:01 AM

Fairuz Izman said…
oh btw, alhamdulilah am glad you are fine!!! I've never experienced an earthquake before, but I would've been terrified...I get scared easily hehe

Modest wrappings said…
I saw the news today and thought of you straight away...its funny how technically i dont know you however feels like your my buddy haha
Im glad your ok and alive or else id really miss your fashion fridays haha :) xo
9:18 AM

S. H. said…
wow alhamdulillah you and your friends are ok, I have never experienced an earthqueake and inshallah I'll never or I think I will die it really scares me, about yesterday LQ I don't know but yesterday in Egypt was a really nice night, I have to check that btw. glad you b ok once again
3:02 PM

Shahirah Elaiza said…
Anon: Mum spoke to some of our family friends in Chch today and they said they can still feel the aftershocks today. I totally agree, 2010 onwards is going to be a very interesting ride for us!

Smart CoOkie: Me too, I can't believe such a huge disaster has hit a nearby city. It's a real eye opener.

Yunne Osman: Yeah everyone does have different opinions about LQ lol. I try to follow the sahih hadeeths but Allahu3alam. Selamat Hari Raya to you and to the little cutie!


Love and Sugar: Yes, some say it was Friday or Saturday or even Sunday. But I definitely felt the calmness on Saturday... you're right though, it's always best to pray and make dua every night. That's the spirit of Ramadhan =)

Modest Wrappings: Awww that's so sweet. You are my buddy! My blog buddy! Thanks for thinking of moi =)

that's me: Apparently it was really, really scary when it happened in Chch... we only felt tremors but only God knows what they felt over there. Goes to show you can never tell when disaster might strike and when would be our last days =/ Ooh it was nice in Egypt on Saturday? SubhanAllah.