I've completed my dissertation (or as my friend Shaymaa says, "your dessert-thingy". I love you Shaymaa!) and I'm pretty much done with Uni for the year. The sleepless nights are over!!! A million alhamdulillah's. It's been a crazy academic year and I'm still "recovering" from the stress and panic attacks I've had while studying and researching. Having said that, I'm just stoked to have finished. I've missed doing so many things and one of them is blogging! Now, I'm ready to start living my life again. After I catch up on some sleep, of course!

So, I see I have a backlog of things to write about. For starters, my trip to Qatar. Unfortunately, when my old laptop died I lost some of the data and I'm still trying to retrieve pictures from my old hard drive. Therefore, I'll write about the things that happened recently for now.

I'm sure you know that the Rugby World Cup games are held in New Zealand this year. The country is filled with tourists and lots of energy. It's amazing to see New Zealand come to life like this. Since the World Cup is hosted in New Zealand every 24 years and I had never been to a game in all my years that I've been here, I decided I had to ditch the books and attend at least one of the games in Dunedin. It is very much part of the Kiwi culture.

I present to you... Ireland vs. Italy! 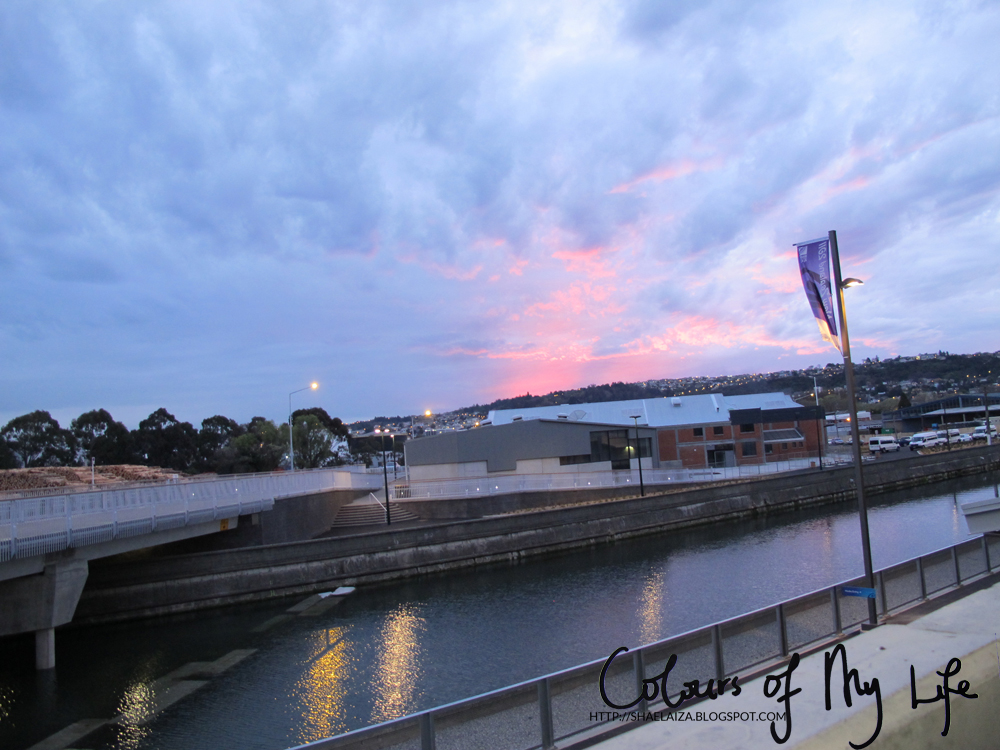 Sunset by the stadium 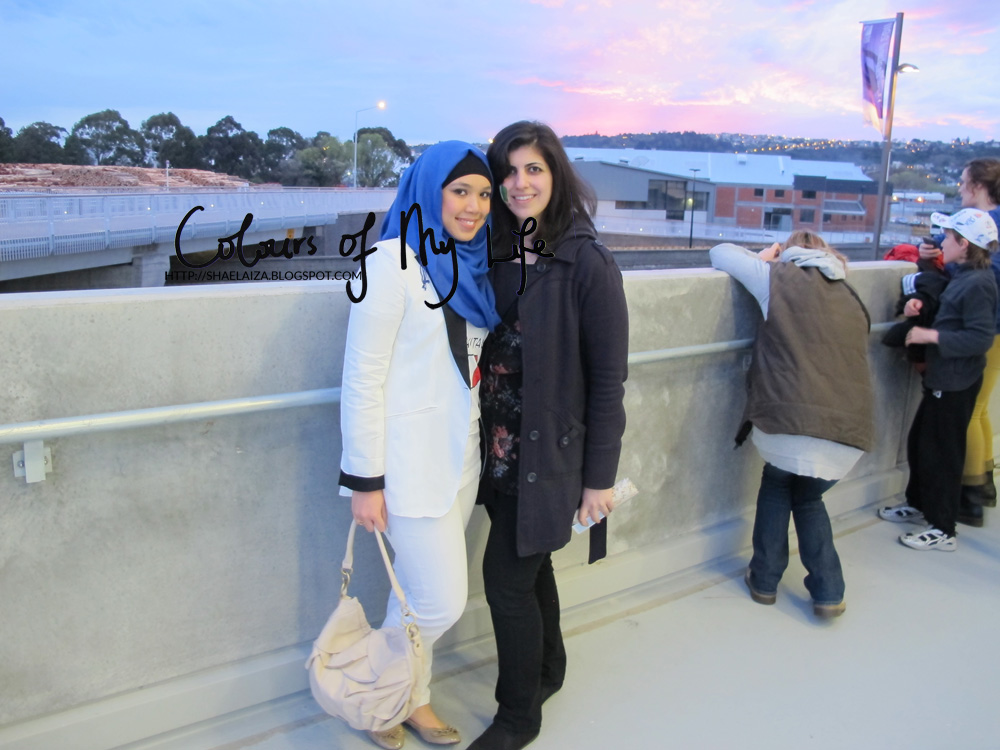 Wanna-be Italians. Yup, we wanted to support the underdogs. Although... half way into the game Areege decided to "convert"! 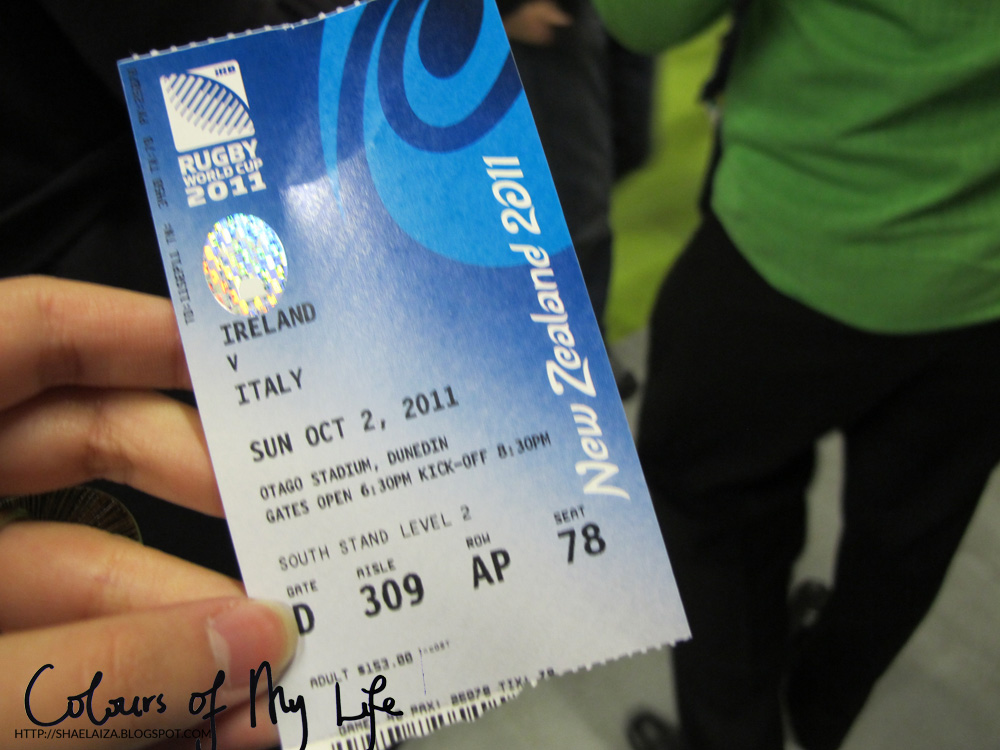 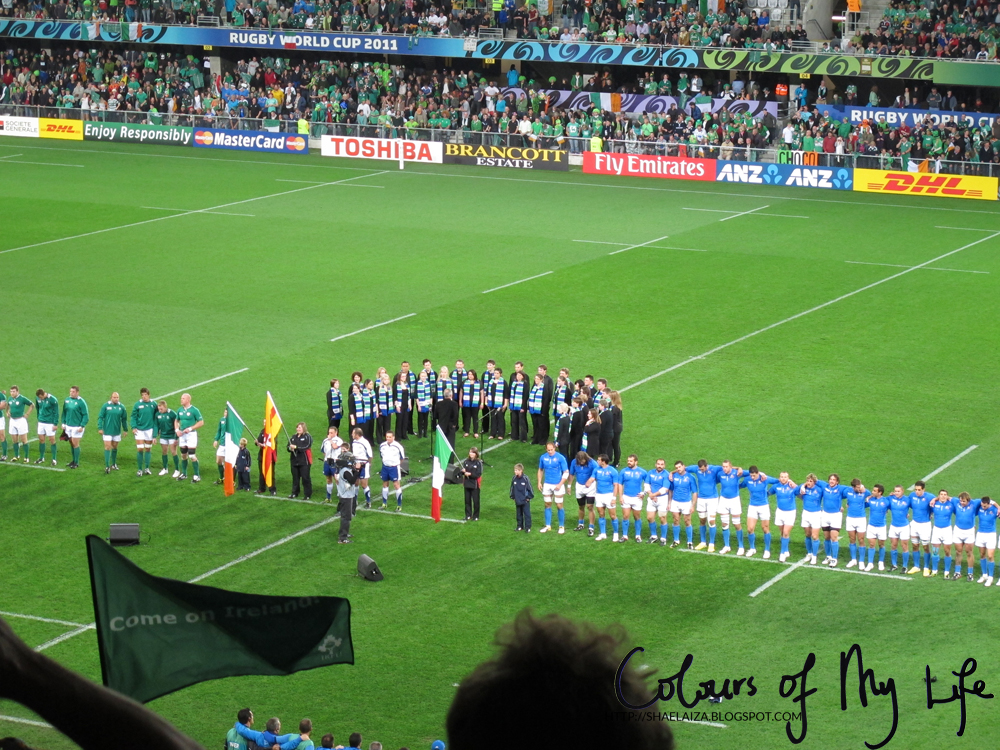 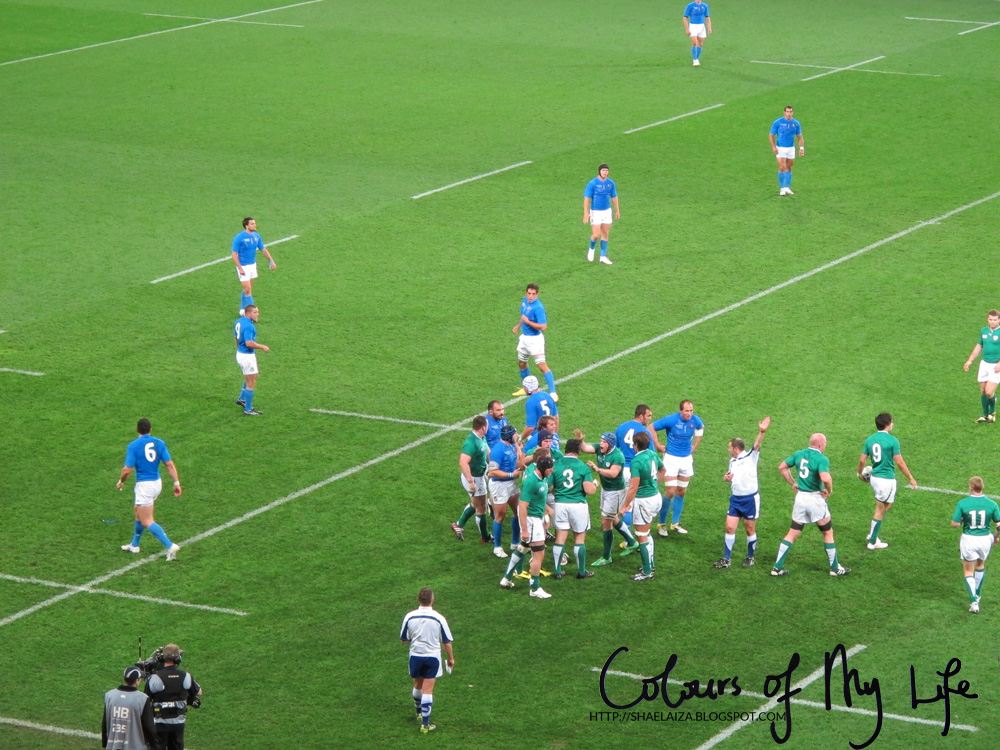 When you put Irish and Italian men together you know there's going to be drama. 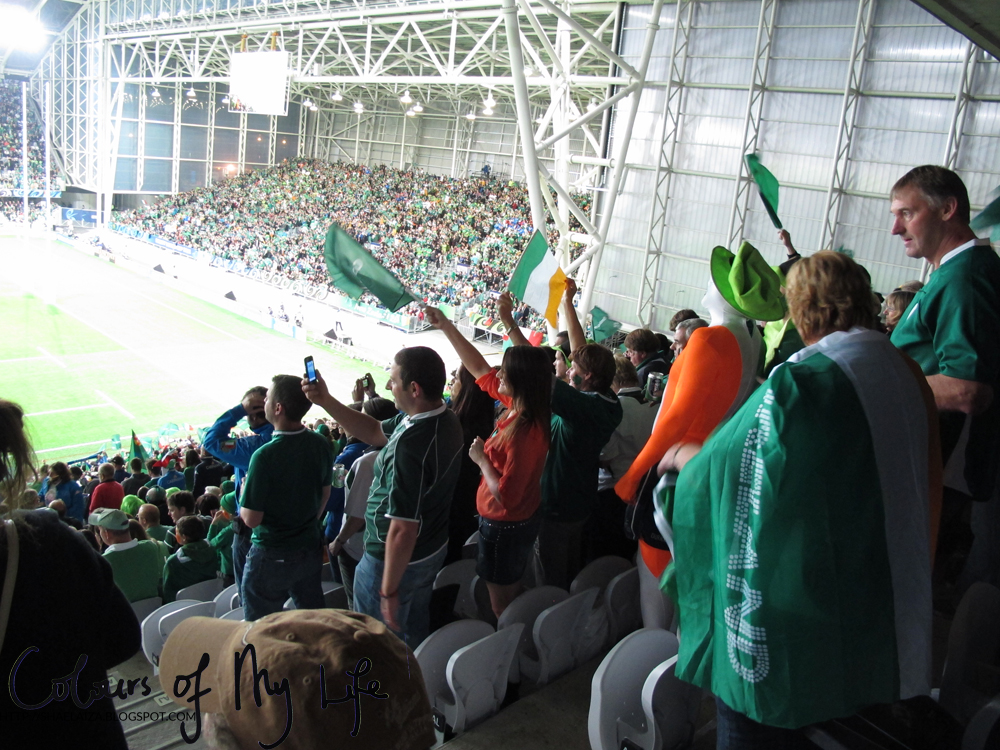 The entire stadium was filled with supporters of the Irish team. Come to think of it, Dunedin city itself was a sea of green that day. 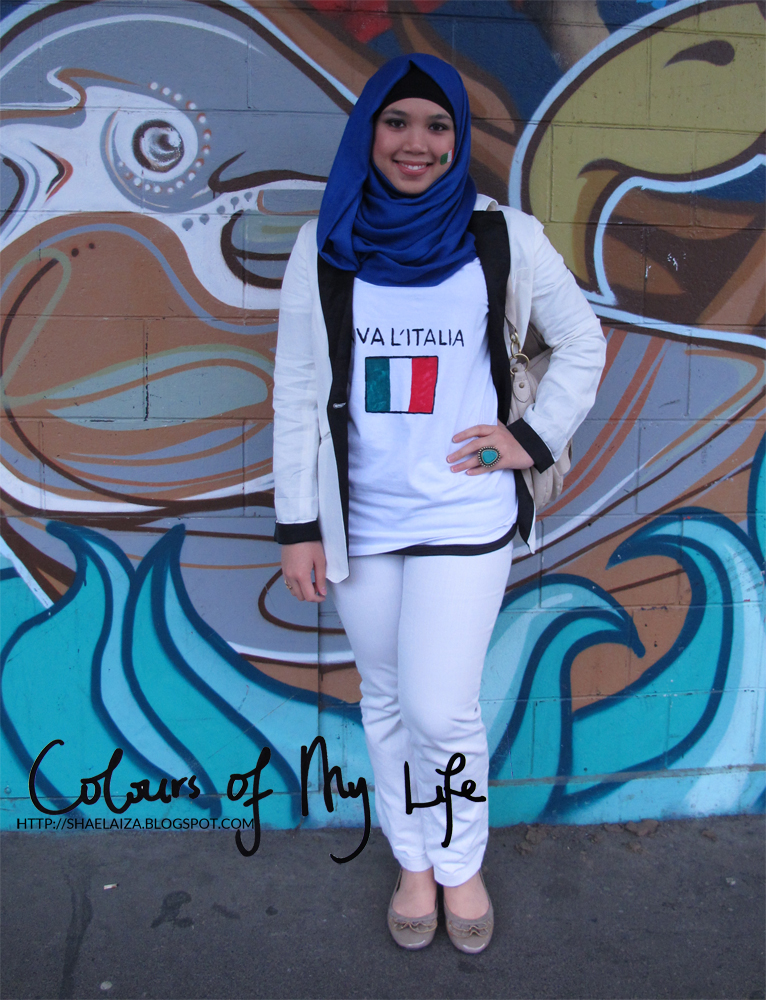 In the video below you'll be able to see a wave and how packed the stadium was. All in all, it was a really cool experience even though I was (and still am) pretty much clueless when it comes to rugby. I'm glad I took some time off from studies to do something fun. All work and no play makes Shahirah a very sad girl.

Hope ya'll are having a good weekend, inshaAllah.

let me give you a hug and a kiss sweety and congratulate you for you dissertation :)!!!BRAVO!!!I'm so proud of you.
Thanks also for posting this post which was such an enjoyment to read.My God you look so sweet dressed as an Italian fan :).A beautiful picture!

Blogging just hasn't been the same without you *BIG FAT HUG* so so so happy your dissertation is over and you're finally stress free! lotsa love xx
7:59 AM

washi said…
Thanks for sharing Shahirah...as a South African I LOVE rugby...it's practically a way of life here :)
You have no idea how jealous I am that you managed to score RWC tickets...plus you looked fabulous (as usual)
1:42 PM

Shahirah Elaiza said…
Jasmina, alhamdulillah nothing is possible without Him. Thank you for the wish. You are as sweet as ever. God bless xox

Ashi, even I've missed me!! LOL I need to feel like myself again. Missed reading your blog hun. Hope all is well xox

ashie, that is one of the major reasons why girls watch rugby eh? lol

washi, rugby is like a religion over here too. Thank you for kind words sis!
7:22 AM

Laila said…
Salam!
Being in these events is an incredible feeling, I few weeks ago I went to Moto GP championship here in Spain, but do not see it just as well as on television, the experience of being seeing it live, feel the noise, the other people who are there because they like the sport too well, is very nice. I would repeat it again.
a kiss
Laila
4:09 PM