We had another white weekend in Dunedin. Although I’m down with the flu I was determined to not miss out on some snow fun. Did I mention that I’m staying with a wonderful Muslim family at the moment? They were generous enough to offer me a place in their home as it’s my first Ramadhan without my family. I know I chose to live alone this year (my attempt at being ‘Miss Independent’, I suppose) and I’ve survived so far but waking up for suhoor during winter in an empty house was no fun at all so I accepted their offer. It’s been really nice spending time with this family of four. Steve is a Kiwi who married an Indonesian, Arien, and together they had Ali and Yasmin, aged 14 and 12 respectively. I’ve known the kids ever since they were little and it’s hard to believe they’re so grown up now.

During the long weekend we went out to enjoy the snow so here are some pictures to make you go brrr! 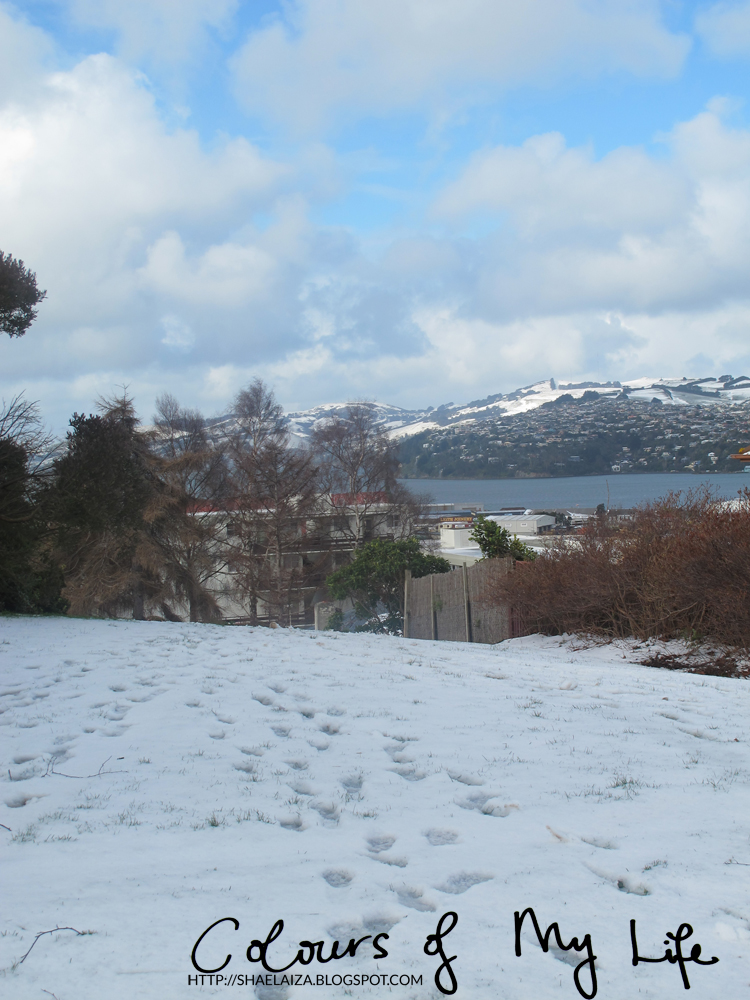 Pretty view from the backyard 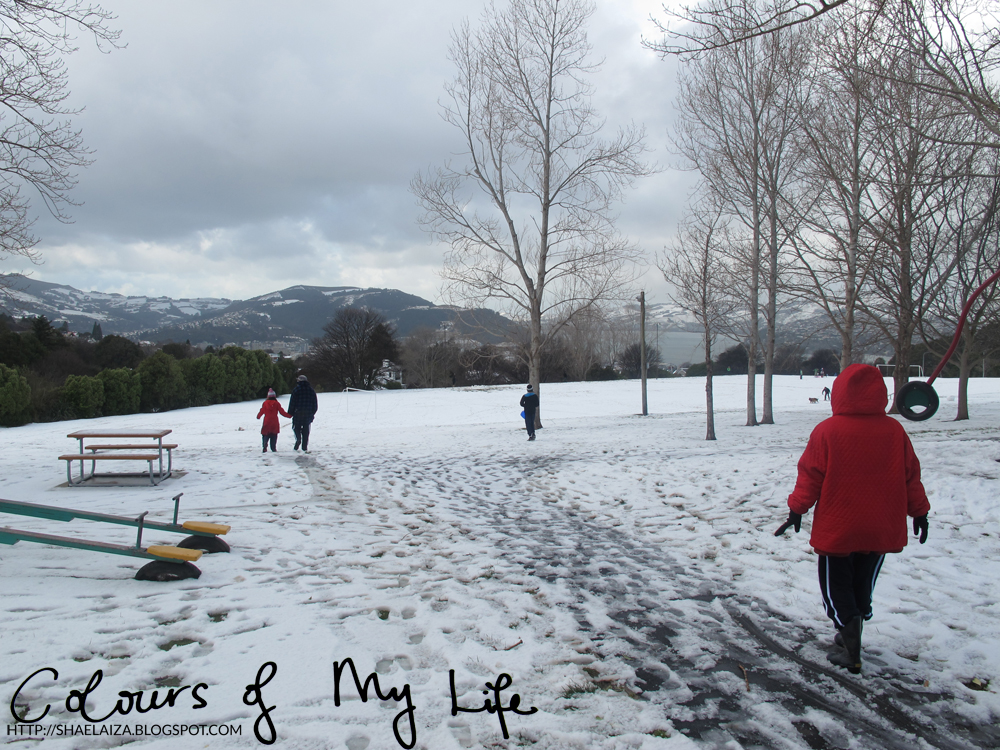 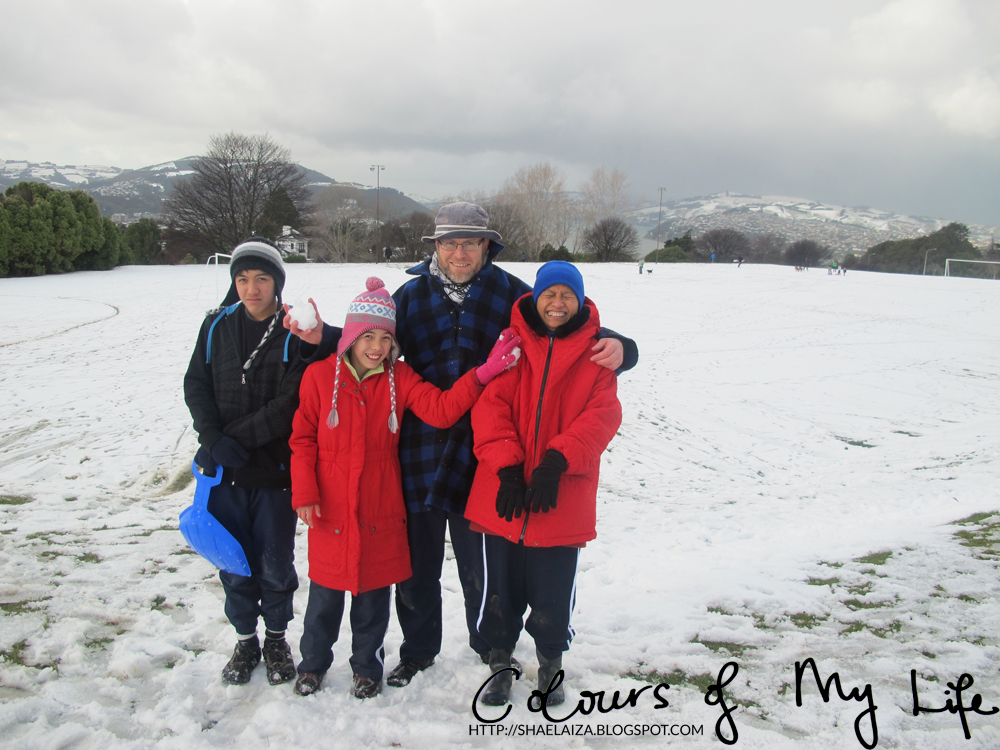 This shot perfectly captures the spirit of this family! 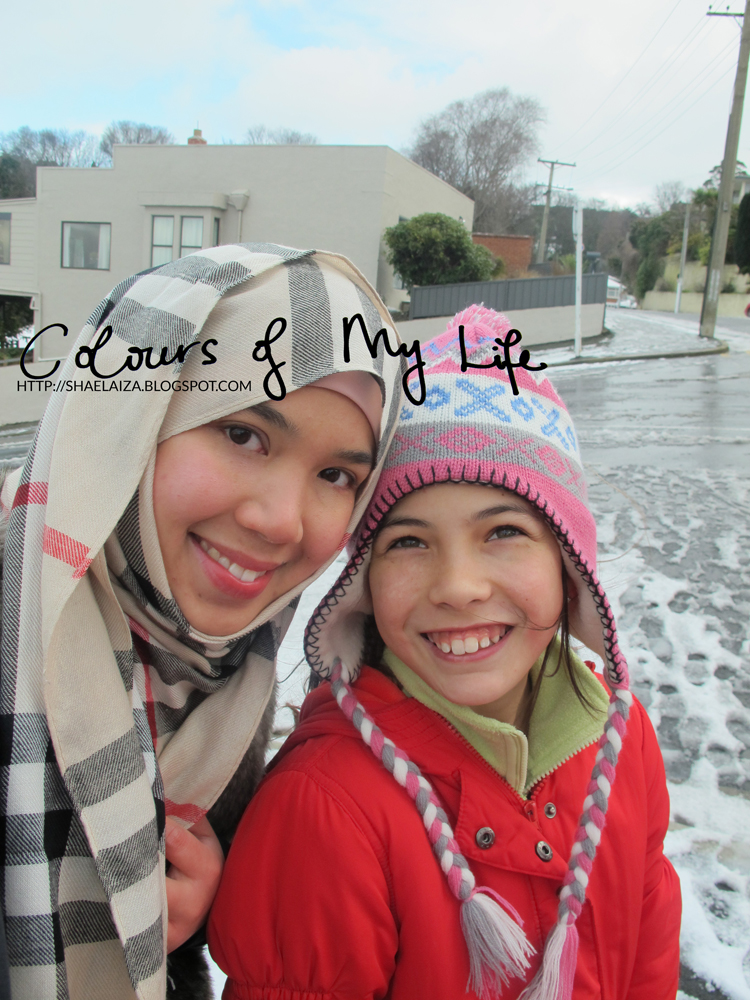 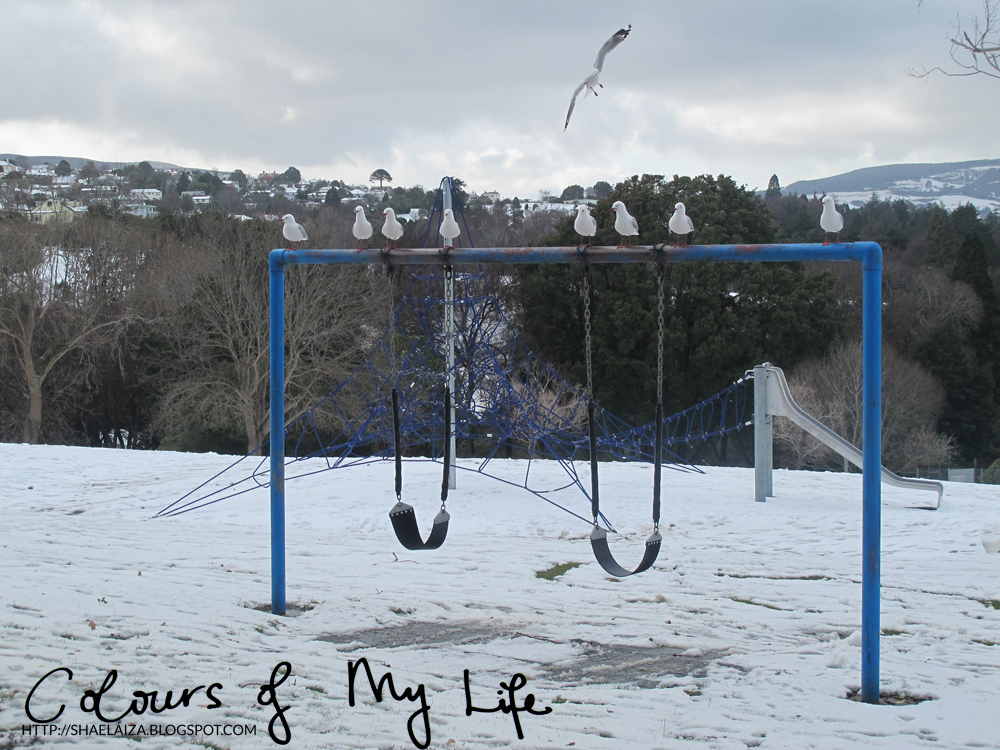 Now all the snow has melted away and we're only left with freezing temperatures. Apparently New Zealand even made it on international news because of all the snow we've been getting. Yup, it even snowed in Auckland for the first time since the 1930s! Climate change, much?
Email Post
Labels: Muslims in the West weekend snapshots

Anonymous said…
I love your new layout, it really makes the pictures pop! I am glad you have some people to spend those chilly suhoors with, I agree it is not the same without anyone to share it with! Happy studies :)
10:51 PM

'Atiqah Shaharuddin said…
Salam!!! My name is 'Atiqah Shaharuddin. it's so nice to see pics of dunedin. i was there for three years in the 90's. the family that ur with is a friend of ours and we have lost contact with them ever since we came back to Malaysia in 1999. would you mind providing me their contacts?
you can find me on fb if you need reassurance that I'm not a psychotic maniac. here's the link. http://www.facebook.com/profile.php?id=729508960 . do get bak to me on fb k?
11:16 PM

Shahirah Elaiza said…
Thank you! Sarah, it was horrible waking up at 5.30 am just to eat suhoor all alone. The cold made it even worse lol. Hope fasting is going well for you hun *hugs* You've yet to email me a picture of you in the dress!
11:20 PM

Shahirah Elaiza said…
Atiqah, I asked Kak Arien if she remembered you guys and she said she does! So I'll give you her Facebook details ok?
11:42 PM

enjoy the remaining days of Ramadhan!

Anonymous said…
That particular photo really does capure the spirit! Wow =) The kids are so big already. Yasmeen is so beautiful mashaAllah and Ali is getting to be quite tall, again mashaAllah. Totally awesome pics. Say salam to Aunty from me.
Love dari Indonesia =)
1:27 AM

Laila said…
Oh! So beautiful! :) I like snow and at this time moran than ever because here in my city in Spain it's too hot, 40ºC, I literally dying heheh.
Salam
9:37 AM

BuLaN said…
salam
masyallah those two are big now. the first thing i did after reading this entry was to dig my old photos..found some photos of me and the kids..ali was just 4 and yasmeen few months old...and i think i know atiqah's family...bro saha and sis fathi :) what a small world
12:01 AM

ashkiran said…
Salam.....yes when we were in Dunedin in 1996 it also snowed ther for the first time after many years ..... it's nice to see that we have the same friends who are still in dunedin....Brother Steve n Sis Arien....Atiqah Shaharudin who left a comment on yur blog was also with us there....it's nice to see the muslims there still keeping in touch with each other and organising meeting sessions .... i used to luv those pot luck sessions....Keep in touch....Wassalam.wr wb
7:55 AM