Understanding 'Islam' and 'Terrorism' Through the Lens of Post-Orientalism 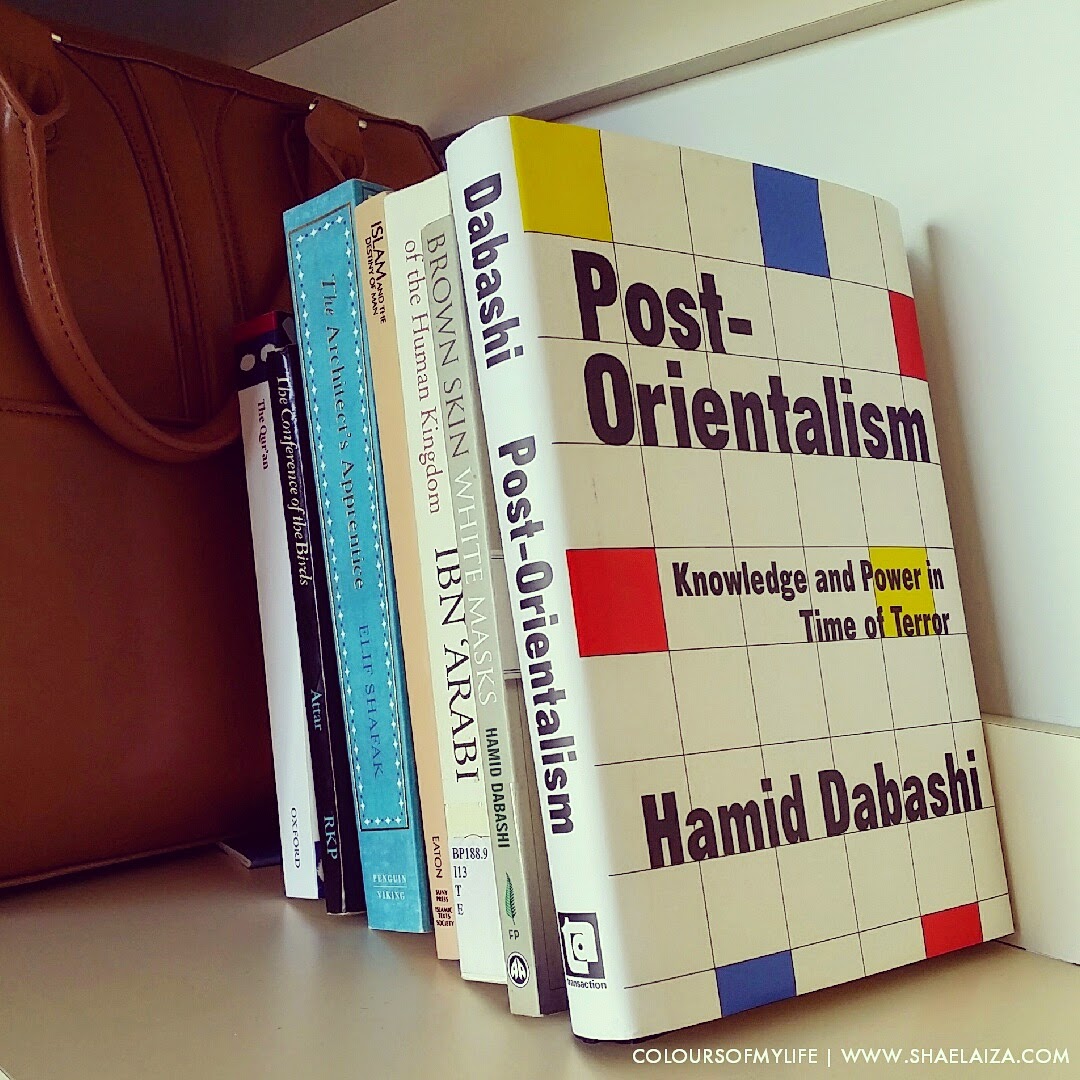 As a Muslim I have never been more confused about the role Muslims play in violence and terror in the context of the 21st Century. "Who is a Muslim?" is a question I am sure many have pondered on, even Muslims, dare I say. I am tired of trying to demonstrate that ISIS' ideology is not based on the Islamic faith that I have embraced and cherished all these years. Therefore, when I came across this passage from Post-Orientalism: Knowledge and Power in the Time of Terror I could not help but feel the need to share it because there are points in there that deserve thought and consideration.

As a Muslim who has absolutely nothing to do with the acts of violence done by other Muslims I feel disparaged by those who continue to demand the need for collective Muslim guilt. Why must I feel ashamed of something I did not do nor support? Why must another Muslim's definition of Islam have a debilitating impact on my life? Why must I live in fear of being inadequate simply because Western media have assumed authority over the representation of what constitutes Islam and Muslims? Why must I be subjected to this pressure and injustice?

"What we call 'Islam' is the historical outcome of a colonially ravaged people in search of an ideology of resistance. From the scattered memories of their ancestral faith Muslims have sought to narrate an ideology of resistance and then called it 'Islam'. We cannot, as does Mr. Fukuyama, neglect the last two hundred years of imperialism and the havoc it has wrought on Muslims and then make a transcontinental leap that 'Islam' is this, that, or the other thing.

'Islam' is nothing except that which Muslims have actively imagined and institutionalised it to be. And Muslims have actively imagined and institutionalised their faith over the last two centuries under very specific historical circumstances, of which Fukuyama is either frightfully ignorant or deliberately dismissive. Islam has been an ideology of resistance as has socialism and nationalism or any number of its amalgamated ventures. Constitutional to that resistance has been the material basis of opposing tyranny at home and imperialism from abroad.

It was simply a joke, had it not been so pathologically dangerous, to consider Saddam Hussein's invasion of Kuwait as an "Islamic" movement. The Shi'i population of southern Iraq, the Kurdish population of the northern Iraq, and the entire Muslim population of Iran have lot to say to Fukuyama about the 'Islamic' incentives of Saddam Hussein." (Post-Orientalism: Knowledge and Power in the Time of Terror, Hamid Dabashi, 2009, pg. 234- 235)


Updates:
21/2/2015: I recently came across ISIS Isn't the Real Enemy. The "Game of Thrones" Medieval Mindset That Birthed It Is by Amir Ahmad Nasr. In my opinion, it's a worthwhile read.

14/11/2015: We do need a religious renewal, one that consists of pragmatic solutions and individual and collective determination to evaluate and address the threat of extremism. Here's an excerpt from another relevant article: "In the West, most people now think of ISIL when they hear “caliphate.” In this current, radicalized iteration, the phrase has come to suggest theocratic imperialism; an aggressive, ideological and murderous project. Yet the primary role of a caliphate in the Qur’an is put forth in a very, very different context. And early Muslims created their own caliphate to meet their circumstances. If modern Muslims want to be faithful to that tradition, they can best do so by showing some ingenuity. There has never been a more urgent need for religious renewal." (Only a real Islamic caliphate can stand up to the sham of ISIL by Haroon Moghul)
Email Post
Labels: Muslims in the West the struggling Muslim

Anonymous said…
Western media:- Nobody in this planet knows, with the help of USA, after stealing Palestinian land and killing scores of people, Israel has ethnically cleansed over 700,000 Palestinian Muslims to neighboring and many other countries.
Remaining Muslims in Palestine land are living like imprisoned animals in their own land..No western media highlighted their fate but ISIS which also funded by USA to defeat Assad of Syria is another face of same coin (one Israel)..But one face of the coin has been highlighted as democratically elected peaceful state ( where there was no such state called ISRAEL before 1947) and the other is exposed as threat to humanity because they are trying to ethnically cleanse Christians from Iraq.
When two giant arrogant and dreaded powers with devastating weapons of mass destruction rule the world with technology, internet, media and false propaganda, you bound to analyze what gone wrong with your own religion and acts of frustrated fanatics of a “Purely peaceful faith called ISLAM”.