Drama Before Ramadhan: Learning to be Pleased with Allah in Times of Hardship

SubhanaAllah, how fast time flies and how lucky we are to welcome this blessed month of Ramadhan into our lives once again. Alhamdulillah - all praise belongs to Allah - for another precious opportunity to become closer to Allah, our Creator and Sustainer, and to earn His pleasure through acts of worship, kindness and generosity. I'd like to wish you a fruitful Ramadhan in which you'll reap the rewards in this life and in Jannah. Ameen. I also want to share with you a story about an incident that happened to my family and I two days ago and what I learned from it, alhamdulillah.

We were in Johor Bharu and as some of you may know, Johor Bharu is known for its scrumptious hawker food. One of the best places to eat hawker food in Johor Bharu is at a food court along a street named Jalan Sungai Chat. My brother found a parking spot near the food eatery but because he wanted to avoid getting blocked by other cars as it was a busy area he felt the urge to move the car further along the road where it was more quiet. 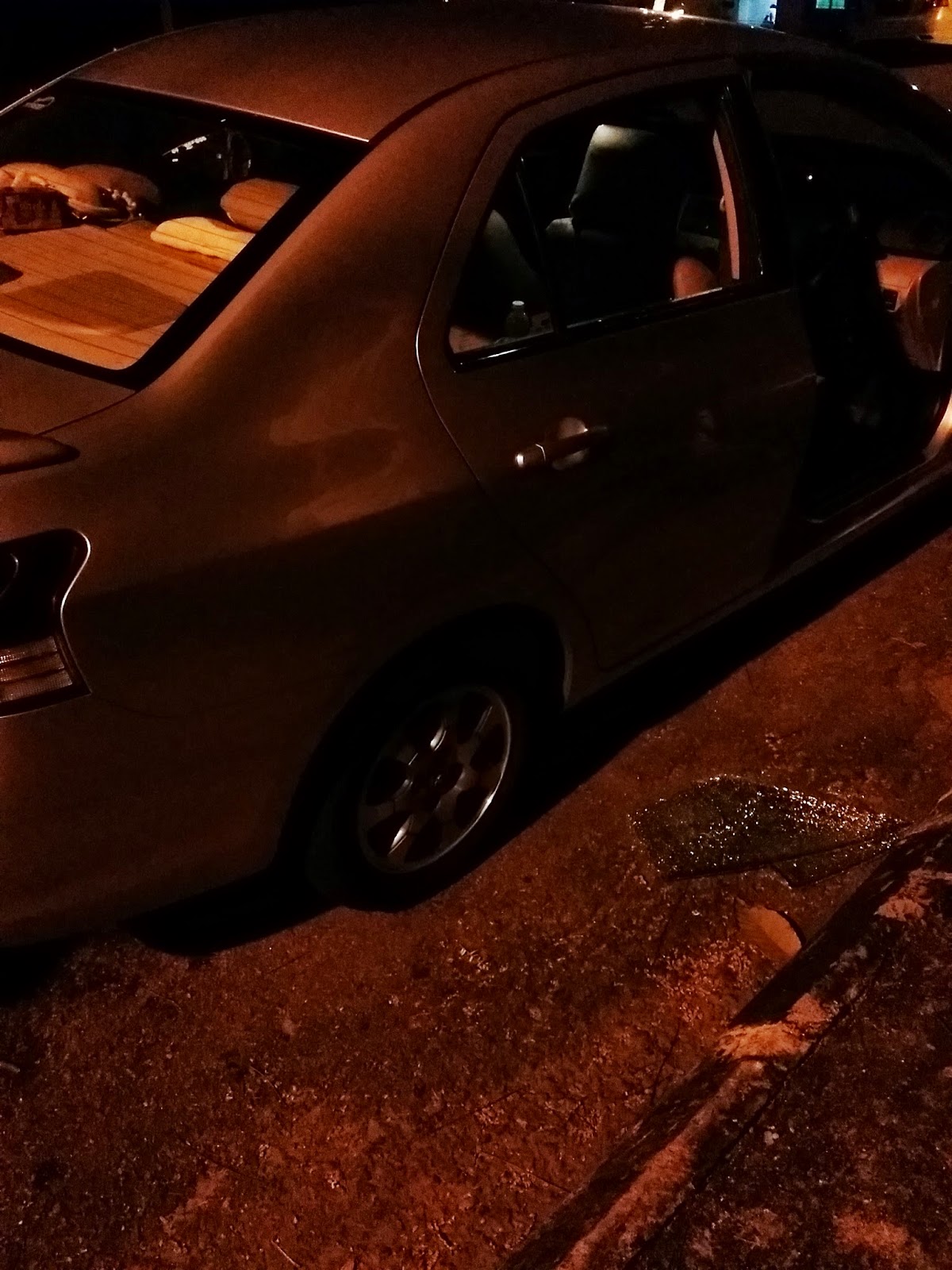 We didn't know this area was notorious for car break-ins. Sadly, our car was broken into while we were having dinner and the thieves stole my sister's laptop. She completely forgot that she had brought it with her for the trip. We were later informed by the police that cases as such were common in Johor Bharu due to drug abuse. My sister was upset for a while and so was I. There were many family holiday photos I had stored in it, including the ones from our Mantanani Island trip.

However, we also felt grateful to be safe and to still have each other. On top of that, the car could have been stolen but it wasn't. Shukur alhamdulillah. This hardship was a test and a relatively small one but in light of everything else, losing the laptop was a small price to pay for the lessons we gained from the experience:

And if We give man a taste of mercy from Us and then We withdraw it from him, indeed, he is despairing and ungrateful. But if We give him a taste of favour after hardship has touched him, he will surely say, "Bad times have left me." Indeed, he is exultant and boastful - Except for those who are patient and do righteous deeds; those will have forgiveness and great reward. (11:9-11)


This is not to say that believers are never touched by sadness, anger or distress. It is our fitrah (human nature) to have emotions but what we do with those emotions is what determines our level of iman. If we are only pleased with Allah when things are easy or going as we planned then we are denying His wisdom and rahma (love and compassion). In times of ease *and* hardship it is our responsibility to practice husnu dhanbillah (having good assumptions of Allah), count our blessings and be grateful to Allah for the good and the bad.

“The affair of the believer is amazing! The whole of his life is beneficial, and that is only in the case of the believer. When good times come to him, he is thankful and it is good for him, and when bad times befall him, he is patient and it is also good for him.” — Prophet Muhammad (salallahu alayhi wasalaam)  [Hadith Muslim]


And We have already sent [messengers] to nations before you, [O Muhammad]; then We seized them with poverty and hardship that perhaps they might humble themselves [to Us]. (6:42)


Nobody is perfect and everyone struggles with humility and sincerity towards Allah from time to time, especially myself. However, I believe there is always hope and there will always be opportunities for us to better ourselves as Muslims. May this Ramadhan be a means for us to do that, inshaAllah! Ramadhan mubarak everyone :)
Email Post
Labels: malaysia Ramadhan reflections Ramadhan reminders

Misha said…
Subhanallah, this post is just what I needed. I ahve bee nstruggling through something and have been finding it hard on some days to be patient and/or to have hope..I did not know it was a sign of hypocrisy. I will be more careful now, do you have a like to Ustadh Nouman Ali Khan's lecture I will search for it too, but if you have a lin kthat would be great. Jzzk for beign such an inspiration.