Faith Friday: Where are Your Manners? 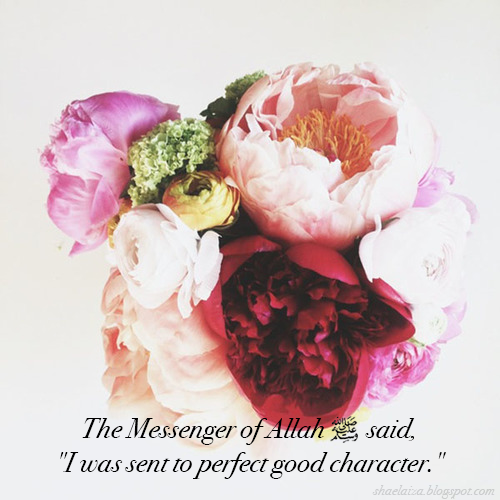 Last June, I wrote a blog post with a controversial title: "I Hate Muslims". Obviously, I don't dislike [all] Muslims but this explains why I chose that title.

"What surprised me was that in the "real world", Muslims can also be "bad" people and that it wasn't my non-Muslim friends who have hurt me the most even though some were not the best influence. After becoming a more "practicing Muslim" I naturally gained more Muslim friends compared to before. I thought my life would become simpler because I assumed all Muslims would share the same values - helping one another to do good deeds, never envy except in two occasions, advising and protecting each other from harm.

But the reality is Muslims have let me down in ways I didn't expect and there were times when I said "I hate Muslims" even though I knew I shouldn't make a blanket statement like that. It's not fair on others. I'm not saying I haven't disappointed people and made mistakes. I'm very sure I have. I just had high expectations of others and got hurt."


I am certainly not claiming to be the best Muslim but I am always bewildered when Muslims with a considerable amount of knowledge regarding Islam (or people who claim to have knowledge of Islam) can be the among worst representatives of Islamic principles and values. Shouldn't knowledge make someone a better person? Aren't they supposed to lead by example? I asked myself.

Yahya related to me from Malik that Yahya ibn Said said, "I have heard that by his good character a man can reach the degree of the one who stands in prayer at night and the one who is thirsty from fasting in the heat of the day." {Imam Malik's Muwatta}

Granted, no one is perfect, but this is a reality check for Muslims and non-Muslims alike. Scholars like Professor Naquib al-Attas have explained that one of the greatest tragedies to have hit the Muslim ummah (global community) is the loss of adab (good etiquette and manners).

"I studied adab for thirty years and I studied knowledge for twenty years." ~ Imam Abdullah ibn al-Mubarak (rahimahullah, may Allah's mercy be with him)

How many people have turned away from Islam due to our bad manners as Muslims? How many Muslims are losing faith in Islam because of their experiences with self-righteous Muslims with bad character?

In our pursuit of becoming "good Muslims" sometimes we forget that the most righteous in God's sight is not necessarily the one with most knowledge or wears clothes of the pious but the one who seeks His pleasure by being God-fearing, humble, courteous, generous, steadfast and patient while gradually trying to be a better and sincere Muslim.

I have a long way to go, I admit. But I'll keep trying, inshaaAllah, because God is Most Merciful and Heaven is more than worth striving for. If you're a struggling Muslim like myself, start softening the heart by remembering Allah, Judgement Day and this verse: Whoever does any deed of good and righteousness, being a true believer, his endeavour will not be left unrewarded in ingratitude. We are keeping the record of every good deed of his in his favour (without the least being neglected). {21:94}

Jumaah Mubarak, my friends. May God's peace and blessings be upon you.
Email Post
Labels: faith friday inspirational verses and hadiths the struggling Muslim

JustMeAisha said…
This is very sad, but true. I'm sure many others have experienced this in some way. May Allah guide us all and make the learning process easy for us to grasp and implement in our lives. Ameen

Unknown said…
Really nice sharing on a prestigious day of Jumma,May Allah bless you for that, Love your blog
2:37 PM

Sarah Zulkifli said…
nice posts :) and so true about muslims .
5:25 AM