"Verily the one who recites the Qur’an beautifully, smoothly, and precisely, he will be in the company of the noble and obedient angels. And as for the one who recites with difficulty, stammering or stumbling through its verses, then he will have TWICE that reward.”

- Prophet Muhammad peace and blessings be upon him {Al-Bukhari and Muslim} (source: Rewards, Benefits and Virtues of Qur'an and its Recitation)


My blog is kind of my accidental vision board. Due to Allah's will, I end up meeting some of the people I have written about despite never imagining that I'd someday meet them. When I blogged about Fatih Seferagić last year it never crossed my mind that I'd eventually meet the 18 year old hafiz. When I think of a hafiz, for some reason I think of someone who's the total opposite of Brother Fatih i.e. strict, serious and older. (Yeah, we should never stereotype!) One might say he is quite the YouTube sensation but not for anything frivolous. He's well-known for his Qur'an recitation and many young girls would also say, for his youthful good looks too (can I get a mashaAllah?). Thanks to Muslim Professionals Forum, Brother Fatih flew all the way from Houston, Texas and spent almost 3 weeks in Kuala Lumpur recently.


During his stay he had a very busy schedule which included television interviews, the Being ME conference, The Hitchiker's Guide to the Qur'an by Young Muslims Project, Ramadan Workshop for Children and Teenagers, respectively, by Muslims Professionals Forum and his own private event, just to name a few. 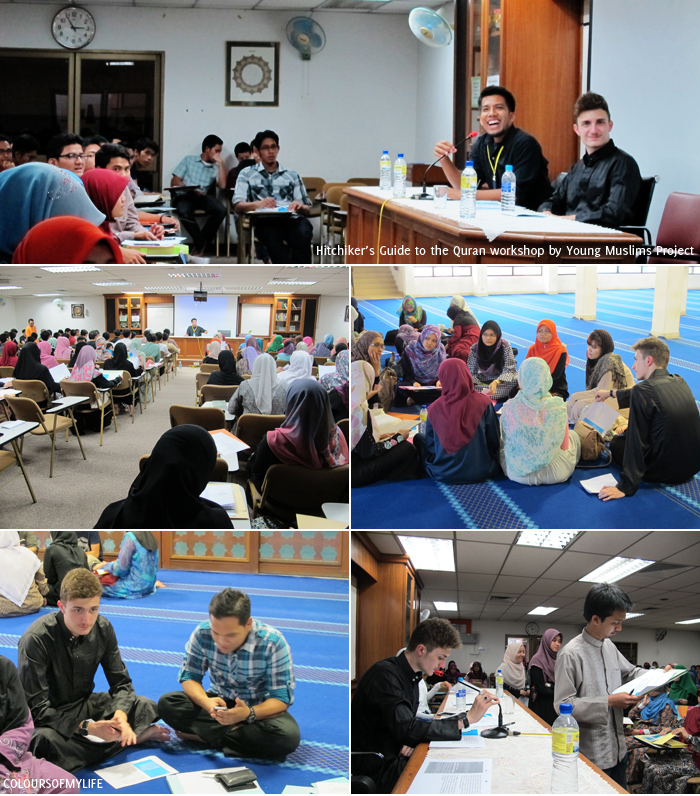 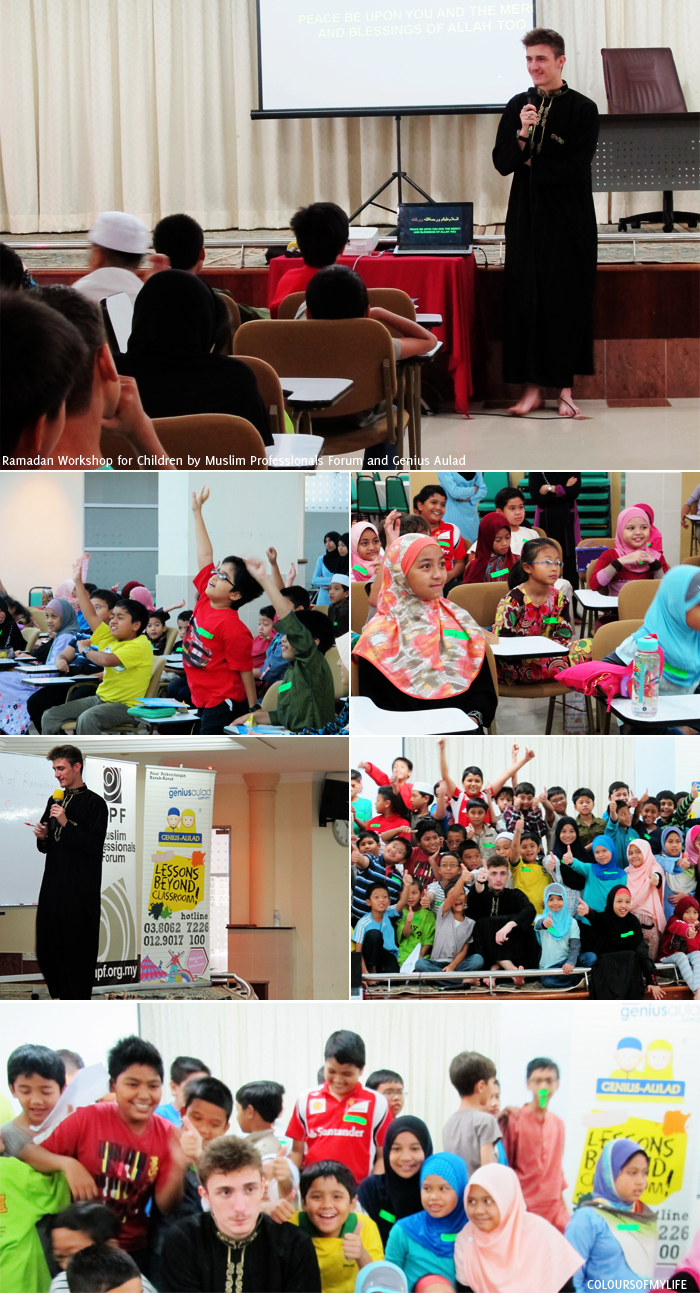 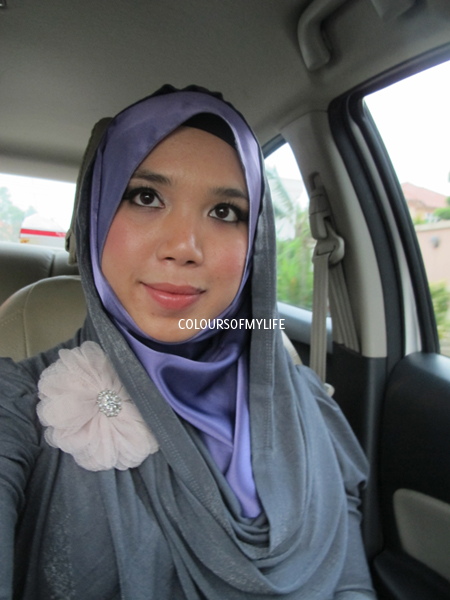 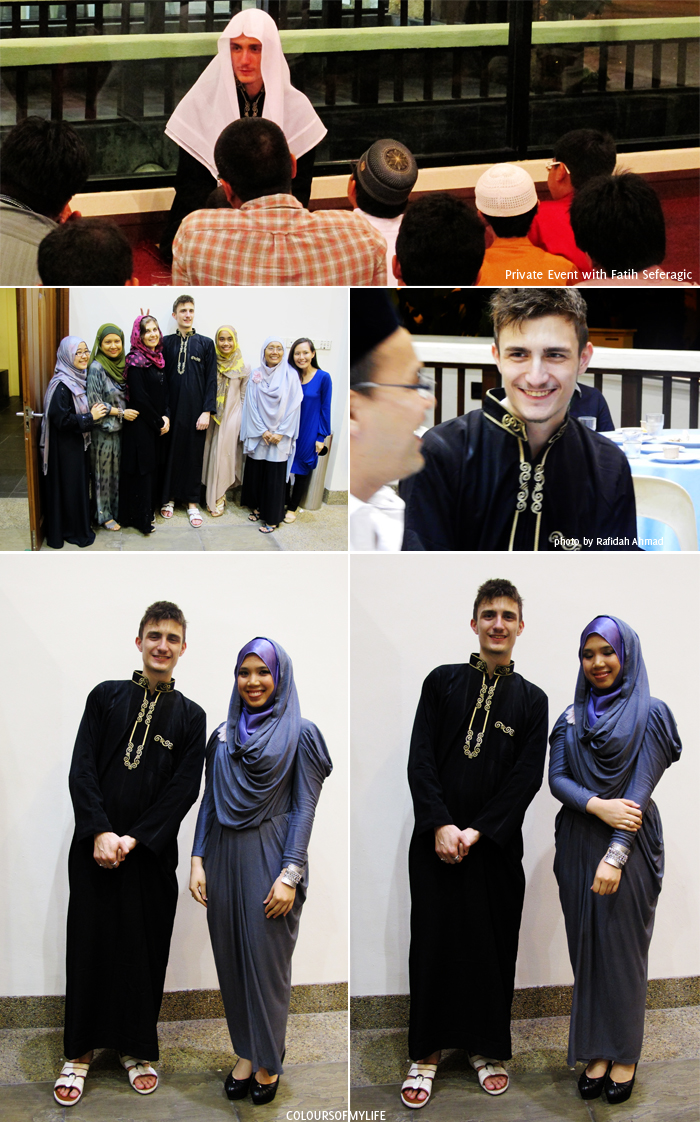 I tried to take a nice picture with him but I guess it just wasn't meant to be... either one of us had our eyes closed!

Me: Can I have a photo with you tonight? Every time I see you I look horrible 'cause I'm always in a rush but tonight I look a bit more decent....

Fatih: Aww, are you fishing for compliments?


Fatih is funny like that and I like that he's very 'real'. He declared that he's not a scholar and doesn't pretend to be as 'perfect' as some might think he is, and I think that makes him a person a lot of young people can relate to. He's great with children, the youth and of course.... the girls. I'm happy that young Muslims have a role model they can relate to and a part of me is relieved that young Muslim girls have a better male figure to admire in comparison to some celebrities out there *cough* Justin Bieber *cough*. It's great to learn from older scholars but sometimes there's a disconnect because of the age gap. I think Fatih is an inspiration to people of all ages especially after listening to his life story.

Brother Fatih and his mother lived as refugees who fled Bosnia due to the war. Fatih began memorising the Qur'an at age 9 because his mother believed that learning the Qur'an would help him to learn how to focus. It clearly proved to be a wise decision and he finished memorising the holy book by age 12, alhamdulillah! Fatih was homeschooled and he completed high school 3 years early. He just turned 18 this year and he has a long way to go, but I believe great things are in store for him, inshaAllah. Having said that, we should always keep in mind...


"There are no celebrities in Islam. Just those who are tested with popularity and those who are blessed with anonymity." ~ Abu Hafsah Abdul Malik Clare


Anyway, I recorded a few amateur video clips from the workshops we organised and compiled them in this YouTube playlist: Fatih Seferagić, KL 2013. Personally, I thought his response to a question about music was thought-provoking. I love music, not as much as before, but I can honestly and regretfully say that I listen to music a lot more than I listen to the Qur'an. The only time I try my best to refrain from music is during Ramadan. Brother Fatih's answer made me ask myself: Do I love music or the Qur'an more? If I claim to love the Qur'an more does it reflect in my actions?

We need more young Muslims to put themselves out there and help other young Muslims to maintain their identity in a challenging world. You don't have to be a perfectly practicing Muslim to do this. Just be someone who's sincerely trying to do good in this world, for Allah (swt) and the Ummah, and inshaAllah (God willing) God will guide you along the way.

Fida Islaih said…
I saw this and was like that's awesome! He happens to be coming to my community this coming weekend to lead taraweeh and I'm excited!!
5:06 AM

R S said…
he is quite a looker, I must admit. And you're right, it's wonderful that he has this vibrant energy so that youngsters have someone to look up to and also relate to!
11:41 PM

Ayu Dama said…
Two days ago I met Fatih Seferagic in a mosque in Bali and we did shalat Maghrib together, I was very happy to listen to the recitation of Qur'an that he read, the Qur'an is the best medicine for me !!
11:14 PM