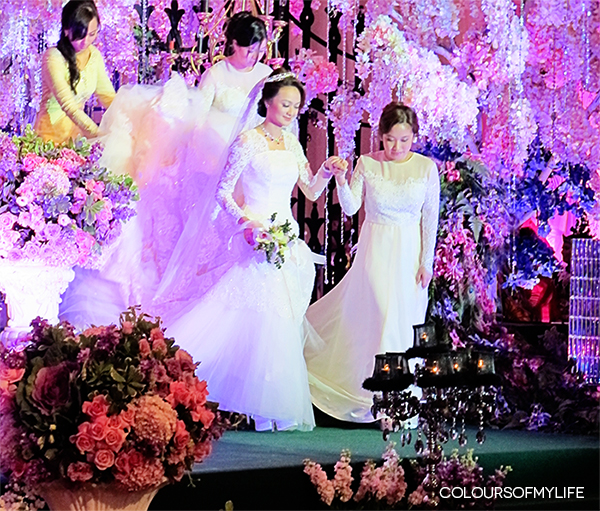 If you liked Nona and Mateen's first wedding reception you would like their second one too but for different reasons. The first reception was elegantly traditional whereas the second reception which was hosted by Mateen's family was unique or as Malaysians would say 'lain daripada yang lain' (different than the rest) and a little 'out of this world' because its theme was 'Alice in Wonderland'!

To be honest, I had no idea what to expect that night but I was mesmerised by how amazing she looked. What she wore were unlike any other wedding dresses I had seen in Malaysian weddings. Why don't you see for yourself? 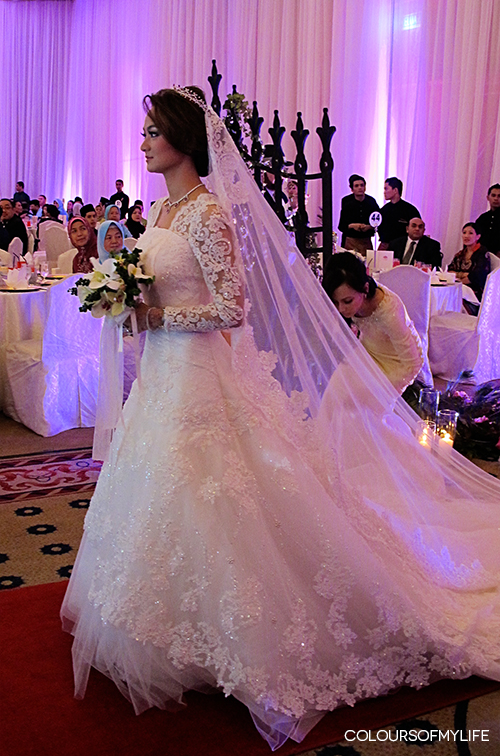 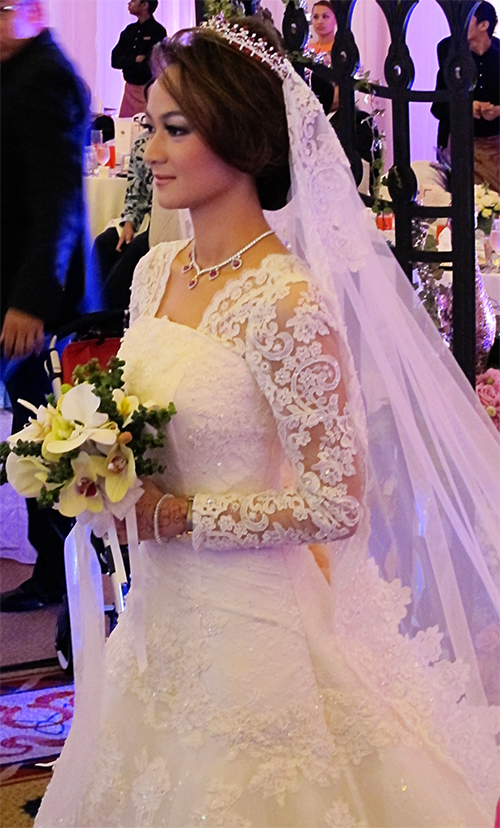 She looked every bit like a princess bride. Very Kate Middleton. 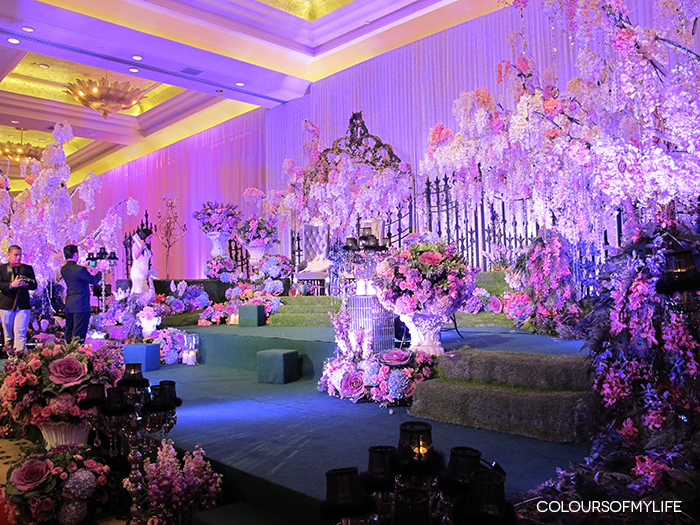 The guests marvelled at the Alice in Wonderland themed dais. There were faux peacocks, candles and plenty of blossoms. 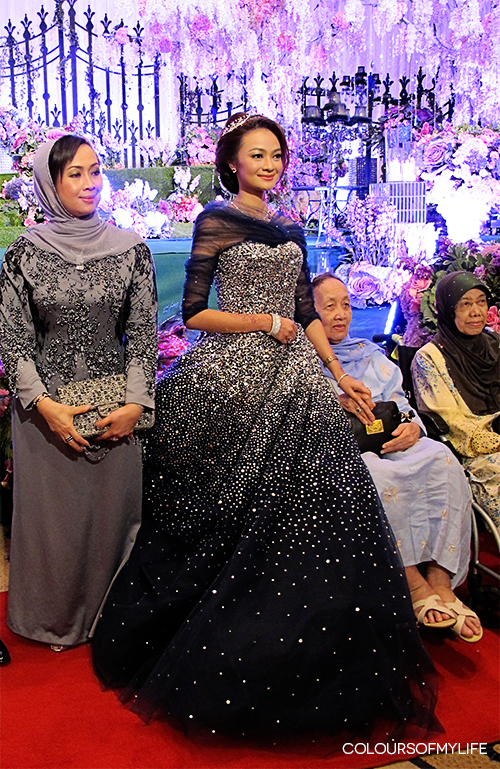 Dress #2 was midnight blue with crystals that shined like stars. Another jaw-dropper. 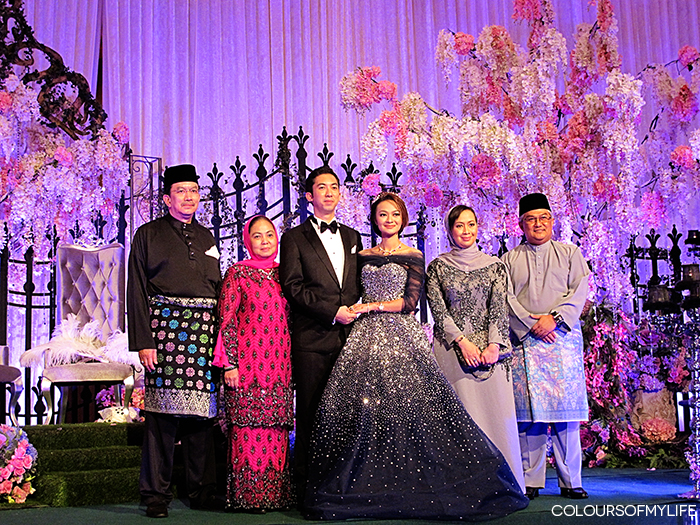 The bride and groom with their respective parents. 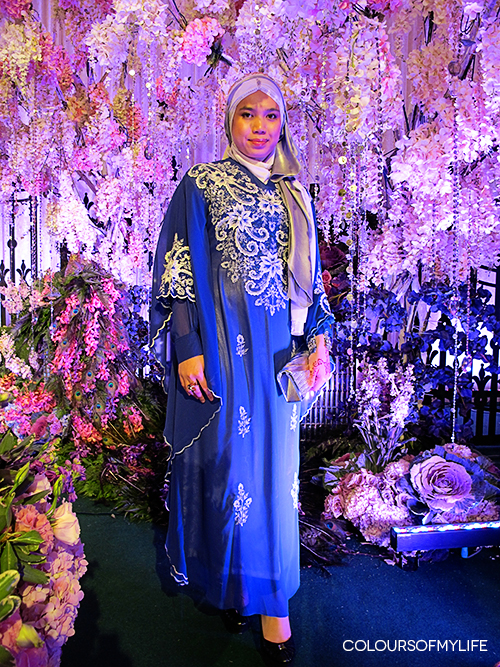 Who can resist taking photos on the dais? It was like being on the set of a fairytale movie! 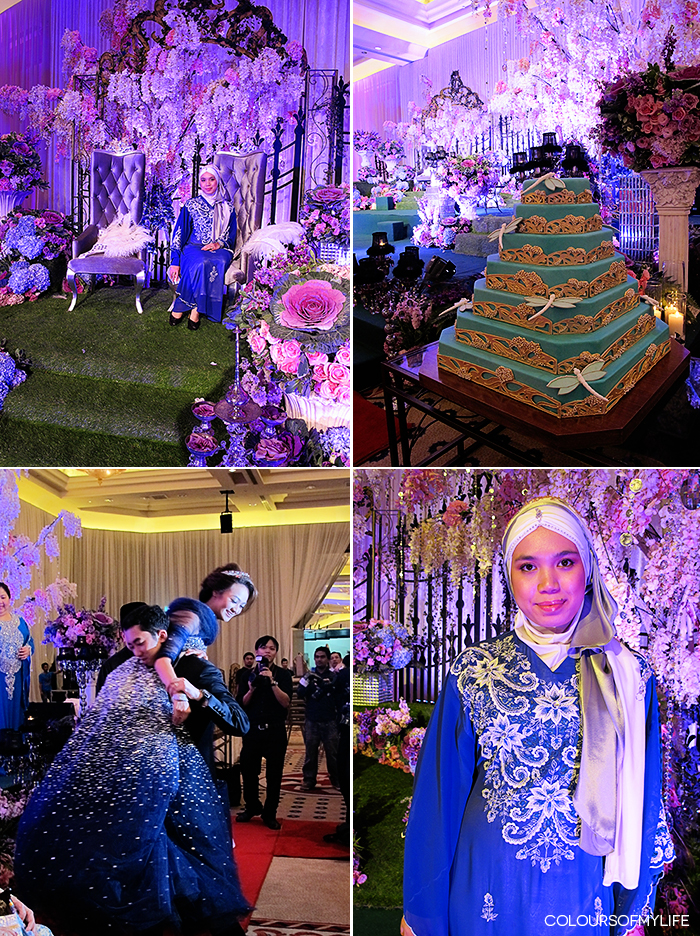 (l-r) Just chillin' on the pelamin; the dragonfly embellished wedding cake; a funny and sweet moment when Mateen spontaneously swept Nona off her feet (pun intended) because she couldn't walk down the steps in that dress; just chillin' again 'cause I'm cool like that :P 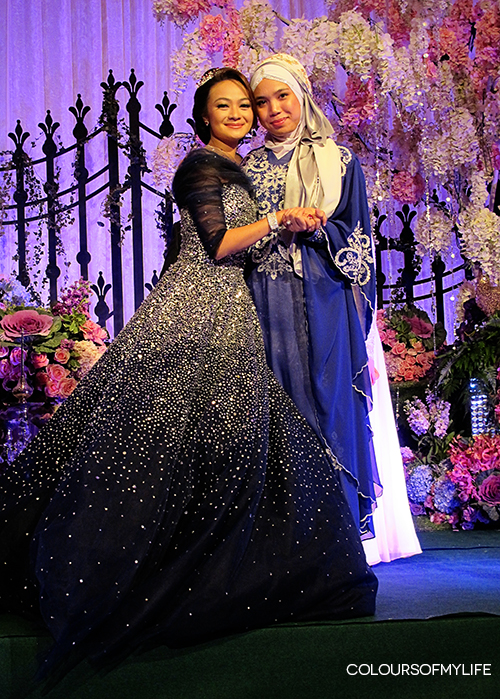 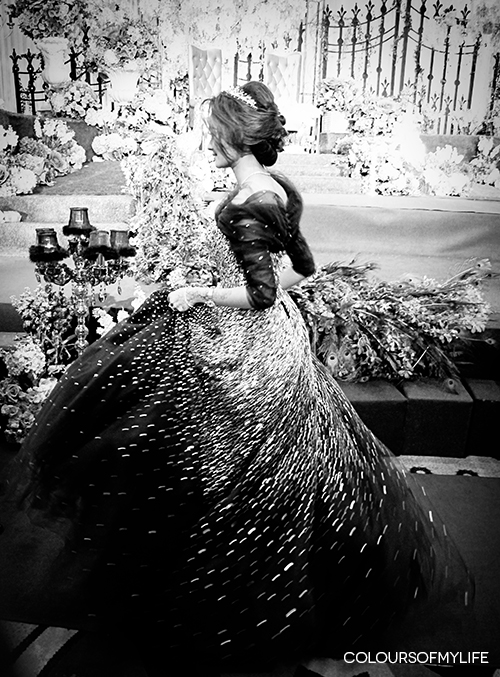 I love this shot.

I told you guys that you would be amazed. This was unlike any other weddings I had attended, that's for sure. In our group we always had a feeling Nona would be one of the first few to get married and we weren't wrong. I wonder who's next....
Email Post
Labels: beauty and fashion weddings

Laila said…
MashaAllah, what a beautiful wedding (May Allah give them a beautiful marriage too)

She looks stunning, so beautiful MashaAllah, and I'm in love with the two dresses!

Fida Islaih said…
This is amazing! Thanks for sharing (:
3:51 PM

Haneen Ibrahim said…
It's a dreamlike wedding! everything is so wonderful (wonderland got it!haha) May Allah bless them with a happy long life, good children and The Paradise in here after :)

PearlKaz said…
she looks gorgeous for sure.. Sangat cantik!!! they had traditional theme and now it's like western/english theme wedding.. love every details from her dresses and dais.. :D
9:03 PM

Anonymous said…
c'est magique ! thanks to share this event .may allah bless her marriage .zeinab
5:25 AM

Ghadeer said…
Oh my God! This is a BEAUTIFUL wedding dress! It makes me want to get married right now just to wear something like that!
7:52 AM

My Own Fairytale said…
Wow she looked amazing, masha'Allah