On the Christchurch Mosques Attacks 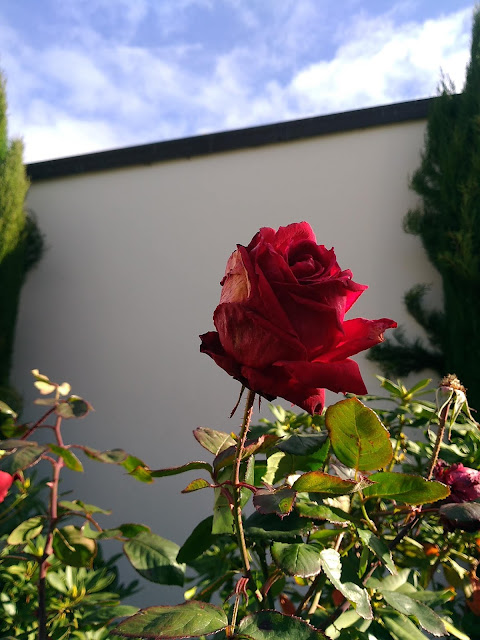 By now, news of the devastating attacks on two mosques in Christchurch, New Zealand have spread around the world. This photo was taken at Al-Noor Mosque as I admired the simple beauty of the mosque during my visit 2 years ago. Al-Noor Mosque is one of the two mosques that was attacked in New Zealand yesterday. To say the mosques attacks hit close to home would be an understatement.

According to the shooter's manifesto, he originally planned to attack Al-Huda Mosque in Dunedin, a mosque I frequented almost every day when I lived there for 8 years. A mosque many of my friends still go to today, especially for the congregational Jumaah (Friday prayer). The mosque is a place where we seek inner peace and a sense of belonging and to be attacked in a mosque is to be attacked while being completely defenseless and vulnerable. If you're a Muslim in New Zealand or a Muslim who has lived in New Zealand like me, chances are you know someone who was killed or hurt in the shootings. Words cannot express how much I love New Zealand and its close-knit Muslim community. I weep out of sadness, frustration and disappointment.

Innalillahi wa inna ilayhi rajioon. From God we come and to Him we return.

49 people were brutally murdered and at least 20 wounded during Friday prayers in Christchurch yesterday. Some were people I know or know of. Some were children who followed their parents who attend the weekly Friday prayer. To worship as a family and learn how to be loving, responsible, kind and resilient, as an individual and a community, is encouraged in the Islamic tradition. It may be hard to imagine what it's like to be Muslim, especially in a Western country, but for many of my friends and I, we know the fear, humiliation and disappointment all too well.

From the "random" airport security screenings to being passed over for a job because of our foreign names, to being placed in concentration camps, to walking alone in our hijab (headscarf), we know what it feels like to be dehumanized and afraid for our lives.

Therefore, we came up with ideas and action plans to foster understanding between communities. We opened up our mosques to anyone who wants to visit or ask questions. We volunteer. We work hard. We are generous with others. We do the best we can with what we have. But nothing is enough for the bigoted racists who want to tear us down and see us dead, be it spiritually or physiologically.

Thoughts and prayers are appreciated. However, when people of faith - such as Muslims, Christians and Jews - are now collective targets of organized white supremacist attacks we need to be moved into action by these thoughts and prayers, enough to create security, justice and understanding for the marginalized in our communities. From gun laws to systemic oppression to hateful rhetoric, it's up to us to change what is within our power.

I know it may not be much but I'm here if anyone feels like they need someone to talk to about these tragic shootings. You may reach me via Twitter or e-mail.