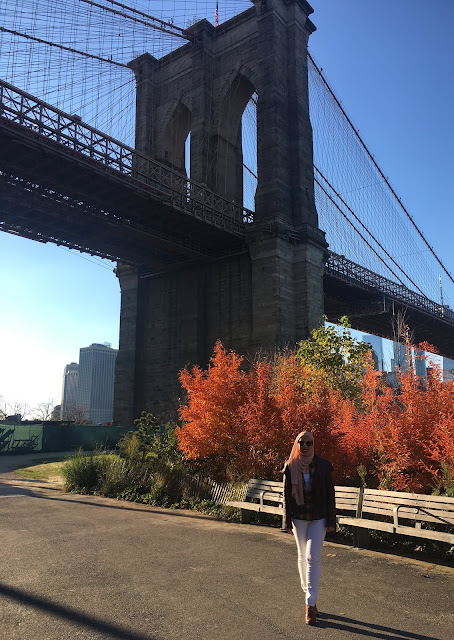 If you asked me 5 years ago where and what I would be doing now I would have said I'd be somewhere in New Zealand, perhaps working in media, an NGO that helps women and/or children or pursuing social entrepreneurship. All I wanted was to be where I could feel a sense of belonging and make a positive difference in the world, starting with my own little corner in the world. As I spent my defining years in New Zealand as a teenager and young woman, it made sense that I thought I would continue living there but God works in mysterious ways to show that while you may have a plan for life, sometimes life has a plan for you.


Now my own little corner in the world is in New York and I have someone to share it with. Getting married and moving to the United States is a bold move. I'm 25 hours away from my family in Malaysia and the political climate in the United States is... interesting, to say the least. I had my concerns about American culture and I still do. The hyper-sexualisation of women in America is one of the reasons they're often dehumanised, disrespected and undervalued. And don't get me started on the negative effects of American cultural imperialism and foreign policies.

But maybe love is what it takes for me to grow and develop more courage as a person, woman and Muslim and perhaps New York is what I need to learn and contribute the most. I can't deny some of the best minds are here in New York, a place of great diversity and possibilities.

"One isn’t born with courage. One develops it. And you develop it by doing small, courageous things, in the same way that one wouldn’t set out to pick up 100 pound bag of rice. If that was one’s aim, the person would be advised to pick up a five pound bag, and then a ten pound, and then a 20 pound, and so forth, until one builds up enough muscle to actually pick up 100 pounds.

And that’s the same way with courage. You develop courage by doing courageous things, small things, but things that cost you some exertion – mental and, I suppose, spiritual exertion.


So, here I am. Cards on the table and a heart with faith in the One who is al-Wadud (constantly Loving), al-Hakim (the Most Wise), al-Hadi (the Guide) and ar-Rahman (the Most Merciful). Taking it one day at a time as I watch God unveil His plans for me and I do my best to put in the work it takes to live a meaningful and courageous life.

Here's to everyone turning over a new leaf and letting go of their plans and expectations for something greater than themselves.