[Faith Friday] How Do We Fix a Broken World?: Reflections on the "Global Tawbah" lecture by Shaykh Hamza Yusuf 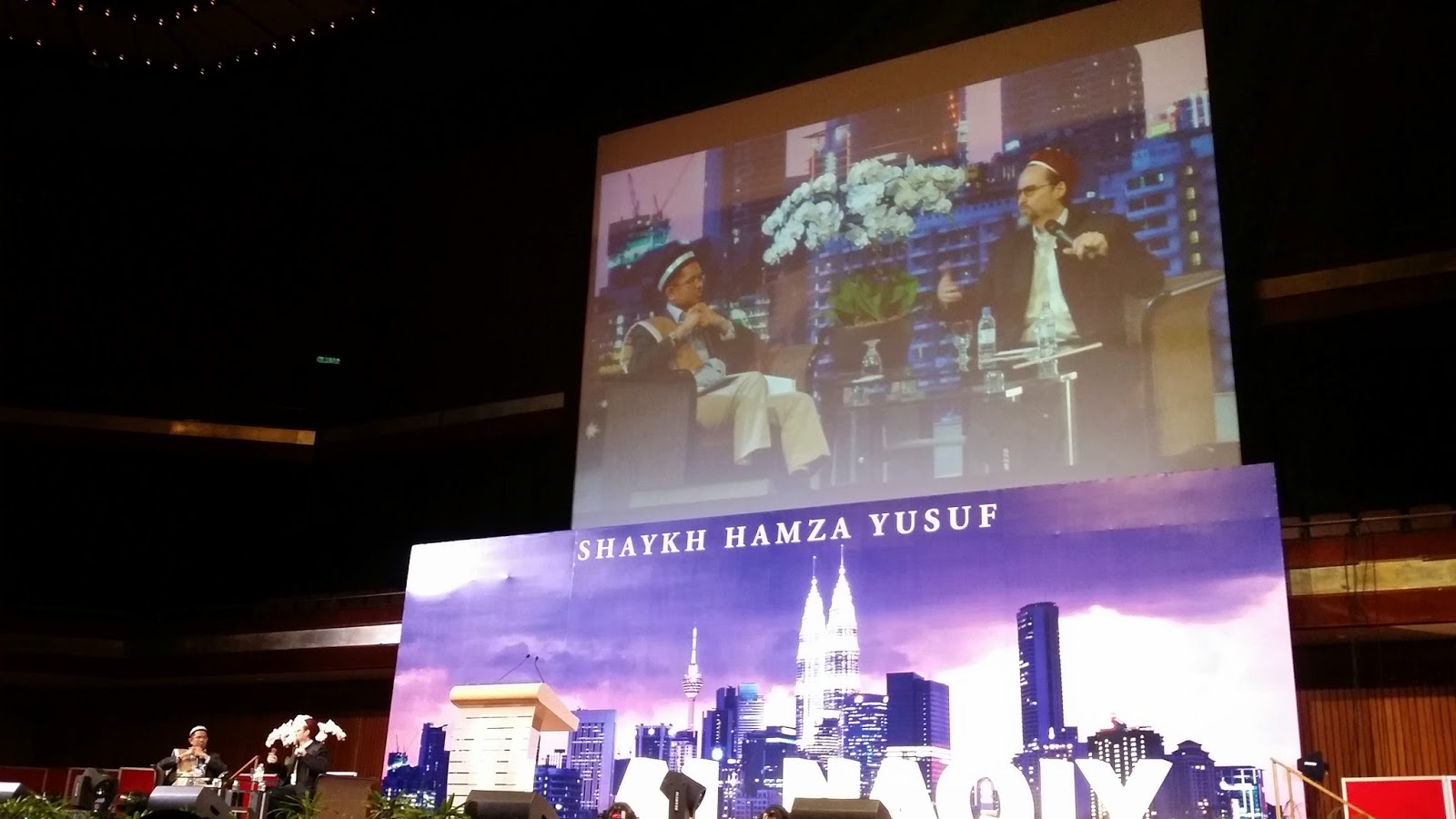 "Corruption has appeared throughout the land and sea by [reason of] what the hands of people have earned so He may let them taste part of [the consequence of] what they have done that perhaps they will return [to righteousness]." (30:41)

Shaykh Hamza Yusuf is a contemporary American Muslim scholar who has inspired many people, particularly Western (or Westernised) Muslims who can relate to the issues highlighted in his books, classes and speeches. I attended one of his events in Kuala Lumpur last night. It was a lecture entitled "Global Tawbah" and he addressed several concerns in relation to the modern Muslim world and ummah.

The act of tawbah, repentance or turning to God, is one of the most integral aspects of being Muslim. As humans we are driven by our ego, lusts and emotions. Yes, Allah (swt) created us with these qualities but He also created us with intellectual capabilities so we may we able to practice self-control.

Shaykh Hamza outlined three reasons for the existence of mankind:
1. To build and cultivate the Earth.
2. Stewardship.
3. To adore Allah (swt) through the 'aql (intellect), not merely through naql (revelation / evidences).

Therefore, what happens when we lose our sense of purpose or have a misguided idea of it? "The destruction of civilisation and the civilisation of destruction." When we allow our ego and lusts to take over our minds and bodies all Hell breaks loose on Earth.

"When we harm people from other cultures we harm our religion," Shaykh Hamza adamantly proclaimed and he is absolutely right. "They are not our teachers. We cannot use the excuse that they have done the same to others to justify violence." [paraphrased]

How do we fix a broken world? I wish I had the answer to that question. Maybe we should start by tending to our hearts, first and foremost. I also think Saint Augustine was clearly on to something when he said, "Since you cannot do good to all, you are to pay special attention to those who, by the accidents of time, or place, or circumstances, are brought into closer connection with you." Prophet Muhammad (saw) did say that a Muslim is one whose tongue and hands others are safe from.  Perhaps it would also be to always turn ourselves towards Him when we lose our way.

“Come, come, whoever you are. Wanderer, worshiper, lover of leaving. It doesn't matter. Ours is not a caravan of despair. come, even if you have broken your vows a thousand times. Come, yet again , come , come.” — Rumi


And although this shouldn't be used as an excuse to remain idle in our communities, there is only so much we can control in this life and there is hikmah (wisdom) in that. Sometimes we have to hold on to the words of Amir Abdul Qadir al Jaza'iri, one of the great Muslims of the 19th century (d. 1883),

"Beautiful patience, and our help is with God."
Email Post
Labels: faith friday Muslims in the West